On Friday, the weekly Commitments of Traders (COT) report was released, which shows positioning in the futures market, with the reporting week ending on Tuesdays. Recently there have been some notable changes.

Euro futures, for example, showed large speculators (i.e. – hedge funds, trend-followers) flipping from net short to net long two weeks ago, and further adding to their long exposure a second week in a row. This is the first time this group of market participants, in aggregate, have held a net long position since May 2014. Three long years holding short, which turned out to be the correct view. Actually, over the years large specs have had a pretty good track record of catching trends in the euro.

Let’s look at a simple trend-following system which establishes a long position when large speculators turn net long and a short position when they flip their position net short. Going back 14-years this has yielded about a 107% gain (excluding transaction costs and slippage). There were quite a few false signals (a common characteristic with trend following systems) and a few large drawdowns, but overall when a sizable trend emerged large specs have been on the right side.

The recent flip to a long position could very well be a long-term false signal, but we have to consider the possibility that they are onto yet another sustainable move. It’s early, but for now they are on the right side.

(*It’s worth noting, that the trend following system outlined does not have a great track record for many other currencies and markets. Large specs do OK in some, while others it’s a net negative effort. The best results among markets examined were in euro futures.) 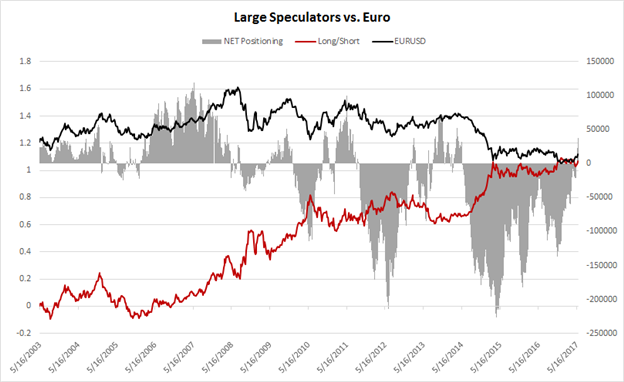 *Past results are not indicative of future performance.

Below are graphs of various other currencies and commodities overlaid with the net positioning of large speculators. We start with the Canadian dollar, which for a second week in a row moved further into record territory, with 98000 contracts held short. It’s an extreme which suggests the trend may be saturated and ripe for a reversal. 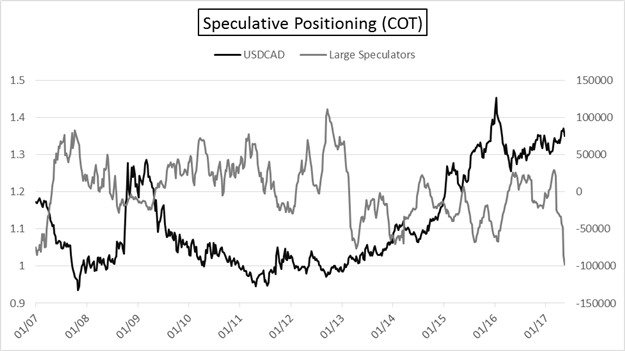 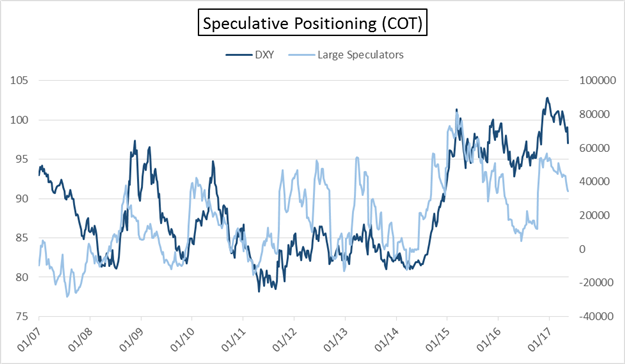 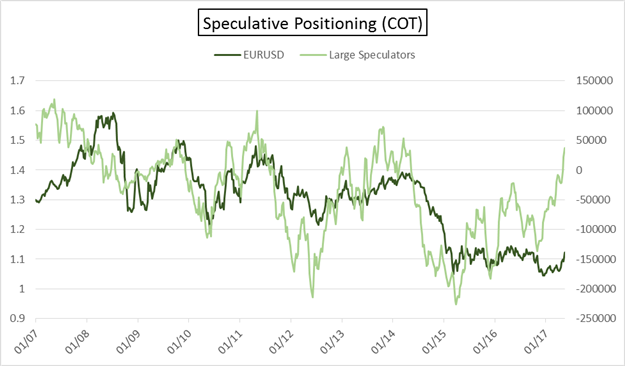 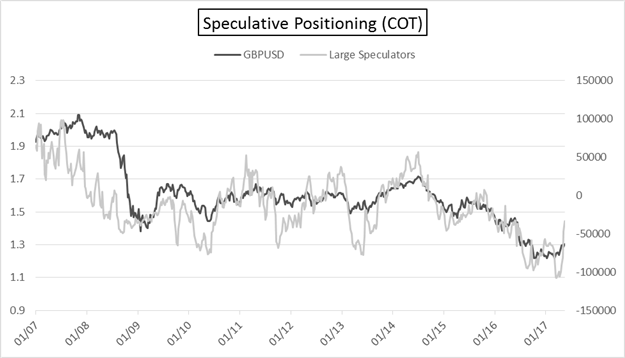 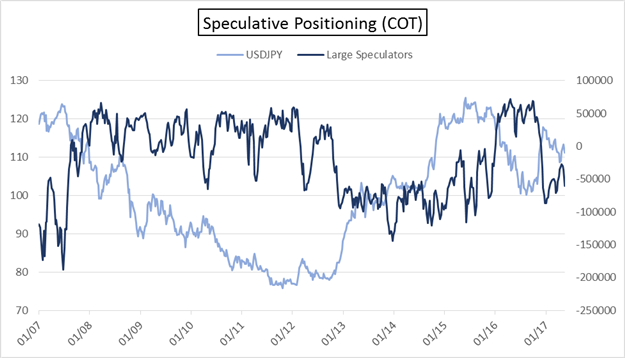 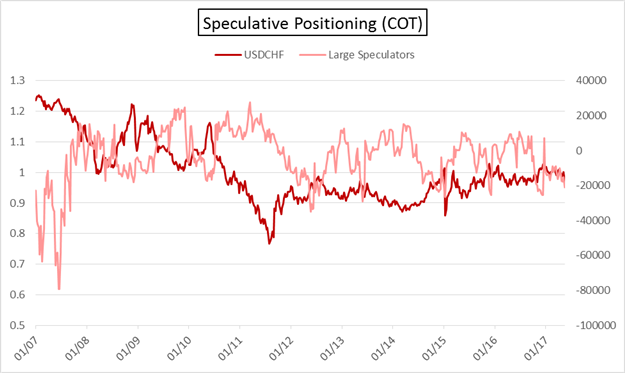 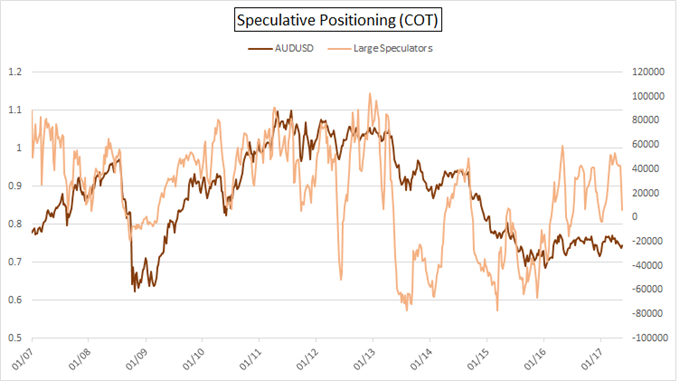 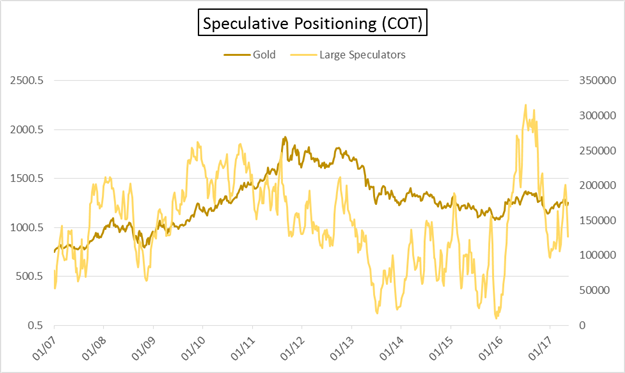 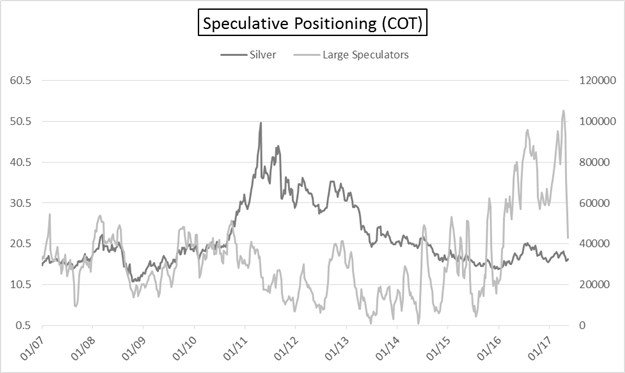 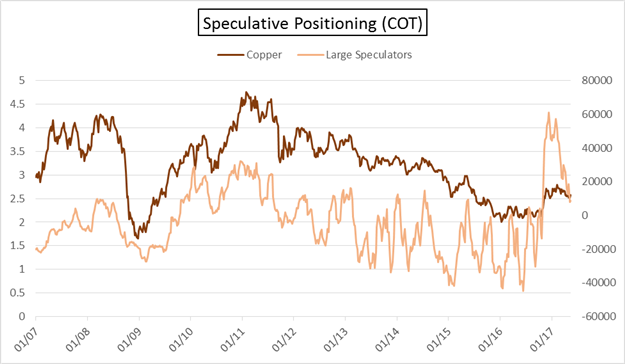 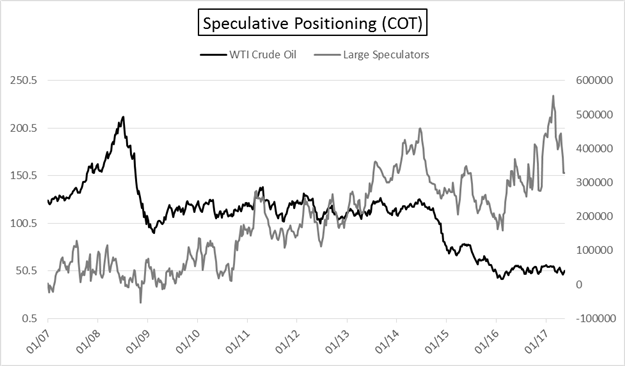