Check out our Q3 Forecasts for outlooks on currencies, commodities, and equity indices. 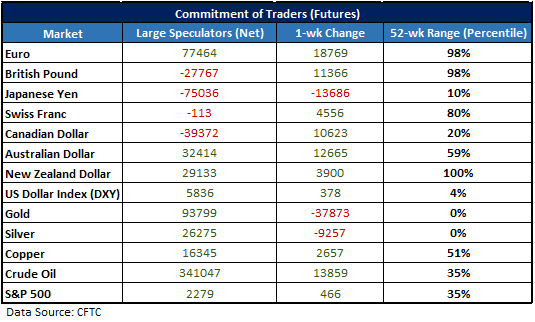 New Zealand dollar – Net positioning among large speculators showed a positive change (buying) for a seventh week in a row, building towards one of the largest net long positions on record. The increase in long positions comes even though we’ve seen no net gains out of NZD in the past three weeks. The growing number of longs and lack of upside momentum leaves kiwi vulnerable to a downturn, as there becomes an increasingly deeper pool of potential sellers. 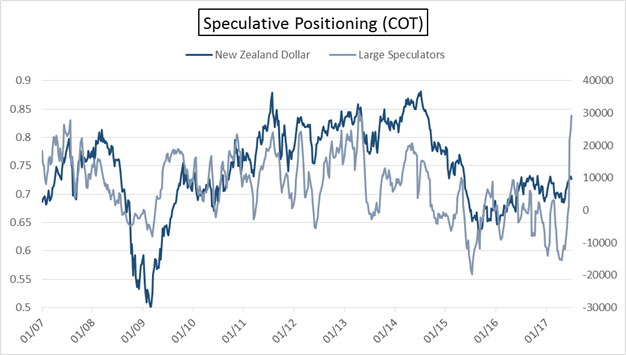 Canadian dollar – Large spec shorts cover for the sixth week in a row as the squeeze continues. At nearly the same pace which the net position was built it is unwinding. The Canadian dollar has had a surprisingly sharp move, the cleanest one-way move since rallying sharply during the first half of 2016. It may be overdone in the short-run, but with current market positioning nowhere near an extreme there could be significantly more gains to come for CAD. 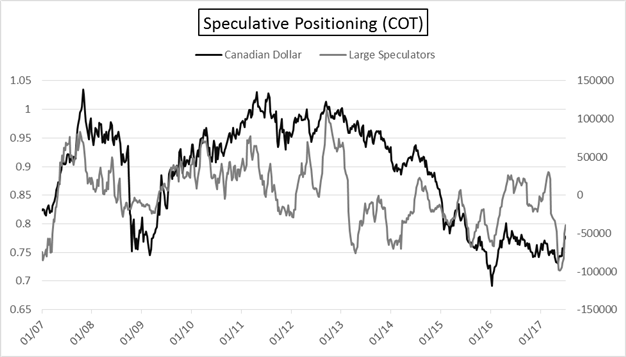 Gold & Silver – Precious metal traders continue to liquidate. Gold traders reduced their net long position for a fourth week in a row, pushing it to the smallest holding since February 2016. Silver contracts continue to get dumped at a feverish pace, with the net long position declining nearly 80k contracts since the record long position established in April. The extreme unwinding may indicate we are near a tradable low if the 14-year trend-line can hold. 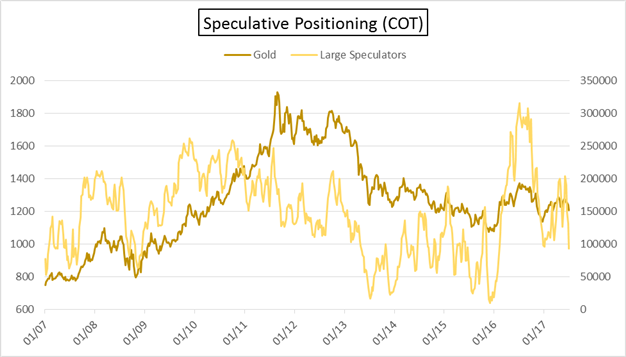 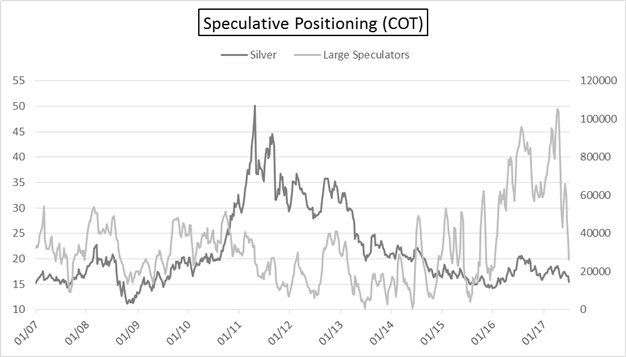 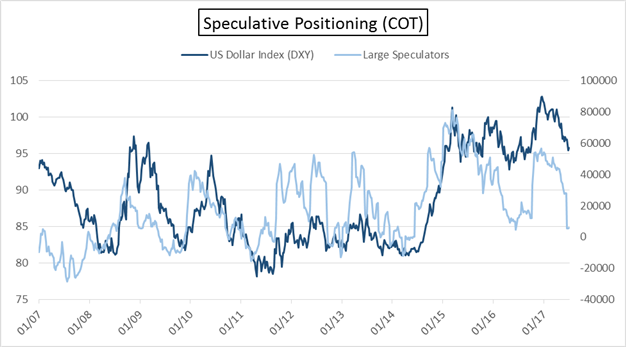 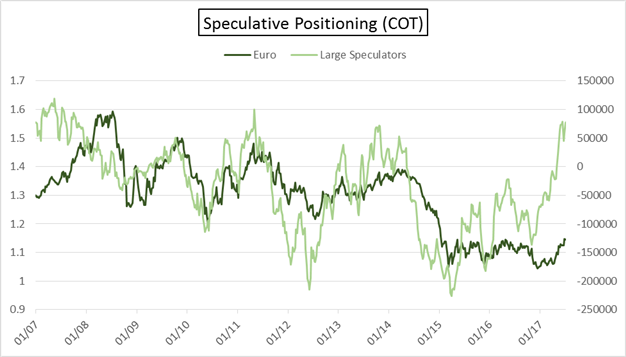 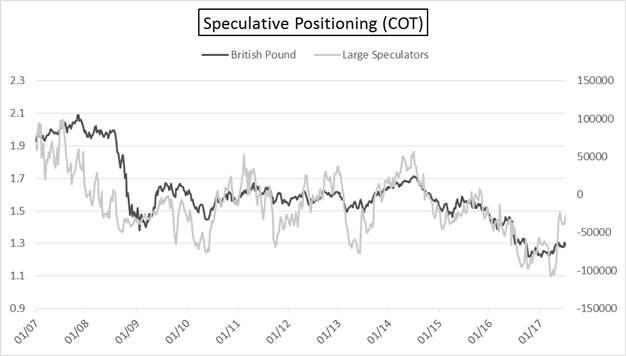 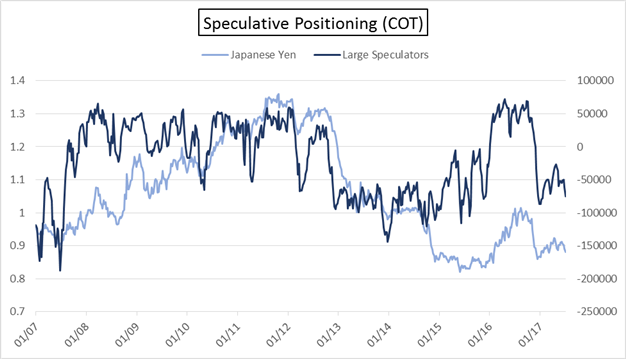 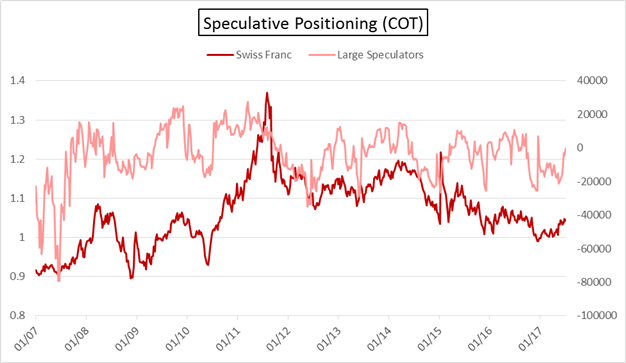 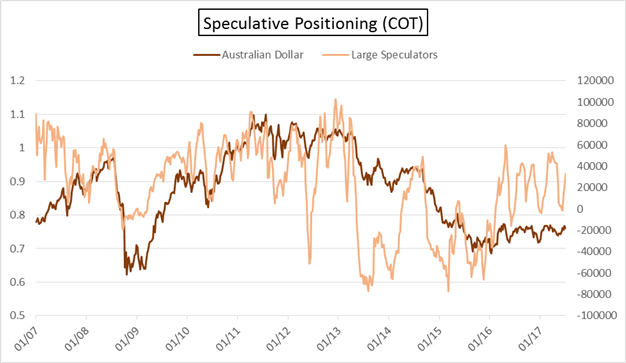 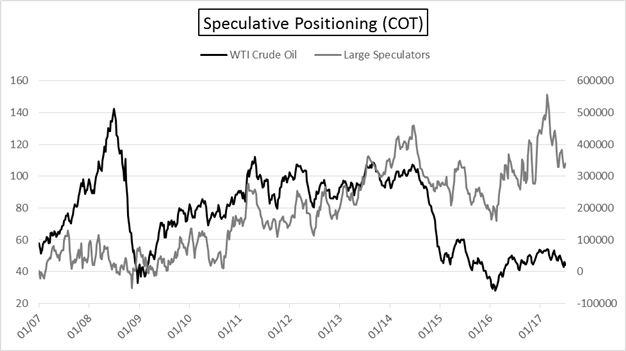 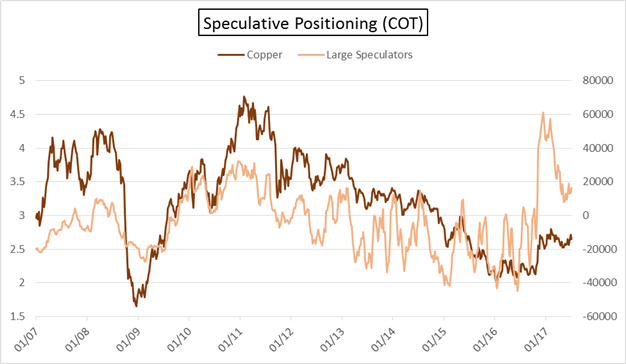 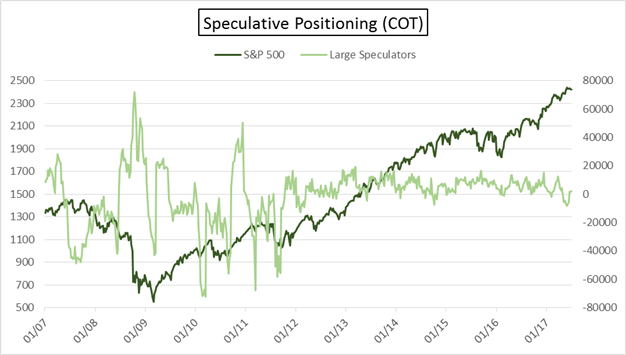