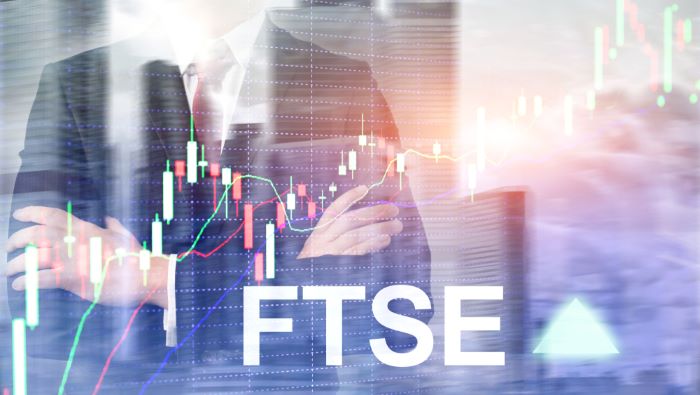 The Dax continued its rally off support in early European trade as markets were buoyed by Chinese stimulus and marginally better than expected German GDP data. Earlier this morning, the details of German GDP growth in the second quarter brought some positive surprises. Growth was slightly revised upwards to 0.1% Quarter-on-Quarter, from zero in the first estimate, which finally brought the German economy back to its pre-crisis level. Private consumption surprised to the upside (+0.8% QoQ) and even more importantly was revised upwards significantly in the first quarter to +0.8% QoQ, from initially -0.1% QoQ.

Later in the session Germany’s most prominent leading indicator, the Ifo index, just dropped for the third month in a row, coming in at 88.5 in August, from 88.7 in July. This is the lowest level since June 2020 which saw the index surrender 120 odd points of early session gains.Looking ahead, however, it is hard to see private consumption holding up when inflation is high, energy invoices will be doubling or tripling in the coming months and consumer confidence is at all-time lows. Today’s IfO index adds to the long list of evidence that the German economy is sliding into a winter recession. The question no longer seems to be if there will be a recession. The only question is how severe and how long that recession will be.

Energy prices continue their rise in Europe as German power prices for next year soared 13% to 725 euros ($726) a megawatt-hour. French power for the same period jumped 12% to 880 euros, or about 10 times the level it was a year ago.Supplies have been limited even more as Russia said it would temporarily cut flows through the Nord Stream pipeline from Aug. 31, triggering fears they may not resume. The rare positive being that gas storage in Germany is ahead of schedule.

Lastly, the minutes from the European Central Bank's latest policy meeting are due at 12:30 (BST) and will garner a fair amount of interest as this was the meeting that saw ECB hike interest rates by a bigger than expected 50 basis points last month.

From a technical perspective, we had a bearish engulfing candlestick close on the weekly chart which indicated the potential of more downside in the week ahead. Yesterday’s bullish candle close off support followed by this morning’s run up buoyed by positive sentiment, offers bulls some hope of a near-term advance.

The last daily swing low rests around the 13100 level (the blue line on the chart). A daily candle close below here could see us push back below the key 13000 level and retest the YTD lows. Alternatively with the shifting sentiment and the Jackson Hole symposium later in the week we could remain rangebound between the key level and 13500.

Psychological Levels and Round Numbers in Trading

FTSE 100:Energy and Mining Stocks Continue to Prop up the Blue-Chip Index

The blue-chip index staged a strong rally in early European tradewith the index up 50.59 points to 7522.10 thanks to mining and energy stocks. Market Sentiment was boosted overnight by China’s announcement of a further 1 trillion yuan (GBP120 billion) of measures to enable its economy to recover from Covid disruption.

British retailers meanwhile sprung a surprise with their strongest month of sales in August in nine months, confounding forecasts of a decline, as the cost-of-living squeeze hits households, figures from the Confederation of British Industry showed on Thursday.The CBI's July retail sales balance for August jumped to +37 from -4 in July. Despite this positivity with rising energy prices and warnings by the CBI earlier in the week that rising energy costs in the UK threaten to push thousands of UK companies to the brink of collapse.

On the corporate front energy and mining stocks continue to prop-up the blue-chip index thanks to gains of more than 2% for mining giants Glencore and Anglo American.BP also contributed to the improvement as shares lifted another 8.4p to 461.35p with the stock now trading back where it was pre-covid. Irish building materials firm CRH topped the risers board, adding 154p to 3285p following a 29% rise in half-year profits.

Attention will now turn to today’s start of the Jackson Hole economic symposium in Wyoming, with Federal Reserve chairman Jerome Powell due to make comments on US monetary policy on Friday.

The FTSE continues to display resilience as yesterday’s bounce off support continued in early trade. The index continues to buck the trend as losses have been capped in comparison to global indices.

We currently trade above the 50 and 100-SMA which served as support yesterday while we have struggled to hold above the 20-SMA this morning. The bullish trend may still be in play, but significant technical roadblocks need to be cleared for that to occur. We would need a catalyst which could come in the form of more nuanced messaging from the Fed at the Jackson Hole symposium.