Cable has continued its long-term uptrend. The chart below shows how price action has traded within an ascending channel with regularity as higher highs and higher lows were established. Yesterday, after bouncing off of channel support, the market breached the 1.3700 level.

Previously we mentioned that a break above 1.3700 may interest bulls, bringing the 1.3800 level of resistance into focus. However, it must be noted that the pair has struggled to reach the upper side of the ascending channel recently which may indicate a slow down in bullish momentum in the near term. 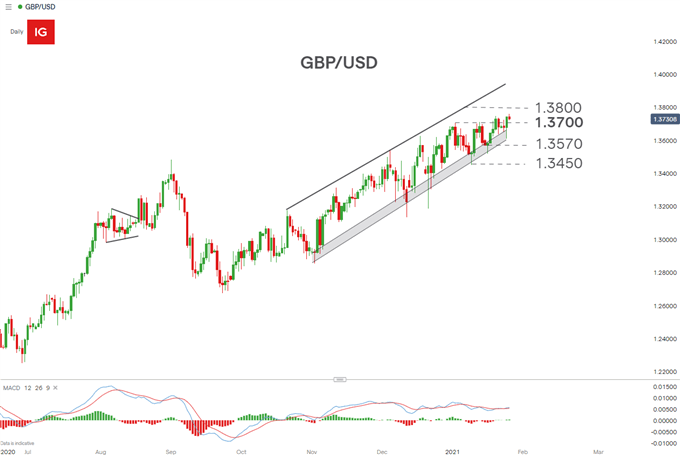 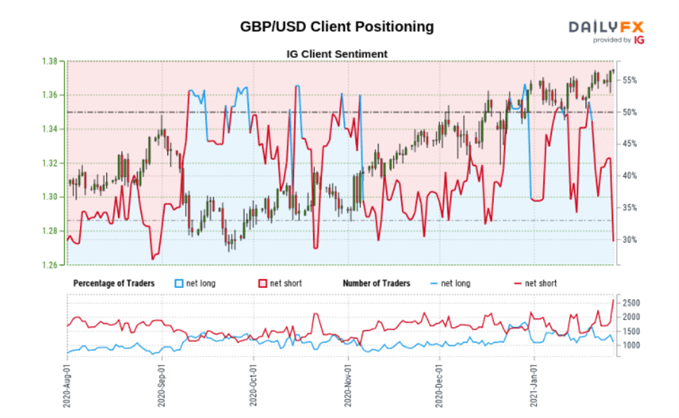 The recent break above trendline support buoyed bulls as a gradual move higher ensued. However the September swing high at 142.70 looks to be the next level of resistance and may prove difficult to breach.

The stochastic oscillator remains in overbought territory – although this is possible for extended periods- and serves as a potential warning that the 142.70 level may keep bulls at bay for now. 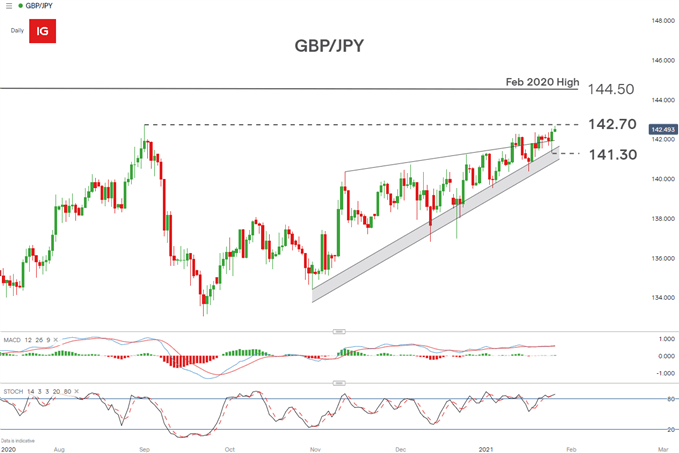 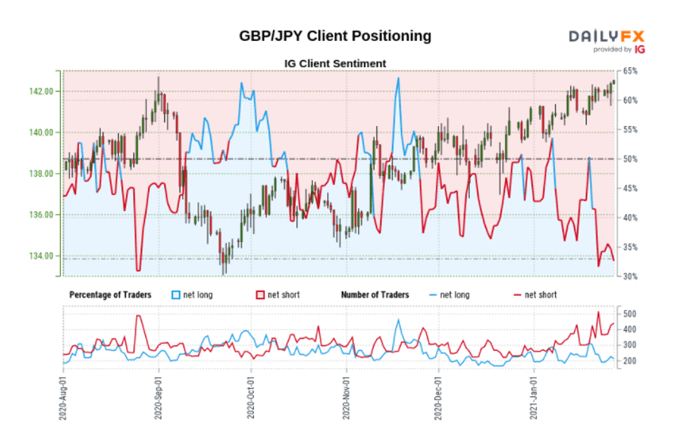 Summary: Recent increases in longs and overall long sentiment, despite the appearance of a bull flag suggest a bearish trading bias according to the IG Client Sentiment report

It’s unsurprising to see the equity index trading lower as the Pound Sterling moves higher. This is due to the existence of stocks with sizeable earnings denominated in foreign currency. When Sterling appreciates this results in fewer Pounds received for every unit of foreign currency.

While the FTSE is still largely seen to be in a long-term uptrend, we have witnessed a retracement in the form of a bull flag which is converging with the ascending trendline and an area of significance around the 6605 level.

Sterling depreciation may provide a catalyst for bullish continuation off these levels however, this remains to be seen. Additionally the stochastic indicator has just entered into oversold territory, something that FTSE bulls will surely be monitoring. 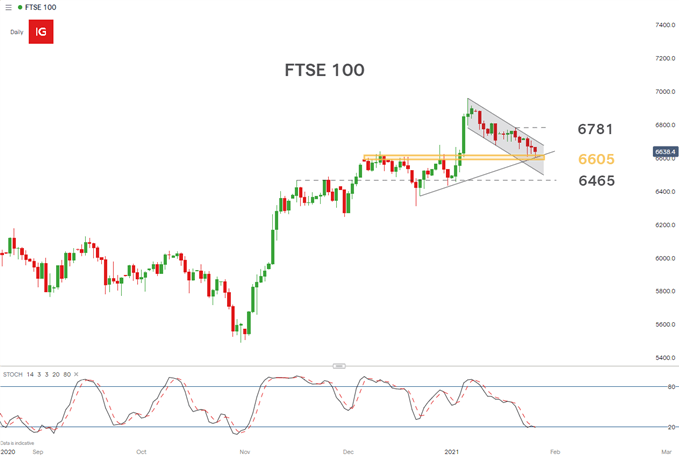 Positioning remains largely long, in aggregate, in line with the long-term uptrend 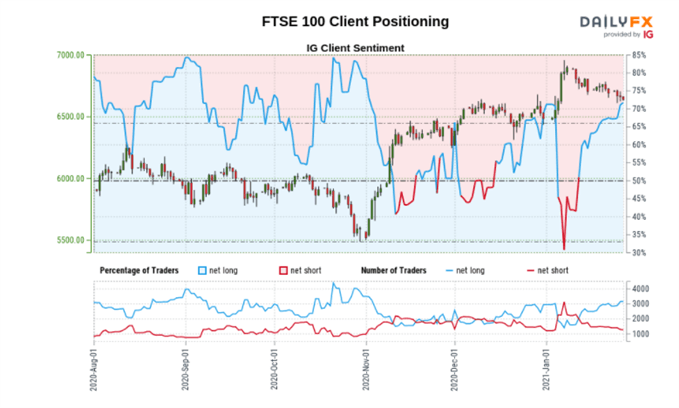