The Swiss Franc continues to put on an impressive display of strength against the Japanese Yen as CHF/JPY moves within striking distance of the current 2020 closing high following a multi-week rally in the cross. Given recent strength, CHF/JPY buyers will likely attempt a run for the 2017-2018 highs at 118.605-118.558. A bullish Simple Moving Average crossover formed in September, along with a very recent MACD crossover on the weekly chart. These may give bulls the technical backdrop to run higher yet. 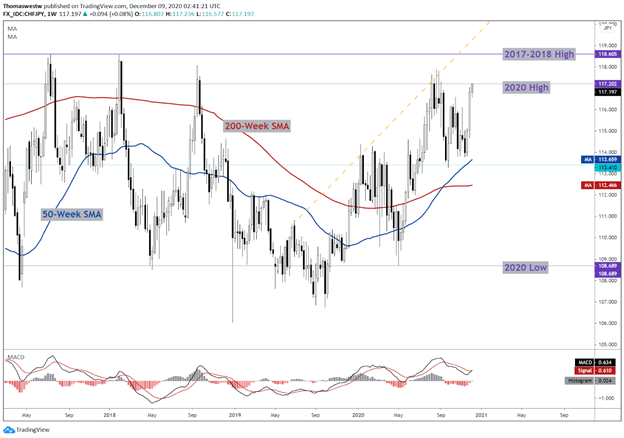 Since then, CAD/CHF eased to the downside where support appears to be offered by the 50-day SMA, and 38.2% Fibonacci retracement from the February-March range. The broader move may lean to the bullish side, however, following a Golden Cross with the 50-day SMA crossing above the longer-term 200-day this month. A breakout would require prices to breach the triangle’s upper-bound. 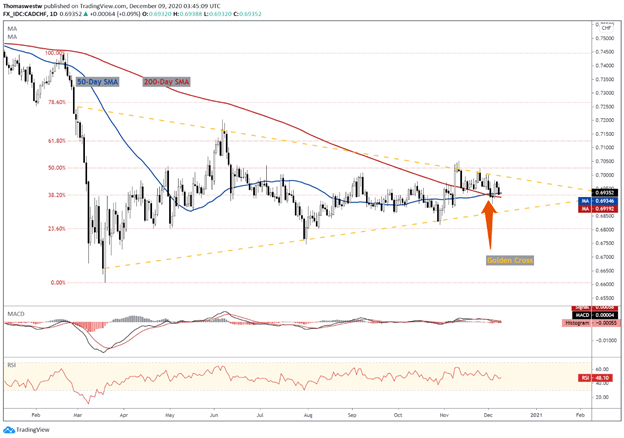 The Swiss Franc’s technical posture has fared worse against the New Zealand Dollar since NZD/CHF’s March low. Currently, prices are pulling back after rising to its highest level since January. Further movement to the downside appears possible with the current MACD signal line accelerating towards the zero barrier.

However, NZD/CHF’s RSI moderated Tuesday and the 50-day SMA shows the longer-term trend continues to favor upside momentum. The former July high (0.6226) directly below may stifle shorter-term movements if it acts as new support. For now, NZD/CHF may consolidate near current levels before bulls stage another rally. 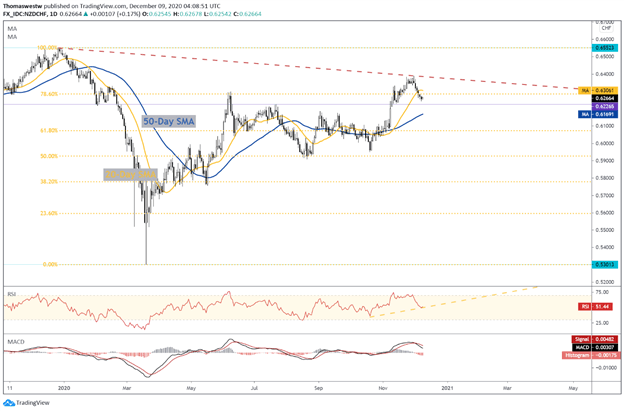