As of late the Japanese Yen hasn’t been providing much clues as to what it wants to do versus the US Dollar, but that could change against other currencies as extended moves into resistance levels, along with narrowing ranges threatens weakness. The moves may not be overly aggressive on the downside, more of a pullback, but nonetheless there does look to be a bit of an edge here.

GBP/JPY just the other day bumped its head up against resistance around 13575 after rising up out of a short-term range. The range-break is under threat of being reversed (if 13450 is cleared), which would be a short-term negative down to the bottom of the range at 13247. More of drop could be in store, but will start from there and see how price action behaves should that target is met. 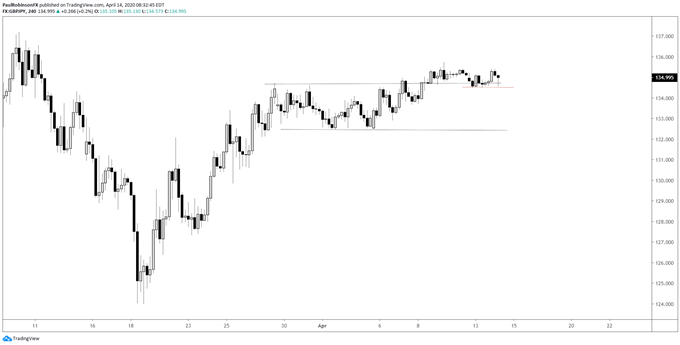 AUD/JPYis up against a couple of lines of resistance. One is running down from June 2016 under a pair of lows since then, also along the gap created on March 9. We are currently seeing a small turn lower, a retracement looks to be in the cards at the least. Watch 6770 as the first line of support on weakness, but a larger decline is seen as possible. Perhaps not a meltdown but an aggressive move could develop.

CAD/JPY doesn’t have great clarity at the moment, but that is exactly what could give it clarity later on. It is in the process of forming a wedge that later on could lead to another extended move lower. The broader trend is lower, so this would be in-line with the path of least resistance. It will take some more time before we can run strongly with this bias, but it is certainly becoming an increasingly likely prospect. 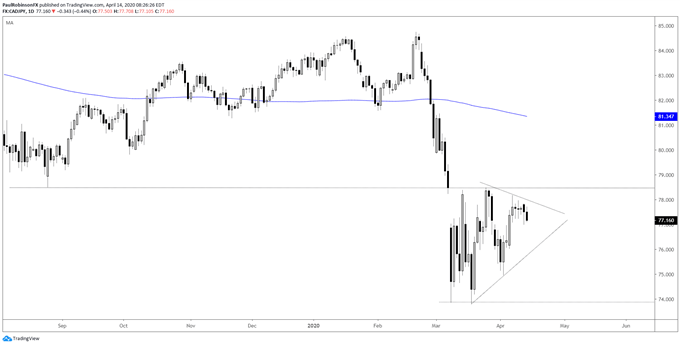 For all the charts we looked at, check out the video above…