A Guide to Day Trading Bitcoin and Other Cryptocurrencies

Bitcoin continues its recovery off the March 1 low around $8,400 and is pushing back above $9,000. The daily chart shows a few interesting set-ups which suggest a battle between bulls and bears is likely in the short-term.

Bitcoin broke below the 200-day moving average last week but this move has not been convincing so far with Wednesday’s small spinning top candle showing Bitcoin opening and closing around $8,750, on top of the 200-dma. Today Bitcoin has used this long-term moving average as a springboard to push higher.

The chart also shows BTC close to completing a head and shoulders pattern, albeit not a perfect set-up. This suggests that resistance to further upside will cut across around $9,200 to $9,500. In the way of the higher level, the 20- and 50-dmas are both situated at $9,300. The CCI indicator shows BTC moving out of oversold territory.

Next BoE Governor Doubles Down on Bitcoin

Andrew Bailey will become the new Bank of England Governor on March 16 and will become one of the world’s most influential central bankers. And this may not be good news for Bitcoin, with Mr. Bailey a known bear of cryptocurrencies. In a previous role as head of the Financial Conduct Authority (FCA), Mr. Bailey warned in December 2017 that ‘if you invest in Bitcoin, be prepared to lose your money’. The BoE governor doubled down yesterday, telling a Treasury Select Committee meeting that Bitcoin has ‘no intrinsic value’ adding, ‘There’s no guarantee of the value of Bitcoin. I’ve said publicly, because we are concerned about it...if you want to buy Bitcoin, be prepared to lose all your money’. 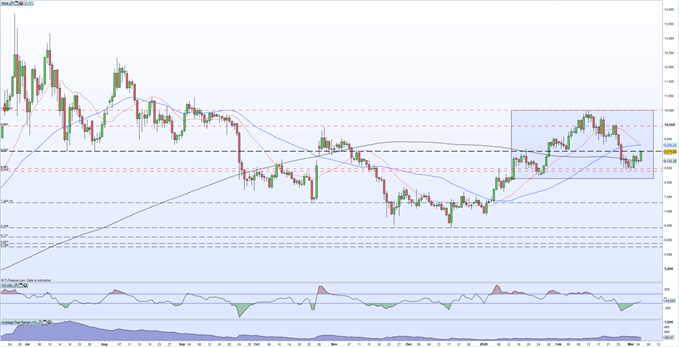 What is your view on Bitcoin (BTC) – bullish or bearish?? You can let us know via the form at the end of this piece or you can contact the author via Twitter @nickcawley1.