See our quarterly USD forecast to learn what will drive prices throughout Q3!

Bank of Canada to Stick with Neutral Stance

In recent months, communication from the Bank of Canada has been relatively quiet, as such, the outlook regarding monetary policy has been somewhat uncertain. However, today’s meeting will see the BoC provide updates on the economic outlook in its MPR, alongside a press conference involving the BoC Governor. As it stands, money markets are pricing in little in the way of changes in interest rates throughout the remainder of the year, while 9bps worth of easing is priced in by the end of 2020, which in turn raises the scope for surprise by the BoC in upcoming meetings.

At the September, the BoC’s bias had remained neutral adding slightly dovish signals as the central bank took note of escalating US-China trade tensions. That said, expectations are for the BoC to stick with its neutral bias and signal that current degree of monetary policy stimulus remains appropriate, given that Canadian data has held up as of late. Consequently, while option pricing shows that overnight implied volatility has more than doubled (Figure 1) to account for BoC and Fed risk, the implied move a relatively tame 60pips, in which we see the latter risk as the more important in providing volatility. 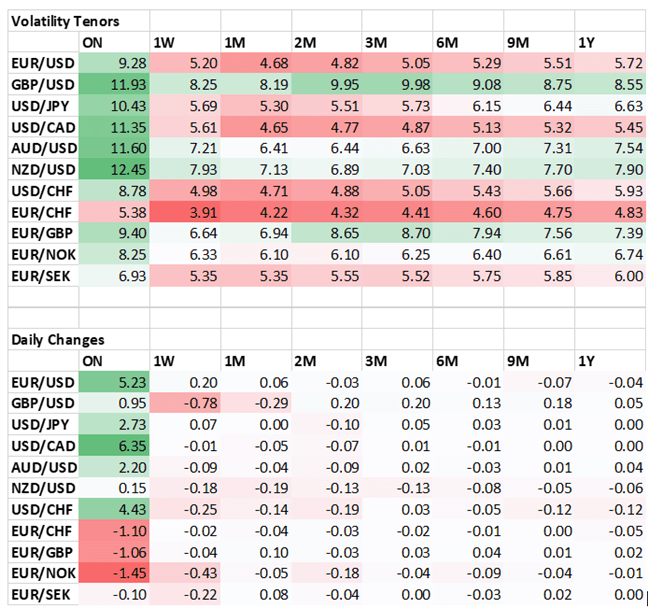 Investors Most Bullish on Canadian Dollar Since February 2018

In the week to October 22nd, CFTC data highlights that investors are the most bullish on the Canadian Dollar since February 2018 following a $1.5bln increase in net longs to $2.5bln, which is also above the 1-standard deviation above the 3-year mean. Alongside this, retail trading sentiment via IG notes that over 74% of traders are net-long providing a stronger contrarian bias. 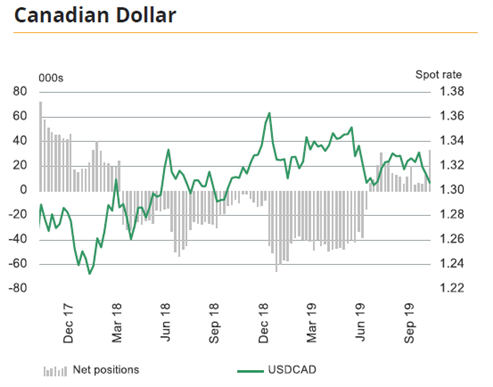