The US Treasury released data on international holdings of US debt today which showed a Net Long-Term TIC inflow of $99.1 billion in June. Although the US Dollar had a muted reaction to the report – likely overshadowed by recent trade war headlines with china and global growth worries – the TIC report could put upward pressure on the US Dollar in coming days, as appetite for US debt appears to be plentiful. The USD is trading up on the day after US retail sales data showed strong consumer demand in the US service sector this morning. Downward pressure exerted on the Euro following dovish ECB comments is also bolstering the greenback. 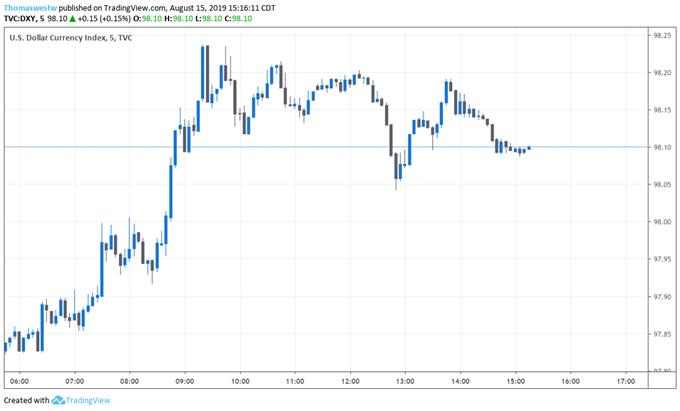 As the China-US trade war continues, China has increased their exposure to US Treasuries by $2.3 billion in June to a total of $1.11 trillion. This was China’s first increase in Treasury holdings since February. Despite the increase in Chinese demand for US debt, Japan overtook China as the number one foreign holder of Treasury securities with a whopping $21.9 billion increase in Treasuries to total $1.12 trillion.

China’s Holding of US Treasury Securities (Value in Billions) 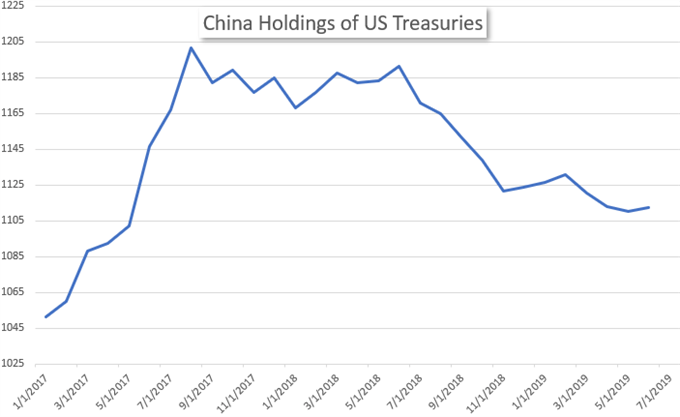 Some market participants have speculated that China could weaponize their holdings of US Treasuries by dumping them in aims of pushing up US interest rates which would likely stand to hurt the US economy. With the increase in China’s holdings of US Treasuries alongside robust demand elsewhere, the downside risks of an abrupt selloff in US government debt appear to be fading.