Euro price weakness looks likely to continue as EUR-currency pairs sink in response to the latest ECB commentary from Finnish central banker Olli Rehn. ECB’s Rehn stated the importance of outlining a “significant” and “impactful” stimulus package that overshoots market expectations at its next monetary policy meeting in September. Rehn cited that the Eurozone’s weakening economy – most recently evidenced by Germany’s GDP contracting by -0.1% in Q2 – justifies aggressive easing of monetary policy which could include rate cuts and substantial bond purchases. 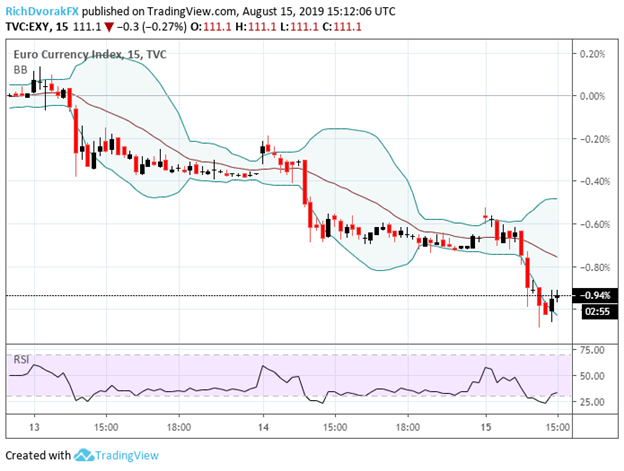 The dovish ECB remarks is extending Euro downside recorded so far this week that was initially sparked by a jump in the US Dollar following news that President Trump will delay tariffs on China. Dismal Eurozone economic data released during Wednesday’s trading session accelerated the Euro’s selloff and could largely be factoring into Rehn’s renewed calls for ECB policy accommodation. Now, the Euro is lower by nearly 1% since Friday’s close measured by the EXY Euro Currency Index. 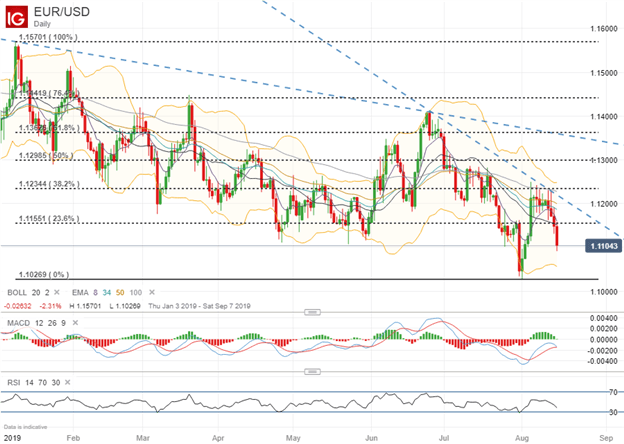 The forex market's initial reaction pushed spot EURUSD below the 1.11 handle before prices recovered slightly. The overarching downtrend in EURUSD could be reinforced owing to Rehn’s dovish ECB commentary and anticipated capitulation by the central bank to provide aggressive monetary stimulus. 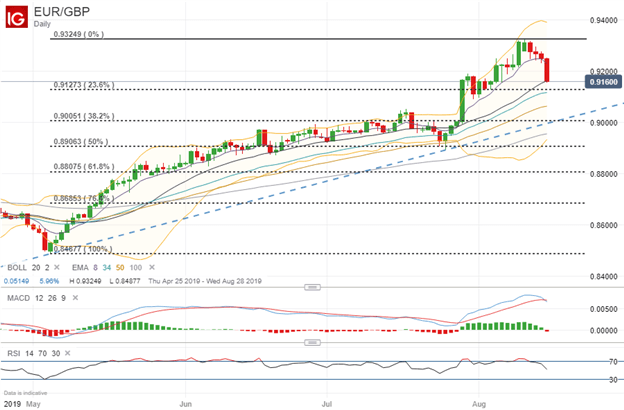 The Euro’s slide so far today is most notable against the British Pound Sterling. Spot EURGBP began to sink earlier Thursday following better-than-expected UK retail sales data. Also, EURGBP looks to continue its retracement lower after upbeat Brexit commentary earlier this week aiming to prevent a no-deal departure from the EU has bolstered the British Pound. 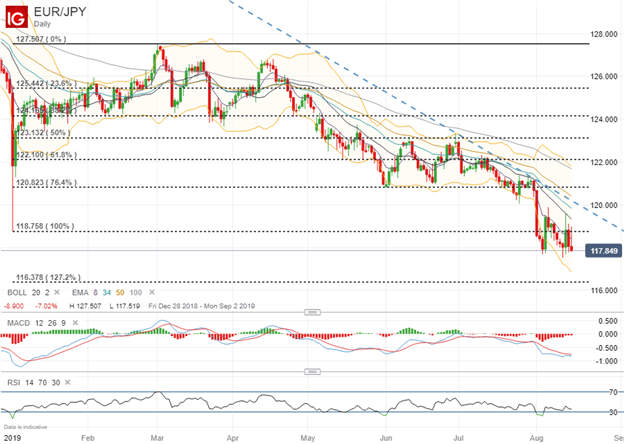 Euro weakness is clearly evident when looking at spot EURJPY price action. The currency pair is flirting with its lowest level since April 2017 as risk appetite remains tarnished by market angst over slowing global growth which has led to several sovereign yield curve inversions.