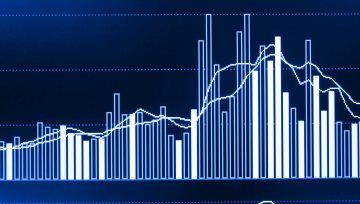 Both the Swedish Krona and Norwegian Krone were in pain after manufacturing PMI fell short of expectations. In Sweden, the diffusion index showed a reduction to 50.9, missing the 52.8 estimate while the previous report suffered a downward revision from 52.8 to 52.5. In Norway, data came in at 53.8 and missed the 56.8 forecast with the previous publication showing a downgrade from 56.8 to 56.3.

US Dollar crosses with the Krone and Krona experienced a boost and reinforced bullish sentiment that is underpinned by a favorable fundamental and technical outlook. While Sweden has struggled in a slower global economy, Norway has fared better, managing to leverage rising crude oil prices to its advantage. To learn more about this, you may follow me on Twitter @Zabelin.Dimitri.

Later today, Norwegian unemployment rate data will be released with expectations of 2.3 percent, 0.1 percent lower than the previous 2.4 percent publication. This will be particularly important given Norway’s economic docket next week. More on that later.

Yesterday’s US economic data was overall impressive with factory orders showing a 1.9 percent increase, beating the 1.6 percent estimate. Now, global traders are holding their breath as they wait for key economic indicators coming up. NFP and unemployment data will be released later today with anticipations of 190k and 3.8 percent, respectively.

The inflationary pressure these indicators could produce give them extra weight especially after Wednesday’s FOMC meeting and Fed Chairman Jerome Powell’s commentary. Overall, US economic data has been broadly underperforming relative to analysts’ expectations, perhaps suggesting that economists are overly optimistic on the outlook for the US economy.

Next week, the economic docket for Norway is pollinated with major domestic event risk. Most of the potentially market-moving news is cemented in the tail end of the week. On May 8 industrial production data will be released with the central bank rate decision on May 9 and CPI the following day. Meanwhile, in Sweden, the economic docket contains peripheral data that is not likely to elicit any major price shifts.

Chart of the day: USD/SEK, USD/NOK 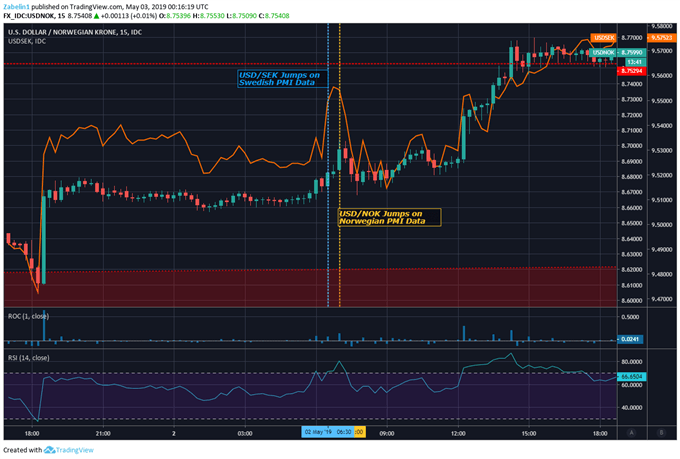