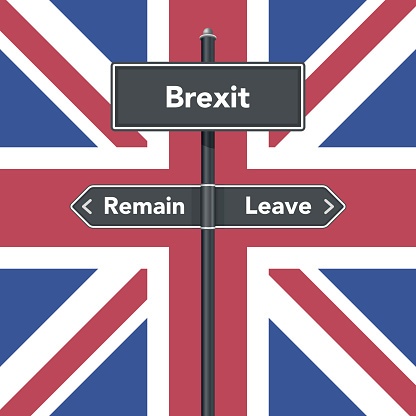 We have recently released our Q1 2019 Trading Forecasts for a wide range of currencies and commodities, including GBPUSD along with our latest fundamental and medium-term term technical outlook.

If you are interested in trading, or just curious about how and why market moves occur, we have produced a new guide – How to Start Trading: Top Tips and Guides for Beginners – to help you start your journey.

The British Pound remains well bid overall as we start a new week, despite currently trading in the red. On Tuesday UK PM Theresa May’s Plan B will be debated in Parliament along with a raft of proposed amendments. After voting on the latter, PM May will return to Brussels to seek concessions – unlikely to happen – before returning to Parliament. It is likely that the EU will offer PM May nothing until she presents them with a plan that has the majority backing of the House. This may be take a few weeks.

The daily chart shows Sterling’s recent progress and highlights an important technical resistance level holding back GBP’s progress. The 31.8% Fibonacci retracement at 1.3177, while broken, has not been cleared cleanly and will continue to act as a short-term ceiling. The pair have also just hit, and dropped from, overbought territory, indicating that the recent rally may pause before moving higher. GBPUSD trades above all three moving averages by some margin, and near-term support should appear around 1.3130, the top of the Jan 24 trading range, head of a previous swing-low (November 22) around 1.3070.

The IG Client Sentiment Data shows how retail traders are positioned and why it matters. Currently retail are 44.8% net-long of GBPUSD, a bullish contrarian set-up. However, daily and weekly changes in the data set give us a stronger bullish contrarian trading bias. 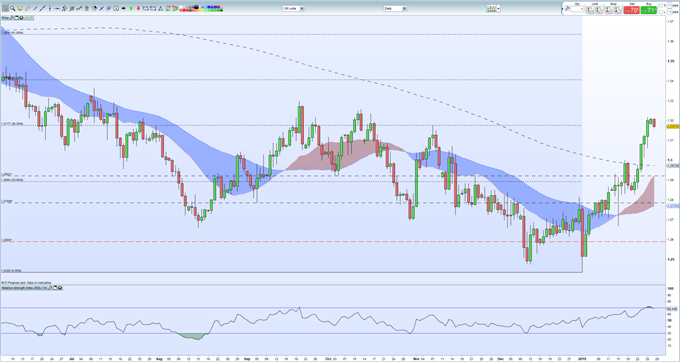