See Q1’19 forecasts for the Dow, Dollar, Bitcoin and more with the DailyFX Trading Guides.

Economic data from the world’s largest economy has been halted for the last month as the government shutdown continues to chip away at US GDP each week. Prior to the shutdown, US GDP was already slated to decline steadily as the impact of President Trump’s tax cuts fade. To compound this, a week of government closure equates to a -0.13% hit on total GDP according to the White House. Now that economic data is sparse, investors and economists are effectively flying blind. 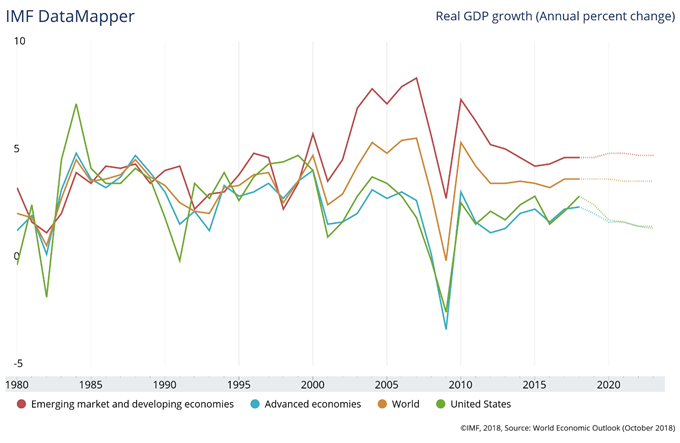 In lieu of hard data, investors look to sentiment and confidence readings to bridge the gaps. In a recent PwC survey, nearly 30% of 1,300 business leaders believe global growth will decline in the next twelve months. The level of pessimism is roughly six-times higher than it was one year ago.

Notably, the largest shift in sentiment came from North American executives. Optimism dropped from 63% to 37% in 2018 to 2019 and aligns with survey results from Boston Consulting Group conducted late last year which found 73% of respondents see a recession within the next two years. 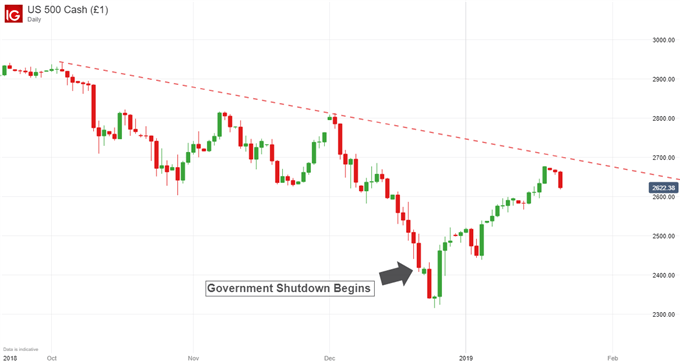 While the S&P 500 seems to be taking the lack of information in stride, negative impacts will only be exacerbated as the shutdown continues. With each day the government is shuttered, the pace of contraction will only grow steeper. Further, once the government is re-opened and data like the Federal Reserve Bank of Atlanta’s GDPNow model begin to cross the wires once again, the data gap could deliver a shock to newly reported figures.