The monthly survey of consumers from the University of Michigan was released Friday morning to reveal no-change from November for consumer sentiment. The index read 97.5 and equals the average from January 2017 to December 2018. According to Richard Curtin, the survey’s curator, the last time the sentiment index was consistently above 90 for at least this long was from 1997 to 2000. During that time, the four-year average was 105.3. 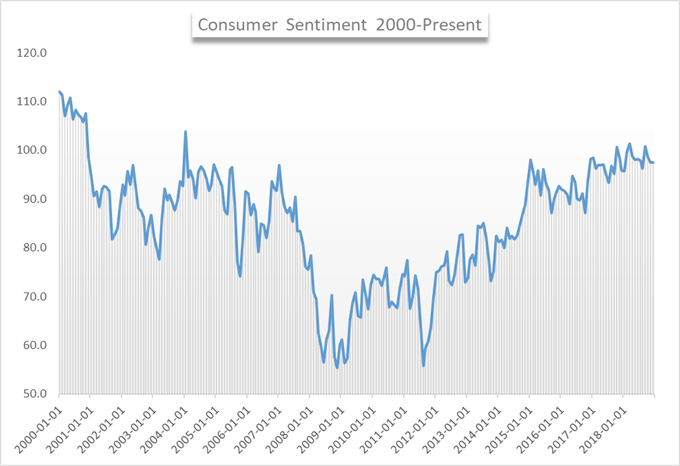 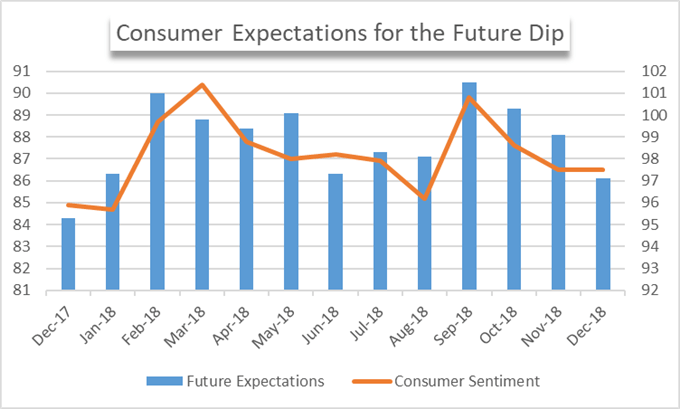 The index of consumer expectations was the sole area of December’s report that read lower. While it suffered a slight decline, the change from 88.1 to 86.1 is well within the acceptable range and was easily offset by the uptick in current conditions.

That said, the index has declined for four months straight and various factors have been to blame. In previous declines, rising interest rates were cited as consumers voiced concern over higher borrowing costs. This month, the headline concerns were job prospects for the future.

The concern was verified from a hard data perspective after a disappointing non-farm payroll release also on Friday. Still, the unemployment rate remained at a multi-year record 3.7%. With the list of concerns for the future growing, future reports may begin to see a slight dip in consumer sentiment. As a leading indicator, a dip in confidence would bolster the argument of many speculators that assert global growth is slowing. But currently, consumers remain confident and the holiday season offers an opportunity for increased consumer expenditure.