US AM Digest: GBP Slips on Weak Data, EUR up as Italy Pledges No Euro Exit

GBP: The Pound fell sharply following a raft of weaker than expected economic data points. UK Manufacturing Output saw its largest monthly fall since October 2012, falling 1.4% vs. expectations of a 0.3% rise amid continued slowing of international demand and a subdued domestic market. Construction Output fell 3.4%, sharpest decline since August 2012, while the UK posted its second widest deficit on record at £14bln. Consequently, this does not bode well for the BoE and rate hike expectations as this suggests that underlying economic factors remain week. GBP back to the mid-1.33 vs. the greenback, having pushed through 1.34. EURGBP looking at last week’s high situated at 88.38, a break could set up a move towards 0.8900.

EUR: The Euro has cheered remarks made by the Italian Economy Minister over the weekend, stating that Italy has no intention of abandoning the Euro. This has led to a narrowing of bund-BTP spreads, which in turn has underpinned EUR gains. Elsewhere, focus will be on the ECB meeting, where council members will discuss the process of exiting its current QE program. EUR buying likely to continue in the run up to the meeting, EURJPY looking for a break of 130.25 in order to open up a move towards 134.

CAD: The Loonie is the worst performing G10 currency amid the G7 row between President Trump and PM Trudeau. Subsequently, this has raised fears that the Trump administration could potentially scrap NAFTA negotiations altogether. Additionally, the weakness observed in oil markets have also contributed the softer CAD, which has now moved past 1.30 against the USD.

Oil: WTI and Brent crude futures are leaking lower this morning amid reports late last week that Russia and Saudi Arabia had increased output by 100k bpd with the latter planning to raise output again. This also comes ahead of the OPEC-Non-OPEC meeting on June 22nd where it is expected that Saudi Arabia will try to persuade other members to boost production. On the US front, drilling activity continued to be upped with oil rig counts rising for a third consecutive week, according to Baker Hughes, subsequently raising concerns of a flood of US oil supply. 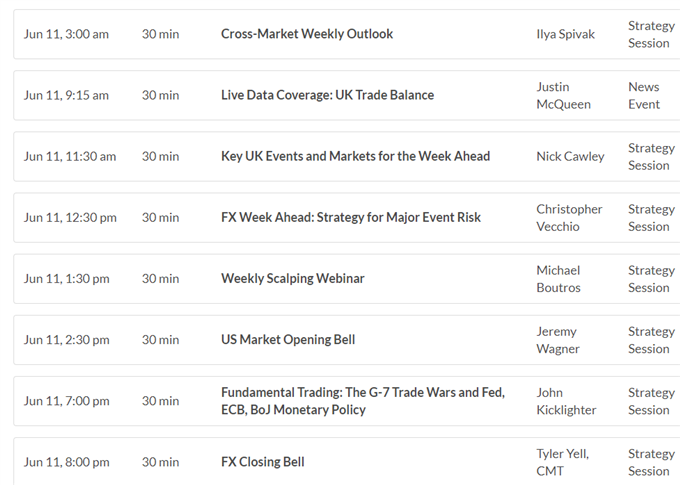 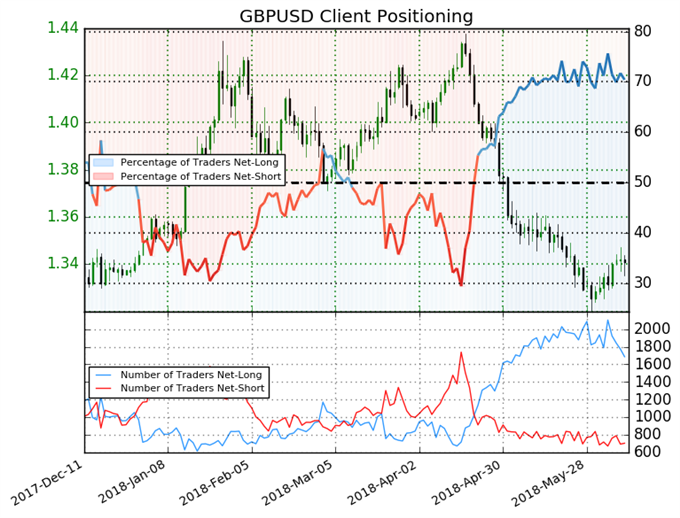 We typically take a contrarian view to crowd sentiment, and the fact traders are net-long suggests GBPUSD prices may continue to fall. Traders are further net-long than yesterday and last week, and the combination of current sentiment and recent changes gives us a stronger GBPUSD-bearish contrarian trading bias