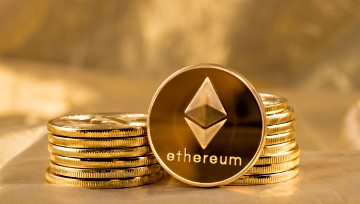 - Ethereum climbs for nine days in a row as other coins falter.

Ethereum (ETH) has regained its place as the second-largest cryptocurrency after rising for nine days in a row, despite Monday’s market sell-off. The digital coin has added nearly 75% to its market value, now at a record $121 billion, in 2018 and could likely challenge Bitcoin (BTC), market cap of $258 billion, as the dominant cryptocurrency this year.

One negative on the daily Ethereum price chart, shown below, is Monday’s ‘long-legged’ doji. While the trading range for the day was wide at over $250, the price finally settled nearly mid-range, a sign of investor indecision. Tuesday’s candle has just broken above Monday’s range but it will need a strong close above Monday’s high to keep the bullish impulse intact.

Speaking to CNBC on Monday Ethereum co-creator Steven Nerayoff spoke about the potential exponential growth prospects for Ethereum-based projects, a situation that could send the coins price spinning higher. Nerayoff told CNBCthat billions of US dollars are being poured into Ethereum projects, maybe 10 times more than last year, “which could easily lead to a doubling, probably a tripling in the price by the end of the year.” Ethereum has caught up on rival Bitcoin (BTC) over the last few weeks due in part to faster processing times and cheaper transaction costs. 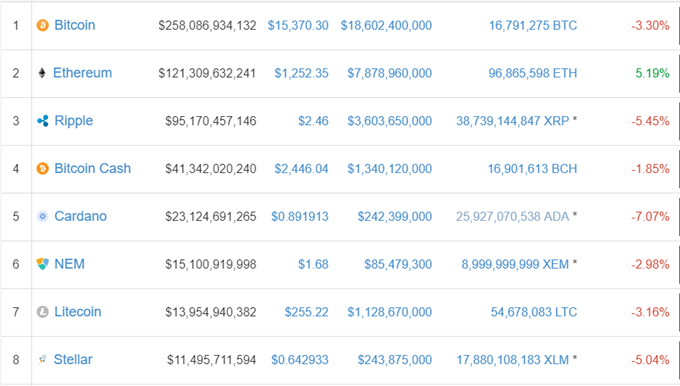 If you are interested in trading Bitcoin, Bitcoin Cash or Ethereum we can offer you a wide range of free resources to help you. We have an Introduction to Bitcoin Trading Guide along with a Free Practice Account. In addition we run a Weekly Bitcoin Webinar and have an IG Bitcoin Sentiment Indicator to help you gauge the market and make more informed trading decisions.