Both the Australian Dollar and the Japanese Yen found themselves little moved despite very strong data from their respective economies Wednesday, possibly underlining the extent to which interest-rate expectations are running the foreign-exchange table.

Australian consumer confidence soared this month, according to a regular survey from major lender Westpac. Its indicator rose by 3.6% on the month, vastly ahead of expectations, to hit its highest level for twelve months.

However, the Australian Dollar barely moved against its US cousin on this ostensibly happy news. 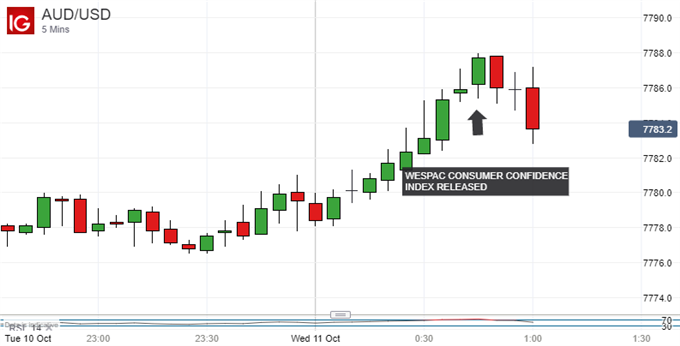 The Japanese Yen was similarly torpid on the release of an extremely punchy domestic bellwether. Machine orders surged by 4.4% on the year in August, making a mockery of the 0.8% rise expected and more than banishing the previous month’s 7.5% fall. And yet the Yen went, well, nowhere much. 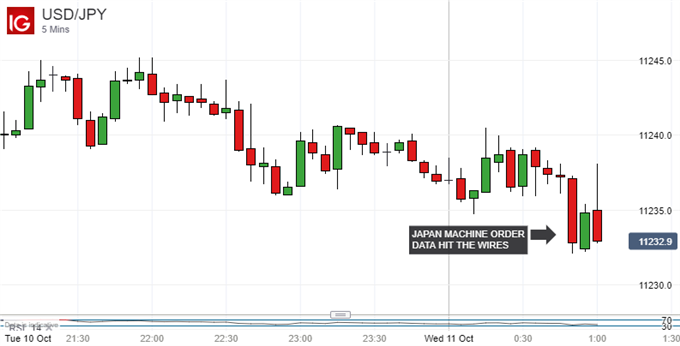 It’s probable that the reason for both currencies’ inaction lies in the fact that neither data point will make any difference at all to their countries’ respective monetary policies over the short term.

Bank of Japan Governor Haruhiko Kuroda was customarily forthright this week in his defence of ultra-loose monetary settings, until such time as annualized consumer price inflation is sustainably near 2%. It was at 0.7% when last we got a look. So, if we take Mr. Kuroda at his word, Japan could well have years of uber-stimulus ahead of it, presumably whatever the economic numbers have to tell us.

Similarly, the Reserve Bank of Australia seems in no hurry to raise its own record-low 1.5% Official Cash Rate. Rate-setter Ian Harper said last week that faltering consumer spending could even mean it goes still lower. That prospect was never taken entirely seriously by the market and Wednesday’s Westpac numbers would seem to make it a distant one, even if it is visible at all. But still, Australian Rates look stuck at the lows at least until the second half of next year and perhaps beyond.

Compare both the Australian and Japanese positions with that of the US Federal Reserve, which still looks set to tighten the monetary screws again in December, and it’s easy to see why economic data from both Asia-Pacific nations fails to move their currencies against the greenback for very long.

Until the monetary policy mosaic changes in the region, trading the data will probably be a short-term, small stakes business.