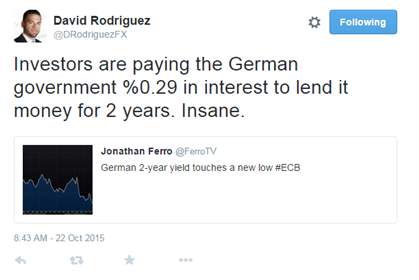 ECB to Re-Examine QE, but Will Traders Wait to Sell EUR/USD?

1. ECB announces that they’ll re-examine QE in December: European-area growth has been lackluster since the launch of QE, and to end last month we saw European inflation turn negative as the economy joined Japan in the ‘deflation’ category. But stocks have rocketed higher since this print, as the expectation was that the European Central Bank would increase their QE program to offset this weakness in the effort of nudging inflation higher so that, eventually, rates could move out of negative territory. Mario Draghi said ‘there are risks which could further slowdown the gradual increase in inflation rates towards levels closer to 2%.’ He also said ‘the asset purchase programme provides sufficient flexibility in terms of adjusting its size, composition and duration,’ and he kicked off the meeting with the most important statement of them all: ‘The degree of monetary policy accommodation will need to be re-examined at our December monetary meeting.’

This led to near-immediate weakness in the Euro as EUR/USD spiked down by more than 60 pips shortly after the opening statement. European yields made a quick move lower, as the 2-year German Bund moved down to an all-time low of -.29%. That’s right; investors are paying the German government -.29% annually to hold their money.

But the bigger question is the trend in the Euro and whether that EUR/USD down-trend is back, as this was by far one of the more attractive trends over the last couple of years as traders played the monetary policy dichotomy between Europe and the United States. This led to a ~3,500 pip run that lasted from May of 2014 (when Drahi had last announced that they would make a future announcement regarding QE) to March of 2015.

With this recognition of the need for additional stimulus, traders may not wait around for the Euro down-trend before selling. We outlined a couple of different ways to look at playing trend resumption in the Euro in the article, Is the Euro Down-Trend Ready for Resumption; and as we discussed, there is a 7+ month bear-flag in the pair after the lows were set in March. Traders can wait for this flag to break before looking for trend-resumption, but for those looking to be more aggressive, there is a shorter-term trend-line within the flag that could allow for a quicker short-side entry (shown on the below chart in purple). And for traders that wanted to confirm the legitimacy of the move, they can apply SSI to look for retail positioning to flip before looking to build a longer-term position against the Euro.

2. Sterling moves higher on strong retail sales: The UK has been one of the few economies in the world other than the US that has a tangible prospect of hiking rates in the next 12 months. Throughout much of the year, BoE Governor Mark Carney has continued to say that the prospect of rate hikes should become more clear around the end of the year; and this has led to somewhat of a ‘data-dependency’ for expectations of that first rate hike for the UK since 2009. So, naturally inflation for the UK has become an interesting and especially marketing moving data-point, as this is thought to be that primary pre-cursor to a rate hike. And just last week, we saw the UK go into deflation as September CPI printed at -.1% and this moved the British Pound lower against most currencies; but just a day later, a surprise improvement in employment data, led by wage growth (which is a pre-cursor to inflation) that, when combined with the deflationary print from the day before means that we saw the highest real UK wage growth since the Financial Crisis.

So, this was like one step backwards and two-forward for hopes of an earlier-than-expected rate hike out of the UK. This morning, we saw more confirmation of positive UK-growth when retail sales came in at 1.9% versus an expectation of .4%. This prodded the Sterling higher by over .5% as those rate hike bets picked up; and moving forward – this highlights the sterling as one of the few currencies that traders might be able to look for a future rate hike.

Perhaps more to the point, when combined with a European economy that’s likely looking at further loosening of monetary policy, this can open up the short EUR/GBP trade to take advantage of that monetary policy dichotomy in the coming months, and if the ECB does happen to extend their QE program as many expect, traders can sit in the trend as that dichotomy grows. 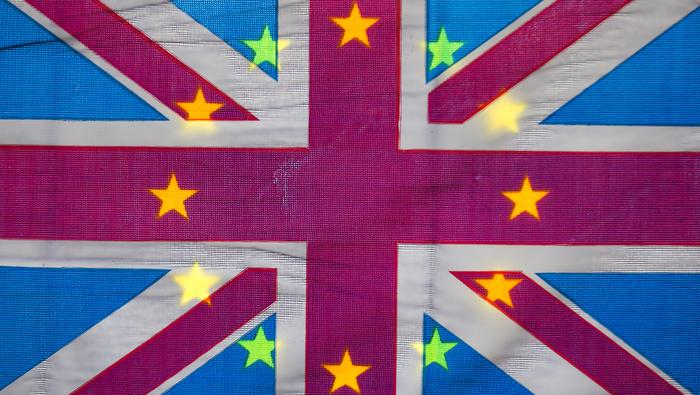 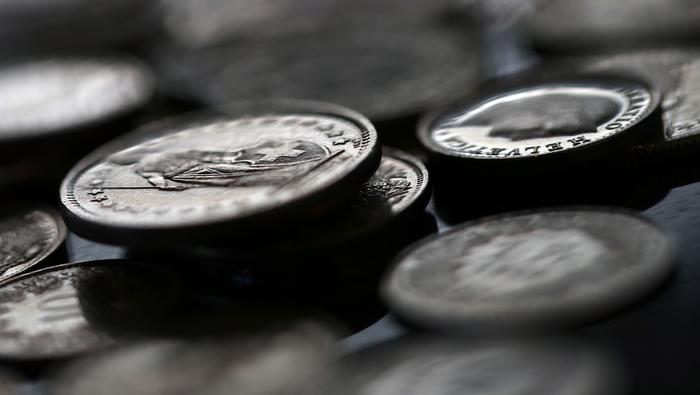