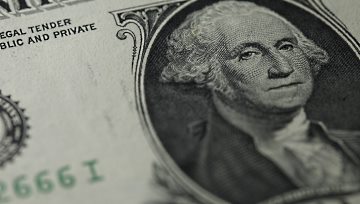 Did we get it right with our US Dollar forecast? Get it free to find out!

The US Dollar continued to struggle for a clear-cut lead last week. Moves to escalate the US trade war with China as well as open new fronts with the EU and Mexico have roiled markets already bedeviled by slowing global growth and a plethora of political uncertainties. The fate of Brexit alone is a tectonic risk. That stoked haven USD demand even as Fed rate cut expectations firmed, making for conflicting cues.

The severity of risk aversion seems decisive. Last week’s forecast argued that the Dollar “derives its anti-risk appeal from unrivaled liquidity. Put simply, the stronger the risk-off push – implying a greater premium on cash amid liquidation – the likelier USD is to benefit.” This likely remains in play. If investors prioritize safety over returns in earnest, a dovish Fed will fade in importance as a headwind for the Greenback.

Next week’s data docket offers plenty of opportunities to test these dynamics. In the US, global growth and Fed policy bets will collide again as ISM manufacturing and service-sector surveys lead into May’s jobs report. An RBA rate decision as well as Australian GDP and Chinese PMI data will offer a view on trade war damage in the meanwhile. More hand-wringing from the ECB is also on the menu.

As it stands, the markets are all but certain of one rate cut arriving at some point in fourth quarter and allow for the very slight probability of a second. Coupled with the Fed’s already planned move to stop balance sheet normalization, two cuts would amount to a lot of easing in a hurry. At that point, conditions would have probably deteriorated enough to insulate USD as panic selling drives haven flows.

Absent such pandemonium, the extent of what the Fed will offer in support this year looks to be all but fully priced in. That tips the scales in favor of anti-risk buying as the dominant Dollar driver going forward. Negative data outturns might muddy the waters briefly, but the overall landscape still argues for the upside as the path of least resistance.