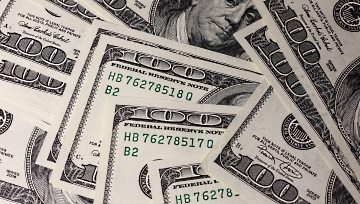 US Dollar May Hold Up Despite Swelling Fed Rate Cut Bets

Did we get it right with our US Dollar forecast? Get it free to find out!

The US Dollar finished last week on the defensive despite having touched a five-month high. What began as a supportive risk-off turn in market sentiment against the backdrop of US-China trade war escalation turned against the currency in the final 48 hours of trade.

Disappointing PMI and durable goods orders data appeared responsible. They compounded the drive toward de-risking but nevertheless pushed the Greenback lower as Fed rate cut bets firmed. The priced-in probability of a reduction by year-end implied in Fed Funds futures rose to a commanding 78.5 percent.

This puts the spotlight on a revised set of first-quarter GDP figures in the week ahead. Economists expect a slight downgrade, from 3.2 to 3.1 percent on the annualized growth rate. Leading data suggest performance deteriorated toward the quarter’s end, warning that a larger downward adjustment may be due.

Coming on the heels of the GDP release, the Fed’s favored PCE inflation gauge is projected to put core price growth at 1.6 percent on-year, matching a 19-month low. Survey data warns of disappointment here as well, which might spur still greater confidence in the case for near-term easing.

WILL DOVISH FED BETS HURT THE US DOLLAR?

The Dollar might be expected to weaken against this backdrop. That need not be so. The currency derives its anti-risk appeal from unrivaled liquidity. Put simply, the stronger the risk-off push – implying a greater premium on cash amid liquidation – the likelier USD is to benefit. A tepid selloff may not do the trick.

In fact, the aforementioned 48 hours capping last week’s trade might be instructive. USD fell the most on Friday, when sentiment was attempting a cautious pre-weekend recovery. It kept losses to a minimum on Thursday amid more brutal bloodletting.

The severity of risk aversion will probably depend on macro-level factors. The outcome of critical European Parliament elections, the tone of commentary on trade war de-escalation prospects as US President Trump visits Japan, and growth guidance accompanying a Bank of Canada rate decision stand out.