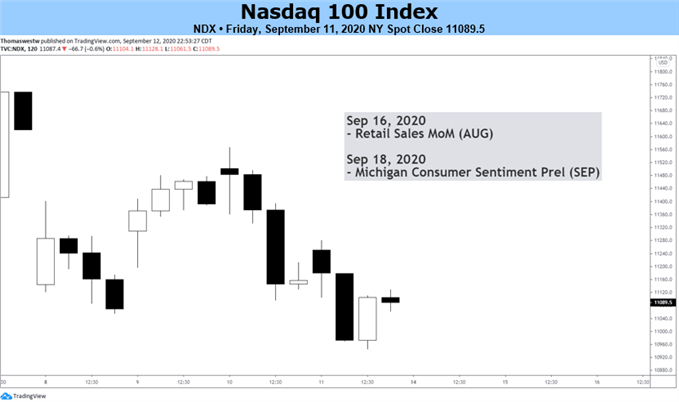 US stock markets entered a technical correction in early September, as investors were increasingly wary about the tech-driven rally. The Nasdaq 100 index was among the worst-performing US indices this month, falling over 9% from its all-time high. The S&P 500 and Dow Jones Industrial Average fell 6% and 5% respectively during the same period. Information technology was the worst-performing sector this month, dragged by mega companies such as Tesla, Apple, and Alphabet.

Despite the ongoing spat between US and China over technology companies and intellectual property, tensions are unlikely to escalate into a major market event before the US Presidential election in November. A calm bond market, a falling volatility (VIX), and a non-event gold market suggest a lack of evidence for systemic risk, at least for now.

Besides, an improving fundamental picture isunderpinningthetrajectory of the global recovery. A ‘V-shaped’ recovery in ISM manufacturing PMI readings showed a solid rise in demand of goods in the United State, alongside a broader rebound in global PMIs. The August US ISM PMI reading surged to 56.0, a level not seen since November 2018 (chart below). A PMI print above 50.0 indicates expansion whereas below suggests contraction. 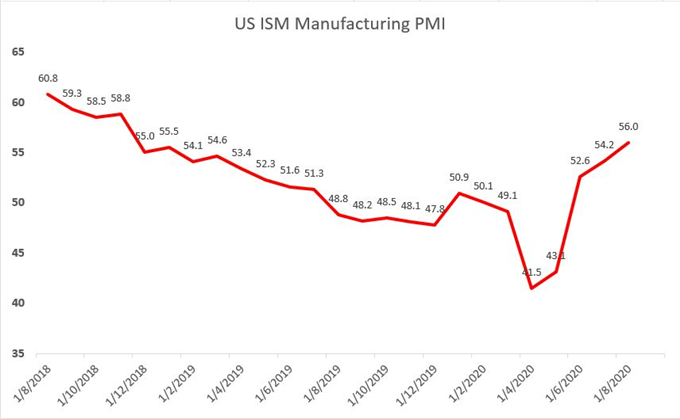 The US job market is recovering too, despite a second viral wave. Weekly jobless claims data released by the U.S. Department of Labor shows they have registered below the closely-watched 1 million mark for two weeks in a row (chart below). The unemployment rate fell for a fourth consecutive month to 8.4% in August, beating market expectations of 9.8%.

An improving macro picture has led to a rebound in the US Dollar index, which weighed on the US stock markets recently. But a dovish-biased Fed and ultra-low interest rate in the foreseeable future will help to cushion the downside.

US weekly jobless claims (in millions) 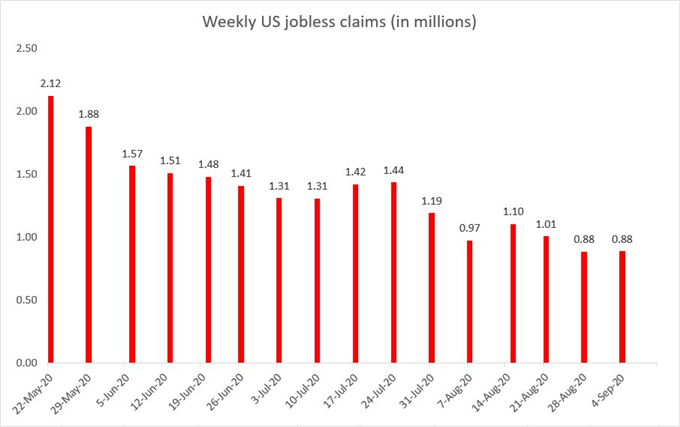 While the Nasdaq 100 has retraced more than 9% from its recent peak, its valuation still appears to be prohibitively high from a historic perspective (chart below). Trading at over 36 times price-to-earnings (P/E), the valuation of technology shares still dwarfs all other sectors, especially energy, real estate and financials. The recent pullback has narrowed the gap between mega tech and the cyclical sectors, but it may still not be enough. Sectoral rotation is a healthy mechanism in the stock market, and it may carry on as business activity gradually returns to pre-Covid levels. 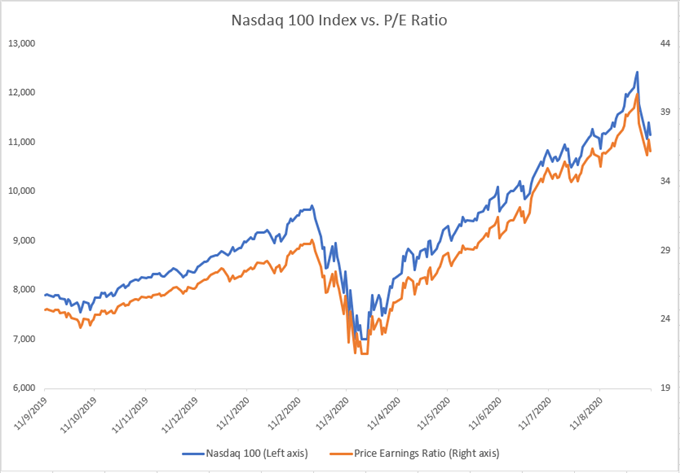