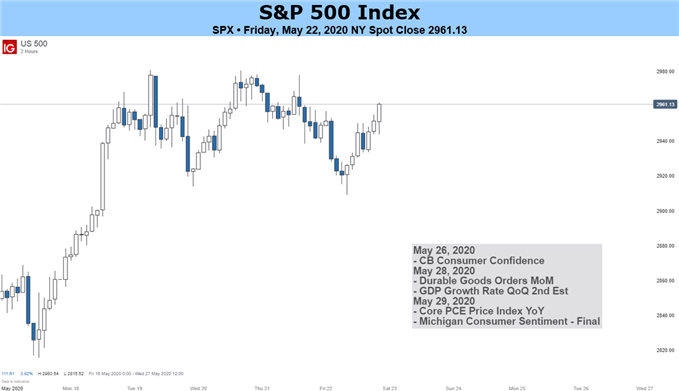 A recent deterioration in US-China relations spilled into the stock market last week after the US Senate passed a bill that would require additional oversight for Chinese stocks listed on US exchanges. The crux of the possible legislature is a stipulation that would require Chinese companies to delist from the likes of the Nasdaq 100 or other US exchanges if certain requirements are not met in a given time period. As a result, Chinese stocks like Alibaba and Baidu fell under pressure while the FXI ETF – a basket of Chinese companies on US exchanges – also declined.

While the immediate reaction was somewhat measured, the buildup in tensions between the world’s two largest economies may linger and tensions have already flared in other arenas like human rights. Evidently, it seems the two economic powerhouses are once again posturing for another round of strongly worded statements and tit-for-tat actions. As it stands the US has fired the first volley, although this time it is accompanied by other G7 nations – at least in spirit – as it looks to pressure China into changing its method of operations.

A Brief History of Trade Wars.

Regardless, history would suggest China will retaliate to the announcements which could send the conflict spiraling. Either way, damage has already been dealt as investors begin to weigh the risk and reward prospects of holding Chinese stocks on US exchanges.

Thus, the Nasdaq 100 and S&P 500 will track this theme closely as market participants attempt to forecast the next steps. While bubbling tensions may not be enough to singlehandedly reverse the rally, a new US-China trade war amidst an ongoing pandemic could seriously undermine sentiment and, consequently, may be the most important issue to watch next week.

By comparison, the German DAX 30 looks to have a relatively quiet week ahead. While the index will certainly track broader risk trends, foreseeable risks at the time being are in the form of scheduled data releases. German inflation, growth, consumer confidence and retail sales data are just some of the big ticket prints to look for next week, alongside a series of reports expected from other Eurozone members - all of which can be viewed on our Economic Calendar.

That being said, even poor results from the upcoming data may not be enough to immediately reverse the tide for the DAX 30 after German and French politicians came to a surprise agreement last week which boosted their respective indices. The announcement was a notable step toward unity in the single-currency Euro project and the event should provide a sense of stability in the weeks ahead.