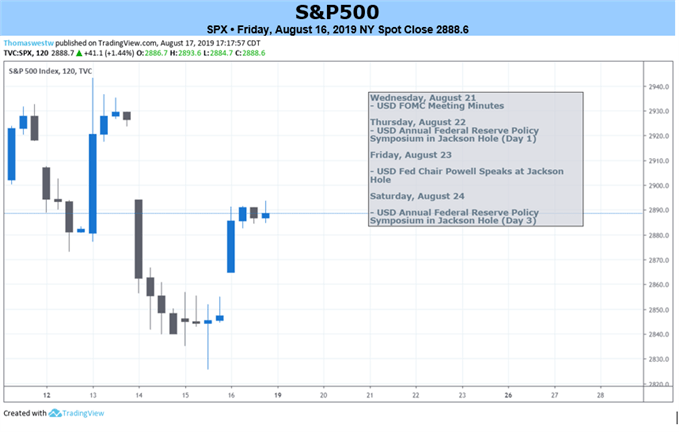 The ominous sign stemming from the inversion of the US 2s10s provides yet another reminder that the global economic outlook is weakening. However, while the inversion of the yield curve raises the fear of a recession, concerns that it could be imminent is possibly misplaced, given that on average a recession does not take place until 20 months later, while in that time the S&P 500 peaks roughly 24% within that time. Looking ahead to next week, the main focus will be on the Jackson Hole Symposium in which the Fed Chair Powell is schedule to speak (Aug 23rd). 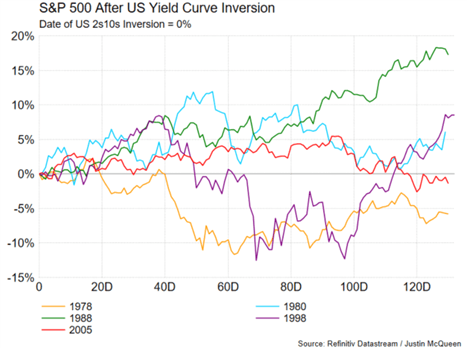 Last week’s ZEW survey and contraction in German growth continued to emphasise the need for ECB stimulus, which has been further alluded to by Olli Rehn, who has called for the central bank to over-deliver. Currently, money markets are pricing in 15bps worth of easing from the ECB, however, the key focus will be on the composition of QE2. Next week sees the release of the Eurozone flash PMIs, which is expected to highlight the ongoing weakness in the manufacturing sector, however, concerns could rise if the weakness spills over into the services sector.