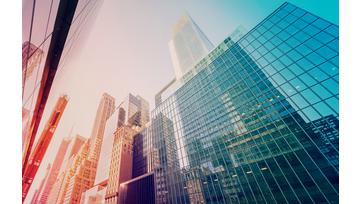 The Dollar attempted to stem the bleeding this past week, but there is so far limited lift on a reversal attempt heading into the new week. Hawkish BoE and RBA decisions or a surprise NFPs could shake up the FX standings ahead.

The USD Pain Trade has continued for another week as the Fed laid the groundwork to begin Quantitative Tightening. Key inflation and employment prints on the docket for next week will likely keep the Greenback on the move.

Euro Forecast: Euro Has to Get by July Inflation, Q2 Euro-Zone GDP if Rally is to Continue

The Euro is trading at its highest level since January 2015 versus the US Dollar, with seemingly nothing able to slowdown the rally. Yet the upcoming docket of economic data may offer reason for traders to pause with their aggressive bullish bets.

British Pound Forecast: Trending Up Against USD, Sideways Against EUR

The coming week will be dominated by a meeting of the Bank of England’s monetary policy committee, where all UK monetary settings will likely be left unchanged.

Fresh remarks from the Reserve Bank of Australia (RBA) may fuel the shift in AUD/USD behavior should the central bank endorse a hawkish outlook for monetary policy.

In order to advance further, the Chinese Yuan would need stimulation. Yet, Chinese PMI gauges are less likely to provide sufficient support.

Gold prices posted the largest weekly rally since May with the advance now eyeing slope resistance. Here are the updated targets & invalidation levels that matter next week.

Crude Oil had everything going in its favor this week, thanks to OPEC, a weak USD, and a larger than anticipated supply draw to rise nearly 7% on the week. 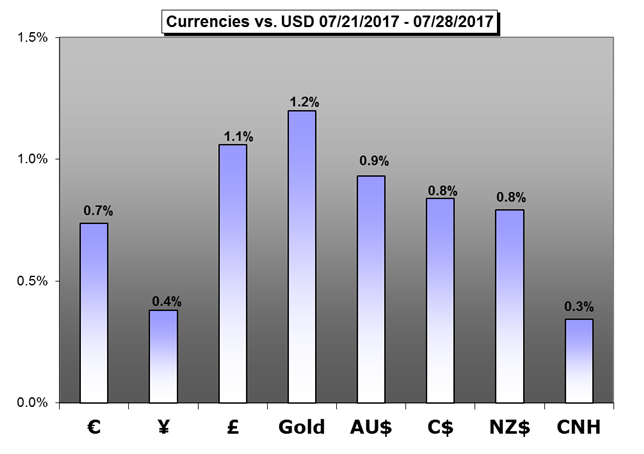