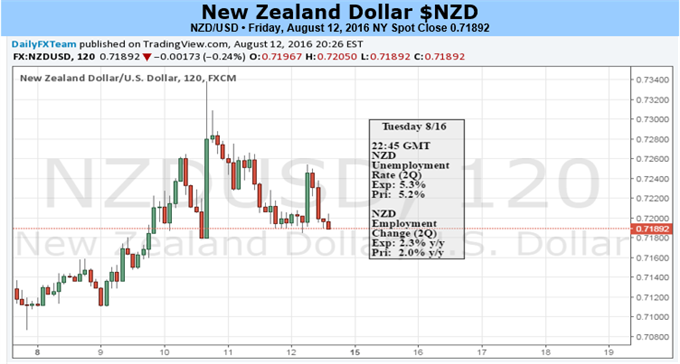 Some market participants were even hoping for a 50pb rate cut on Thursday. Those traders were disappointed and may have led to the initial spike of 0.7335. Over the last 16 years, the RBNZ has only cut 50bps in extreme situations, which the current environment doesn’t appear to warrant.

Another trend this week that the New Zealand Dollar was happy to ride, and in many cases lead was the favor of commodity currencies. In addition to the New Zealand Dollar, the Norwegian Krone, Canadian Dollar, and Australian Dollar have all out-gained the US Dollar last week by greater than 1.25% with the Krone up over 4%.

In addition to the RBNZ rate cut, and promises to provide more easing this year, was the strong Retail Sales print (2.3%QoQ v. 1.0%exp.) The inflation battle that the RBNZ appears to be fighting doesn’t mean the economy is weak. Assistant Governor John McDermott noted that “The economy is growing quite well, so you don’t want to overdo it.” McDermott also noted that tradeable inflation appears to be the headwind that the NZ economy is facing, but then again, so is the rest of the world.

Next week’s economic focus will be on the Employment Change and the Unemployment Rate that is expected at 5.3% on Tuesday. Given the migration boom in New Zealand, employment data has tended to outperform other economies. When looking at Economic Surprises over the past 3-months, the New Zealand Economy has been in line with expectations on average.

For now, it appears the trend of high-yielding currencies going bid will continue despite the threats from the RBNZ to cut again this year. It appears the yield is preferred today over the threat of a possible rate cut tomorrow. 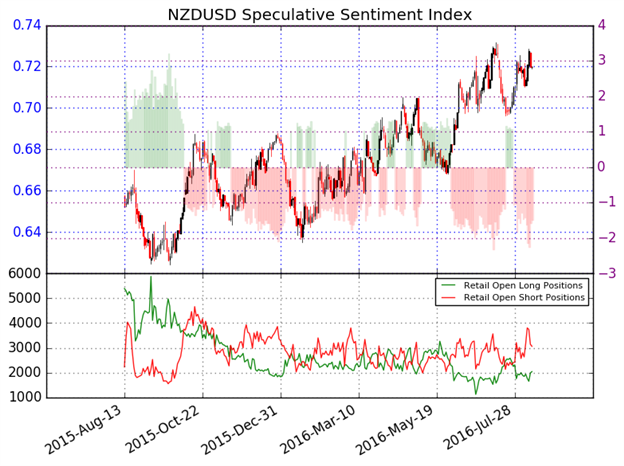 We use our SSI as a contrarian indicator to price action, and the fact that the majority of traders are short gives signal that the NZDUSD may continue higher. The trading crowd has grown less net-short from yesterday and last week. The combination of current sentiment and recent changes gives a further mixed trading bias.