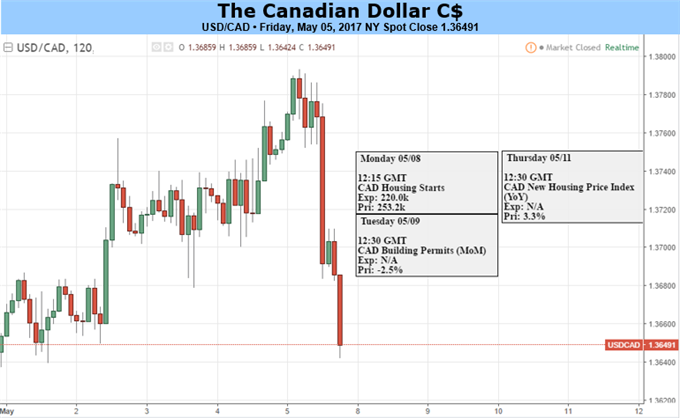 Friday’s news that Canadian employment rose by a mere 3,200 in April, well below both expectations of a 10,000 increase and the previous month’s 19,400 advance, was deeply disappointing. Moreover, full-time employment actually fell by 31,200.

That followed news a fortnight earlier that Canadian inflation had slowed more than economists had forecast in March as food and clothing prices fell. Measures of core prices also declined, worsening Bank of Canada Governor Stephen Poloz’s concerns that too much slack remains in the economy.

Then there’s oil, which is the mainstay of the Canadian economy. The price of a barrel of West Texas Intermediate crude has dropped from $54 on April 12 to below $47 now and was at $44 at one point last week.

Taking all these factors together, it’s likely that BoC monetary policy will remain highly accommodative for a long time yet and that downside momentum for the CAD will grow, as it has for many other commodity currencies hit by falling raw material prices.

So far this year, USD/CAD has already climbed from below 1.30 at its weak-point at the end of January to almost 1.37 currently and there’s little resistance now before the 1.3818/38 lows hit in late December 2015. If those are breached, the next obvious target would be the 1.40 round number.

It’s worth noting too that EUR/CAD has been rising strongly for the past three weeks and that momentum could pick up too.