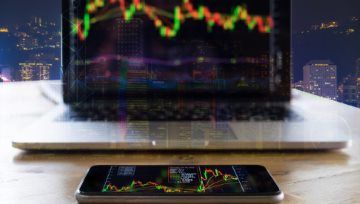 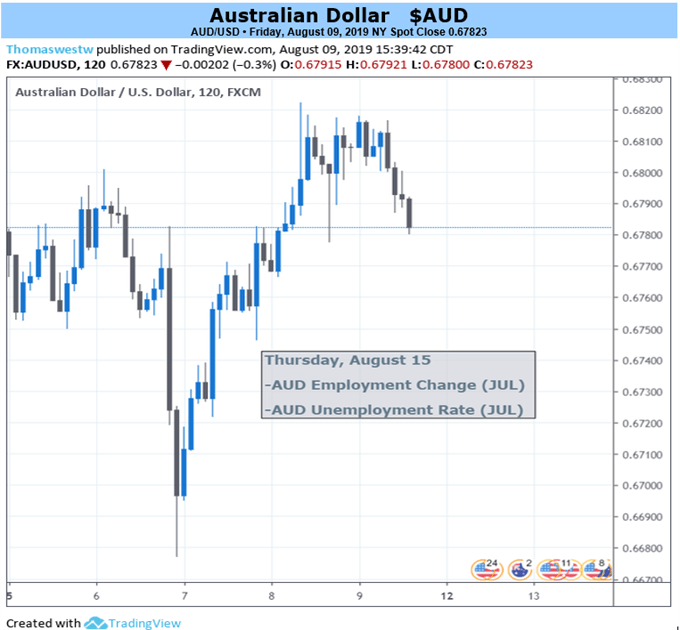 The Australian Dollar may get bruised this week if local jobs data falls short of expectations and provides even greater impetus for the Reserve Bank of Australia (RBA) to slash interest rates. Furthermore, US-China trade tensions are rapidly escalating and could further deteriorate in the coming week. Beijing has a number of policy measures in its economic arsenal it may be willing to use now that relations have worsened.

Last week was a turbulent period for markets. After US President Donald Trump threatened to impose an additional 10 percent tariff on $300 billion in Chinese goods, Beijing responded with halting all US-based agricultural imports. Furthermore, China angered the US after it set the daily reference rate for USDCNY at 6.9225, dangerously close to the 7.00 psychological barrier. Then, later in the week, it passed this level.

Early into Friday’s trading session, RBA Governor Philip Lowe said that further rate cuts may be warranted and even hinted at implementing “unconventional” policy measures to boost inflation and job growth. This is not unlike the Reserve Bank of New Zealand that also indicated it is willing to consider adopting non-orthodox policy tools to meet its objectives. This preceded their decision to slash rates by 50bps last Wednesday.

Central banks in both developing and developed economies have not only been cutting rates but have been surprising more dovish and easing more than median estimates had indicated. Increasing political risk out of Europe and inter-regional trade tensions in Asia could further dampen sentiment and weigh on growth and investment. In this world, it is likely the cycle-sensitive AUD will find it hard to gather upside momentum.