Crude Oil: Overnight, geopolitical tensions between the US and Iran had escalated dramatically after US airstrikes killed Iran’s top general at Baghdad airport, which saw Iran’s Supreme Leader call for revenge on the attack. Consequently, crude oil prices spiked higher in response to renewed risk premium in the middle east with Brent crude oil hitting highs of $69.50. Focus in the region will be on how Iran will respond, which may keep oil prices on the front foot, provided the geopolitical risk premium is sustained.

JPY: The clear winner in the FX space has been the Japanese Yen as investors flock to safe-havens. In turn, USD/JPY has dropped to fresh 2-month lows having retested the 108.00 handle. That sad, with eyes on the ISM Manufacturing PMI, 108.00 may hold on a better than expected report, although, upside is likely to be limited with the 200DMA at 108.65.

Gold: Much like the JPY, gold has also benefitted to jump in geopolitical tensions with the precious metal hitting a 4-month high. As such, gold made a firm break above $1530 before stepping back from the $1550 level, focus on the upside will be on the 2019 peak situated at $1557.

CAD: The Canadian Dollar has faired slightly better against the USD compared to its counterparts, given the boost from oil prices. Subsequently, the 1.3000 has held firm yet again, as such, with the absence of domestic data, the price action in the Canadian Dollar remains somewhat muted. 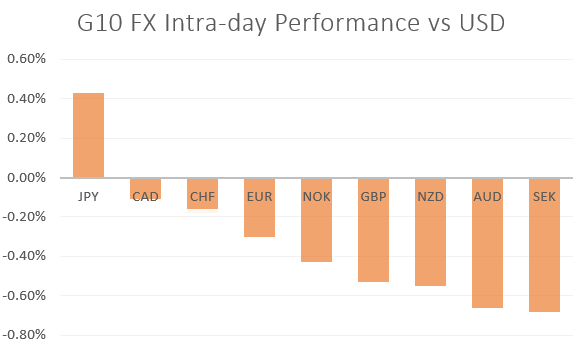 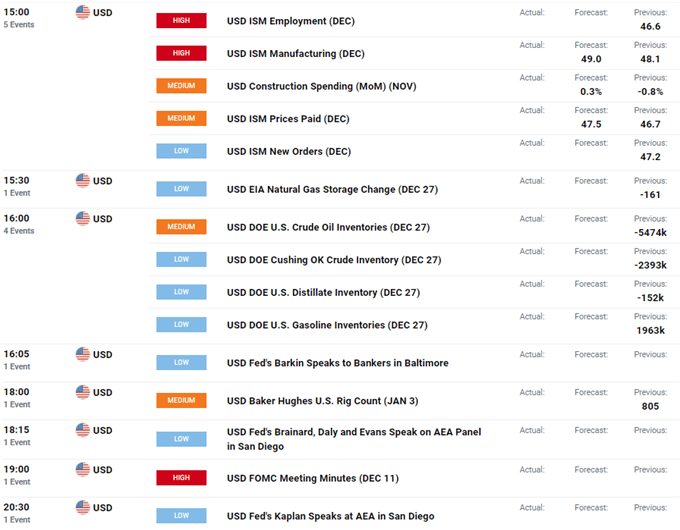