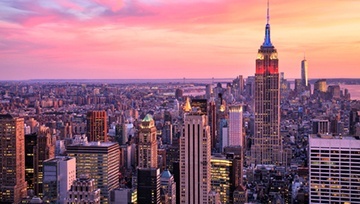 US Inflation Increases in July – But Will it/Can it Stop the Fed?

This morning brought another release of inflation data out of the US, and of recent this has been a big factor of curiosity as headline inflation had dwindled over the past 12 months while Core CPI, removing food and energy from the equation, remained sticky and strong. Core CPI came into this morning riding a streak of 16 consecutive months above the Fed’s 2% target. This created a bit of difficulty for a Federal Reserve looking to meet market demands with a dovish policy shift last month. Headline CPI, however, has been a far different story. After spiking up to 2.9% a year ago, this data point has pushed back below the Fed’s 2% target and has so far spent the past nine months in a range between 1.5 and 2%.

The item of interest at this point is the Fed’s September rate decision where markets are, again, showing a 100% expectation for a cut. There’s even a 11.9% chance for 50 basis points of softening when the FOMC meets next month.

US Rate Expectations to September 2019 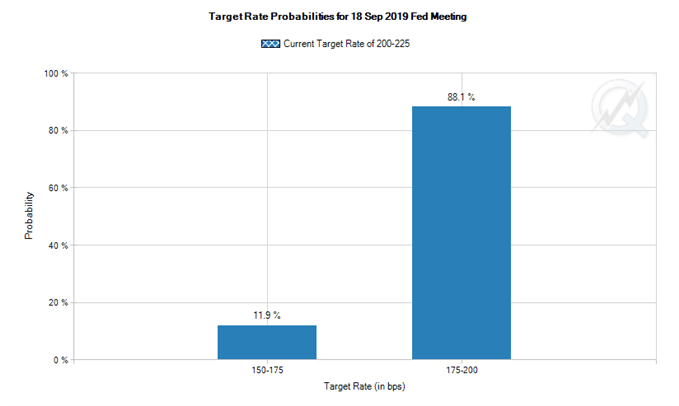 Going out to December brings even more questions as there’s an 88% probability of at least 50 basis points of softening by the end of this year, going along with a 42.4% chance of an additional 75 basis points worth of cuts.

US Rate Expectations to December 2019 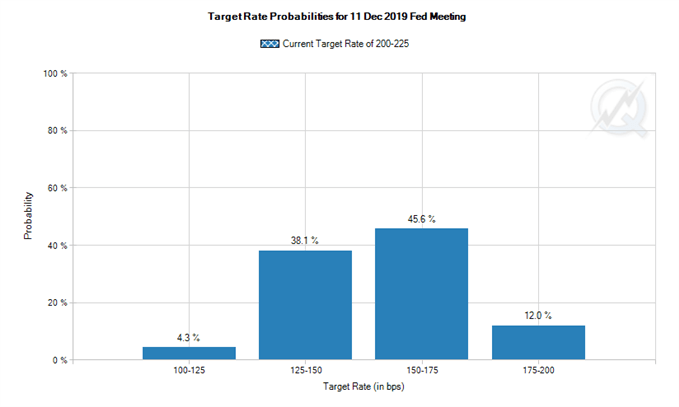 So with inflation continue to show strain, the big question is whether US Dollar weakness comes back as a dominant theme. This began to show shortly after last month’s rate cut, although it happened in a very unexpected manner. When the Fed cut rates without pledging any additional softening down-the-road, the US Dollar spiked up to a fresh two-year-high. But less than 24 hours later, President Trump announced additional tariffs on China, which further pushed the Fed into a corner with risks on the horizon given the potential slowdown as driven by the brewing trade war between China and the US.

That item doesn’t appear to going away anytime soon. President Trump has been very vocal about his desire for a weaker US Dollar and the current trade tension appears to be firmly within his control. The timing of that tariff announcement two weeks ago was likely not coincidental, and with the force of fiscal policy creating headwinds for monetary policy, it appears as though the Fed has little area to maneuver.

What this means in the US Dollar is the potential for lower prices. The currency came into Q3 with the showing a bearish reversal formation after a year-plus of strength. The rate cut rally produced a couple of weeks ago, at this point, appears to be a form of capitulation after the weekly candle in DXY built an inverted hammer, which can open the door to reversal potential.

Where Can USD Weakness be Most Attractive

First and foremost – Gold. Gold prices have been in a steady state of rip over the past few months as rate expectations around the Fed have been getting kicked lower. Gold prices are currently trading around fresh six-year-highs, extending that bullish run after this week’s open.

Another pair that may remain of interest on the short-side of the Greenback is EUR/USD. The European Central Bank has been similarly dovish of late, pledging the possibility of yet another rate cut at their September meeting and, perhaps even, the potential for another round of QE at some point in the not-too-distant future. But more rate cuts don’t really come as much of a surprise from the ECB as the bank has been very dovish for practically the entire tenure of Mario Draghi. The quick shuffling in US rate expectations lower has helped to buoy EUR/USD above the 1.1000 level.

The past week, in particular, has been showing a lack of direction as price action remains bound to a support/resistance zone that’s been in-play for the past nine months. This runs from 1.1187-1.1212 and is bound by two different longer-term Fibonacci levels.

And even despite the seemingly negative backdrop surrounding Europe, where more political drama may soon be around-the-corner, the potential for a short squeeze scenario remains as the pair really hasn’t put in much of a recovery since starting to slalom lower more than a year ago.

In the still developing camp of potential USD-weakness scenarios, USD/CAD may soon become of interest. The pair was in a hard-bearish trend during June and the first-half of July, eventually finding support just above the 1.3000 handle. A bullish reversal then followed and that’s lasted pretty much ever since. Last week produced a short-term pullback to the 1.3200 level, and price have bounced from that support. The bit question around the pair at this point is whether we see seller defense of resistance at either last week’s high, or the resistance zone lurking just above that runs from 1.3361-1.3385.