USD: Yet again Fed’s Powell dents the demand for the USD, reiterating his rather cautious stance, while also stating that interest rates are “just below” the estimates for the neutral rate. This in turn has seen rate hike expectations recede further with FFR futures pricing in 2 rate hikes by December 2019. The USD however, has pulled off worst levels with month-end demand underpinning. Of note, investment bank FX rebalancing point towards USD buying vs major counterparts.

EUR / GBP: The Euro largely unfazed by the dip in German inflation, which does not bode well for Eurozone inflation. On what has been a relatively quiet session on the Italian and Brexit front, the typical month-end buying in EURGBP has been the driver today, as the cross mad a break above 0.89.However, EURGBP did see a slight pullback as EURUSD failed to get a foothold above 1.14.

AUD: The Australian Dollar is back at familiar resistance with 0.7335-40 curbing further upside. As a reminder, previous rejection took AUDUSD back towards 0.72. Focus for Aussie traders will be on the developments regarding trade between the US and China at the G20 summit. If indeed, there are positive developments, this could see AUD at 0.74, while the 200DMA resides at 0.7420.

SEK: Big miss on Swedish GDP sees EURSEK above 10.30. The quarterly rate contracted 0.2%, taking the yearly rate to 1.6% below the expected 2.3%. Now while this may not be enough to deter the Riksbank from raising rates at the December 20th meeting, it does however, provide some doubts, while it also increases the importance of the inflation report, scheduled for December 12th.

Crude Oil: Some rather timely Russian Jawboning has reversed the fortunes for oil prices marginally with Brent reclaiming the $60/bbl mark. As I have mentioned previously, everyone has their price, and a move below $60 has prompted increased talk from Russian sources that they would be willing to take part in OPEC production cuts. The question on investors mind’s will be the size of the cut. 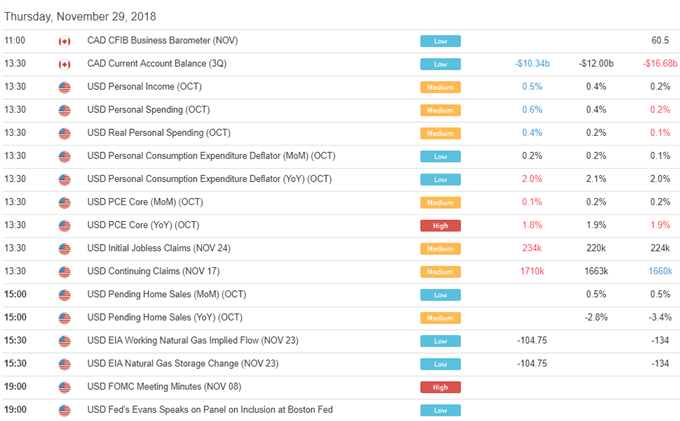 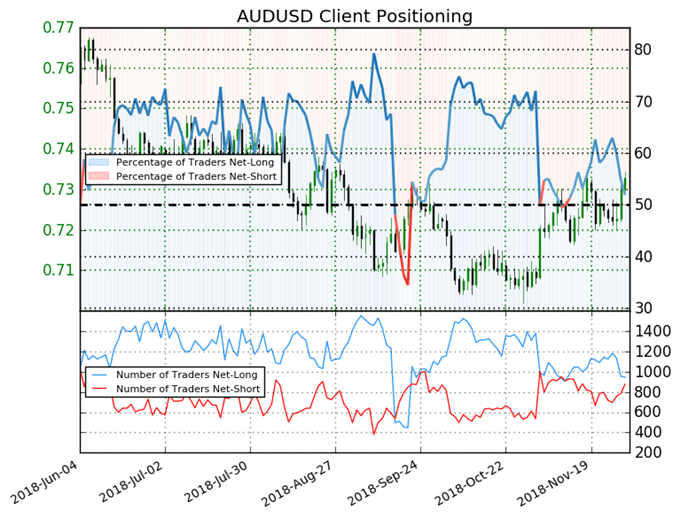