Equities: As was expected, Yellen’s hearing was not notably market-moving given the leaked text. That said, with Yellen providing her support for Biden’s stimulus plan stating that now is the time to act big, particularly with interest rates at historically low levels. In turn, there is a sense that the Treasury and the Fed will take more coordinated action thus providing a more encouraging backdrop for equity markets going forward.

Throughout the morning session, newsflow has been rather quiet with European bourses tracking higher. Tech firms the notable outperformer after strong Netlfix earnings (+13% after market).

Italian PM Conte survived the senate confidence vote with 156 votes in favour, however, the PM fell short of the 161 votes needed for an absolute majority. As such, while a snap election looks to have been avoided in the short run, the minority government is in a very weak position. In reaction to the news, BTPs gapped higher, however, the move was quickly pared, while the Euro remains on the backfoot with cross-related selling in EURGBP weighing on the single currency. 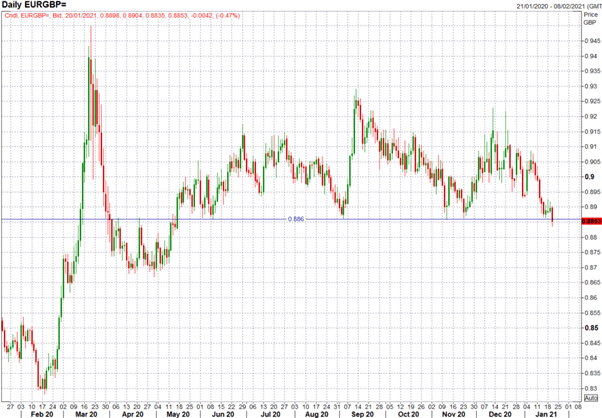 Commodities: Today is inauguration day as Donald Trump’s presidency comes to an end, although market significance will be most likely minimal. Taking a look at gold’s performance around the time of inauguration day, there is no discernible implications for the precious metal. Price action in the precious metal has been somewhat choppy with key resistance capping upside at 1860. 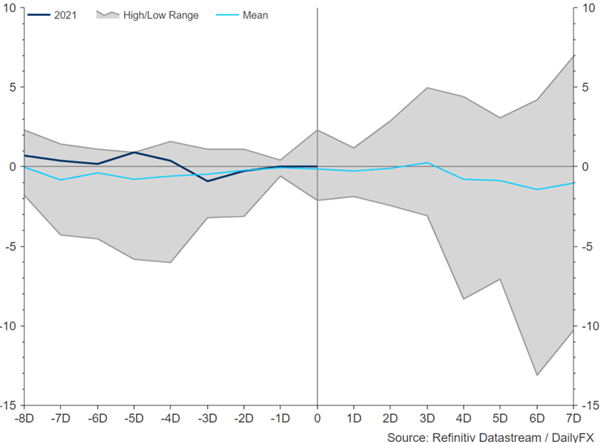 Looking ahead: BoC monetary policy report will be released at 1500GMT, while BoE Governor Bailey is due to speak from 1800GMT