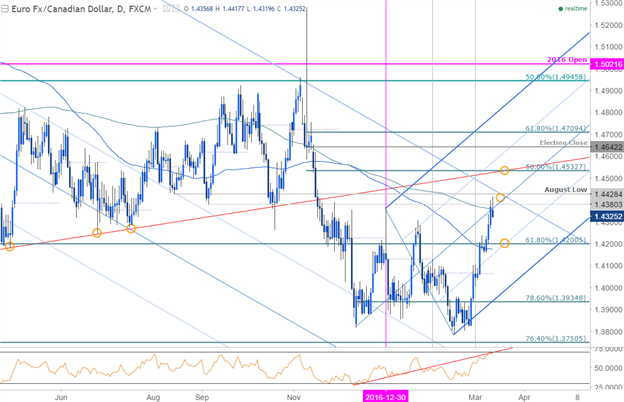 EUR/CAD Pullback to be Viewed as Opportunity

Technical Outlook:EURCAD is responding to initial resistance. We discussed this setup at length in today’s webinar and heading into the start of the week the risk remains for a pullback lower sub-1.4428/50 before resumption of the broader advance seen off the February lows. Remember, we’re working under the assumption that EURAUD is undergoing a behavioral change with a topside breach of the larger descending formation off the 2015/2016 highs favored.

Key support & bullish invalidation rests at the 1.42-hanldle with a breach higher targeting a key resistance confluence at 1.4533 where the 50% retracement converges on former trendline support extending off the 2016 highs- a close above this region would be needed to open up the next big leg higher for EURCAD. 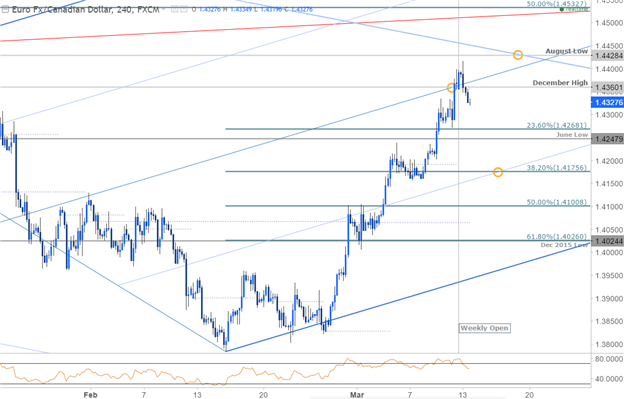 Notes: A closer look at price action highlights an overshoot of the median-line / December highs with the pair pulling back today in U.S. trade. Look for initial support at 1.4248/68 backed by near-term bullish invalidation at 1.4176- both levels of interest for possible exhaustion / long-entries. A breach of the highs still has to contend with the upper median-line parallel (blue) converges on the August lows at ~1.4428/50.

From a trading standpoint, I’ll be looking immediately lower with a pullback into the lower support objectives to offer favorable long-entries. A quarter of the daily average true range (ATR) yields profit targets of 23-27pips per scalp. Added caution is warranted heading into the Netherlands elections & Eurozone CPI later in the week with the events likely to spark increased volatility in the euro crosses. 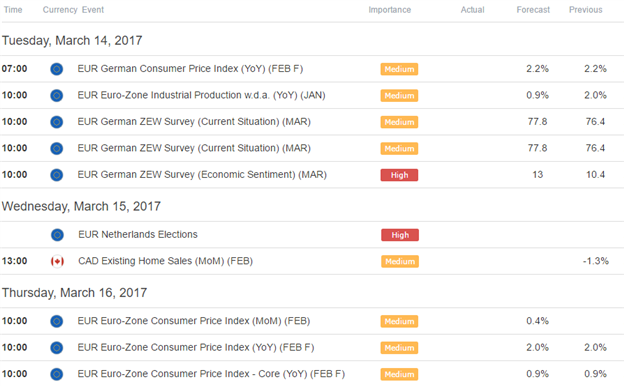