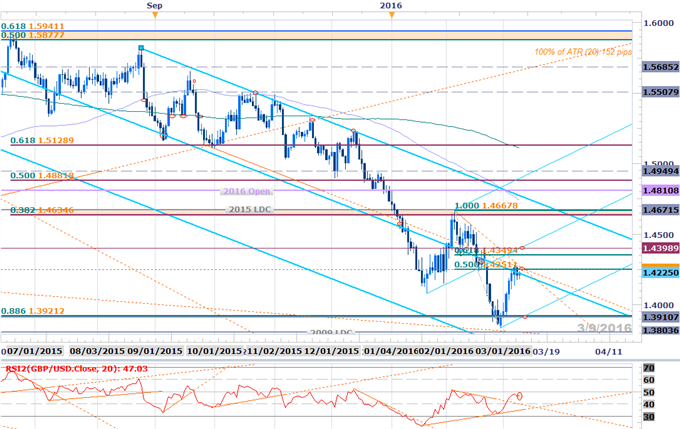 Technical Outlook: Cable is testing a critical resistance confluence around ~1.4250 where the median-line extending off the May 2015 high converges on basic trendline resistance, the 50% retracement of the February decline and a sliding parallel extending off the late-September low. The immediate long bias is at risk here and we’ll be looking for a pullback into support or a breach & re-test to offer favorable long-scalp entries. Key support and broader bullish invalidation rests at confluence of the 88.6% retracement and the 2016 low-day close at 1.3911/21.

Note that sterling marked some pretty strong bullish divergence into the lows last month with a resistance trigger-break shifting the near-term momentum profile to the topside. RSI is now holding just below the 50-threshold and we’ll be looking for a breach to validate the breakout with subsequent topside resistance objectives eyed at the 61.8% retracement at 1.4350 and the February 19th uncovered-close at 1.4399. Key resistance stands at 1.4635/71. 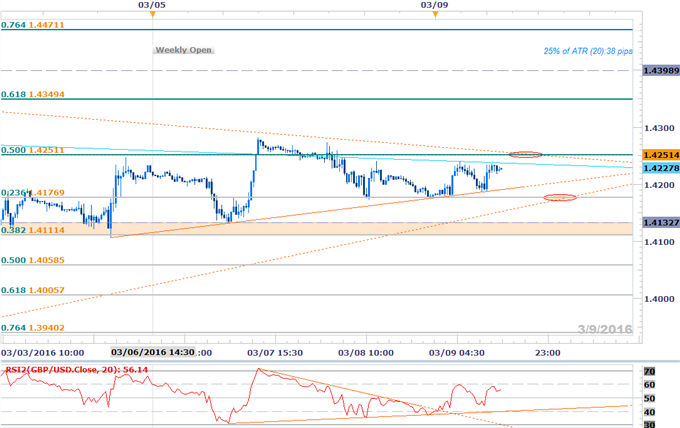 Notes: The weekly opening-range is taking shape just below resistance and we’ll be looking for the break to validate our near-term directional bias. Interim support rests at 1.4177 backed by the 38.2% retracement / weekly opening range low at 1.4111/33. A break there shifts the focus lower towards objectives at 1.4059 & the 1.40-handle where we would ulimately be back on the lookout for long-triggers.

A breach of confluence resistance eyes subsequent resistance targets at 1.4350, 1.4399 & 1.4471. A quarter of the daily average true range (ATR) yields profit targets of 36-40 pips per scalp. Inlight of the recent BoE testimony regarding the EU-membership, the sterling remains at risk of additional headwinds as the central bank looks poised to sit on the sidelines atleast until the UK referrendum in June. That said, we’ll be looking for a definitive reaction to this near-term consolidation to clear the way with our general medium-term outlook weighted to the topside while above 1.3911. 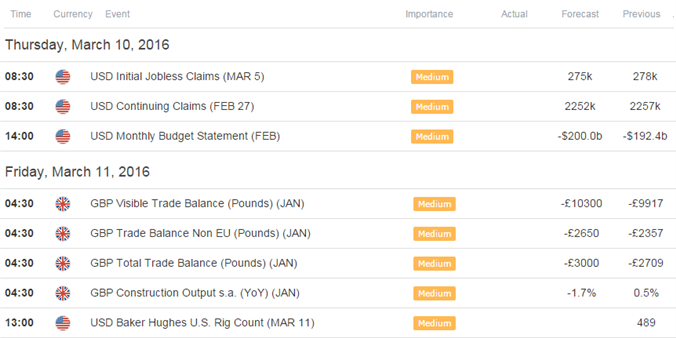