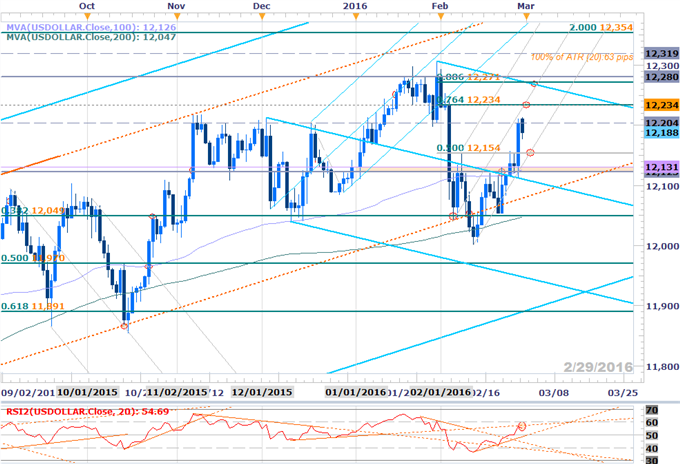 Weekly Webinar: Dollar Breakout Searches for Resistance Ahead of NFPs

Notes: The Dow Jones FXCM U.S. Dollar Index (Ticker: USDOLLAR) broke through resistance last week at 12123/31 – a region defined by the 2015 April high-day close and the 2016 open. Heading into the open of March trade, we’ll be looking for a push higher to offer favorable short entries with immediate resistance eyed at 12234 backed by our bearish invalidation level at 12271/80. Near-term support rests at 12154 with a break back below the yearly open needed to validate the reversal lower. We’ll be looking for the monthly opening range to take shape heading into the start of March trade with U.S. Non-Farm Payrolls on Friday likely to set the tone for the greenback. 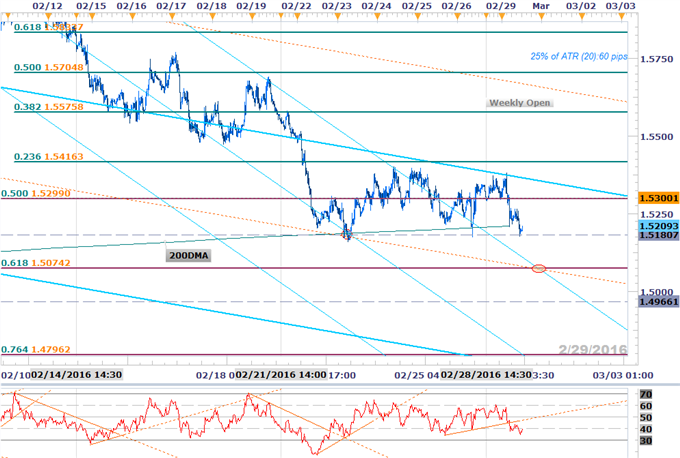 Notes: EURAUD has continued to hold above key support / the 200-day moving average noted last week around 1.5186. The RBA interest rate decision is on tap tonight and we’ll be looking for a reaction off this mark with near-term resistance eyed at the median-line extending off the yearly high / 1.5416. A breach above this mark shifts the focus towards resistance objectives at 1.5575 backed closely by a sliding parallel just higher.

Remember, ultimately we would be looking to sell a rally with our broader bearish invalidation level unchanged at the 2016 high-day close at 1.5922. A break lower targets the key 61.8% retracement at 1.5074 and a break below this level keeps the broader short-bias in play targeting 1.4966 & 1.4976.

For updates on these setups and more trades throughout the week, subscribe to SB Trade Desk and take advantage of the DailyFX New Subscriber Discount! 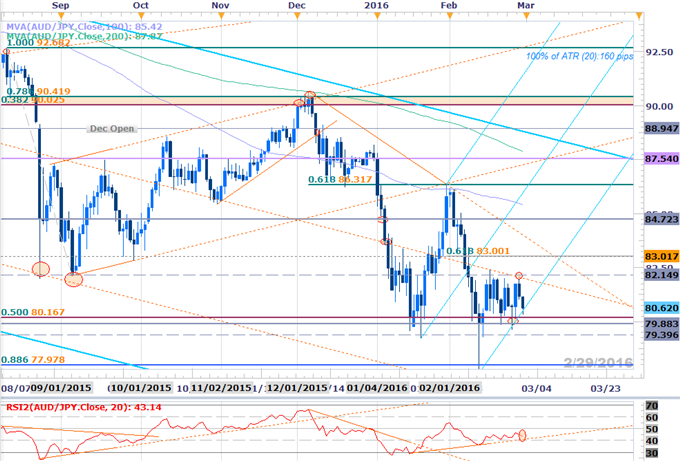 Notes: The focus range for the AUDJPY remains 79.88- 82.14 heading into the RBA & the start of March trade- look for the break. The setup remains the same as last week with the immeidate short-bias at risk here while above the 80-handle. A topside break shifts the near-term focus higher with the breach above basic trendline resistance extending off the December highs needed to invalidate the broader bearish outlook. A drop below the 2016 low-day close at 79.88 keeps our focus wieghted to the downside tageting support objectives at 2012 Ocotber swing low at 79.40 & the 88.6% retracememnt at 77.98. This setup was highlighted in my DailyFX Top Trading Opportunity of 2016. 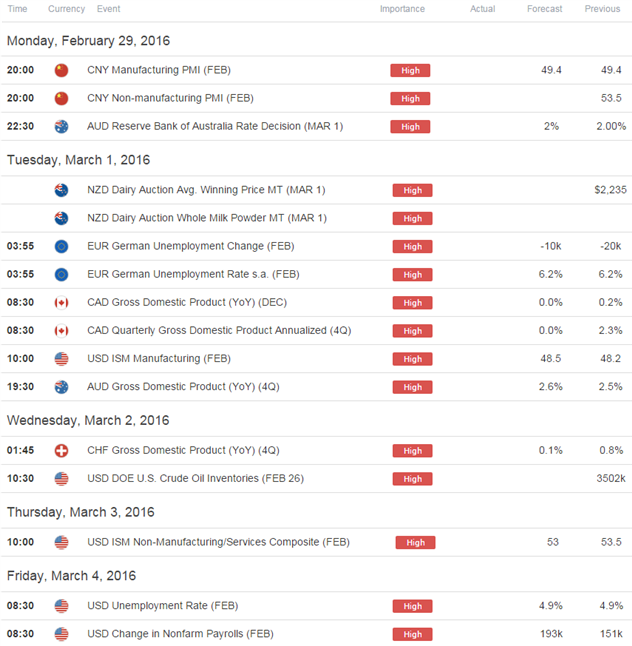