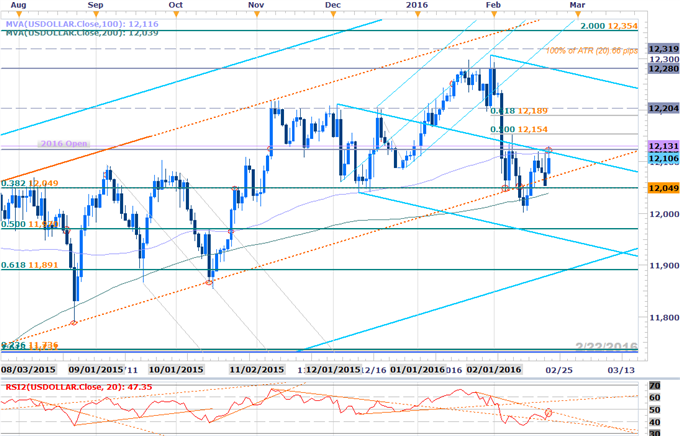 Notes: As discussed in today’s webinar, key resistance for the Dow Jones FXCM U.S. Dollar Index (Ticker: USDOLLAR) stands at 12123/31 heading into the start of the week. This region is defined by the 2016 Open & the 2015 April high-day close and will continue to serve as our near-term bearish invalidation level. Interim support rests at 12049 with a break below the 200-day moving average at 12039 needed to keep the short-bias in play targeting the 50% retracement at 11970. 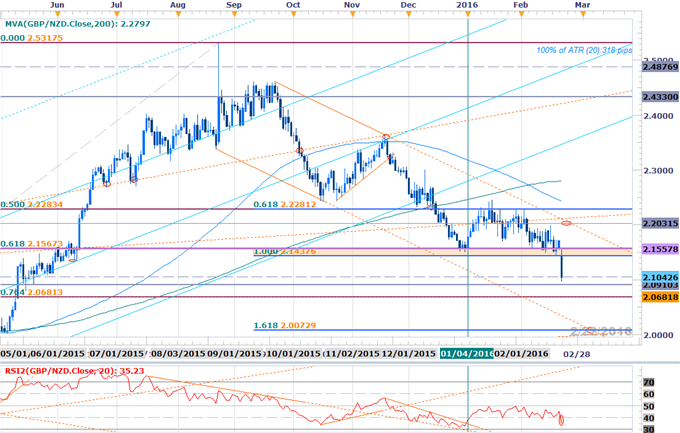 Notes: GBPNZD broke below our “line in the sand” at the key 2.1437 support zone with the decline already hiting initial targets at the 2014 high at 2.1055. The break keeps the downside bias in focus sub 2.1567 with subsequent support targets eyed at the 2014 high-day close at 2.0910 and the 76.4% retracement of the 2015 trading range at 2.0681. Keep in mind ‘Brexit’ headlines are likely to keep things moving here with the second read on UK 4Q GDP on Thursday & U.S. 4Q GDP on Friday likely to fuel volatily in sterling & dollar crosses. 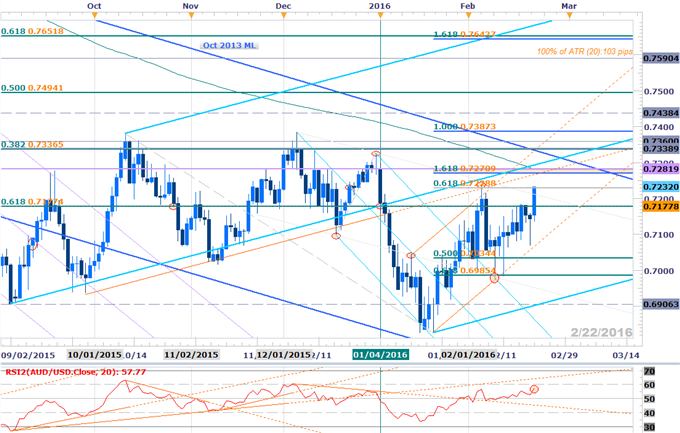 Notes: AUDUSD broke-out of the 7083-7177 range highlighted last week with the rally testing initial resistance here at 7229. The near-term focus remains weighted to the topside for the Aussie while above today’s low with critical resistance eyed higher at 7271/82. This region is defined by the 1.618% off the low, the 2016 open, the 200-day moving avergae and a pair of median-lines exending off the 2015 lows. A breach there targets subsequent resistace objectives at the December high-day close at 7328 & the October high-day close at 7360. 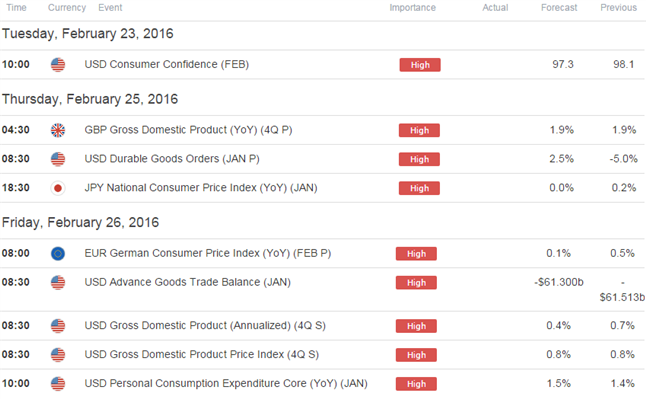