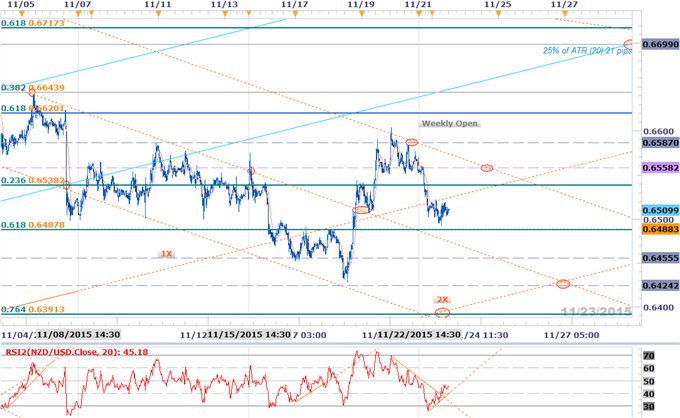 Webinar: Dollar Crosses at Key Juncture Ahead of US Holiday

Notes:Last week we noted a short bias sub-1.6588 on NZDUSD with Friday’s rally failing to breach the upper median-line parallel before turning over into the start of the week. This pullback has now completed a 61.8% retracement of the advance off last week’s lows with intraday RSI divergence into a resistance trigger-break risking a near-term rebound higher here.

If Kiwi is going to rebound, this would be the level for it to make its move. Interim resistance is eyed at 6538 with our bearish invalidation level now lowered to the weekly open at 6558. Support rests at 6488 backed by the median-line / 6455 & 6424. 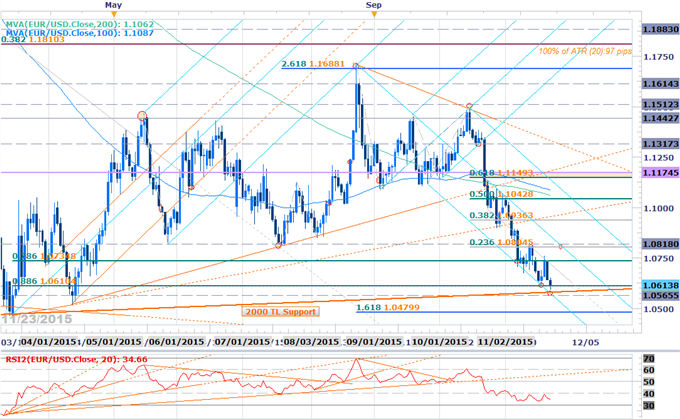 Notes:EURUSD is coming into a critical support confluence around 1.0565 to start the week. The region is defined by the April low-day close, the lower median-line parallel of the formation extending off the August high and a longer-term trendline support dating back to the 2000 low. 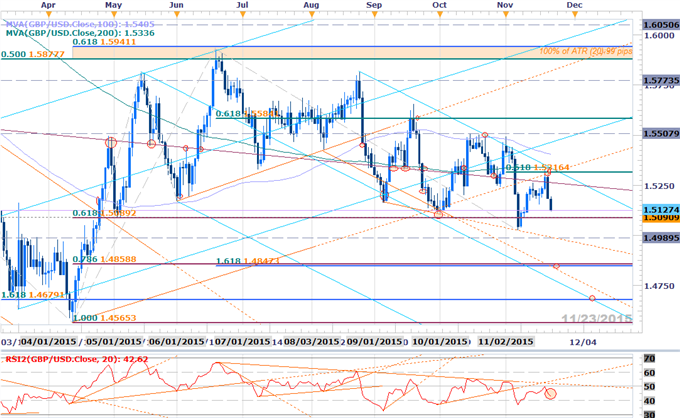 Notes:Sterling reversed off a key resistance confluence late last week at 1.5316/33 where the upper median-line parallel converges on the 61.8% retracement and the 200-DMA. The focus remains weighted to the downside while below this region with interim support eyed at 1.5090 and the March 18th close at 1.4976. Keep in mind we get 3Q US GDP revisions tomorrow with consensus estimates calling for an annualized print of 2.1%, up from just 1.5%. 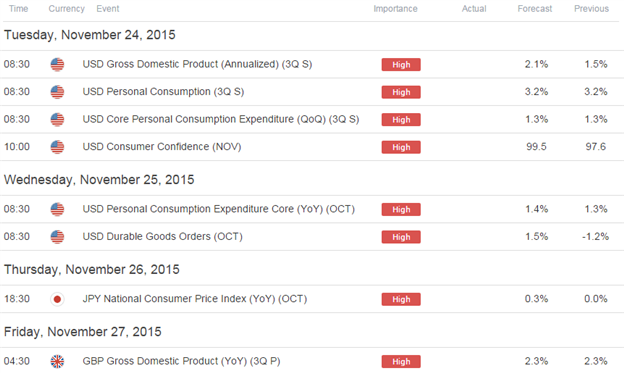