Delayed US retail sales (for the period of December) contracted 1.2% m/m which was the largest subtraction since 2009. Looking at the immediate chart below, financial markets worldwide defaulted to risk aversion. The S&P 500 gapped lower and closed to the downside while DAX, Nikkei 225 and ASX 200 futures all fell in tandem. More boradly, US shares are showing signs of fading upside momentum. 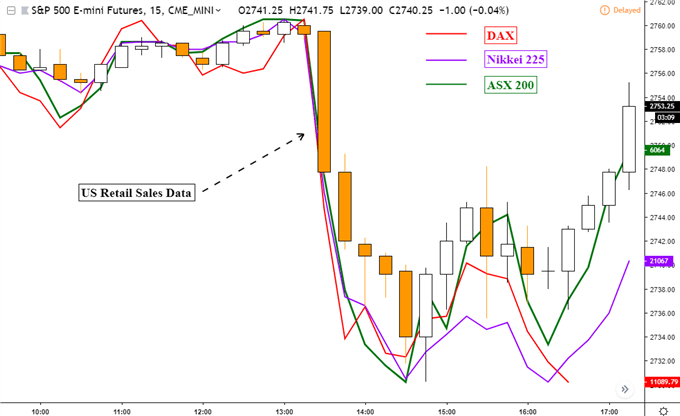 US 2-year government bond yields fell as prices rose, signaling a flight to safety and a reduction in hawkish Fed monetary policy expectations. The anti-risk Japanese Yen ended the day little higher while the pro-risk Australian and New Zealand Dollars were mostly little changed. The haven-linked US Dollar saw a similar result, finishing the session close to flat. While it dropped sharply on the retail sales reports, that only earsed earlier gains.

The preliminary estimate of fourth quarter German GDP saw stagnation (0.0% q/q from -0.2% in Q3). This means that the nation narrowly avoided a technical recession after Italy went into one recently. There could still be a chance that the final reading of economic growth surprises lower. European major currencies, such as the Euro and British Pound, dropped sharply around the news. This led to gains in the Greenback.

There was a rally in US equities towards the end of the session, but upside momentum fell apart in the final moments. This may have been due to the markets digesting conflicting headlines that competed for their attention. First, UK Parliament rejected Theresa May’s Brexit approach with few signs that there may be an extension to the withdrawal deadline on March 29.

Meanwhile reports crossed the wires that the US and China are still far apart on reform demands. This comes after President Donald Trump reported mulling an extension to the tariff deadline on March 1. Then, Mr. Trump said that he is expected to sign a spending bill that will avert another government shutdown. He added that he expects to declare a national emergency to secure additional funding for a border wall.

S&P 500 futures are pointing cautiously lower as we head into the end of this week, suggesting that Asia Pacific equities may trade narrowly lower. However, the Nikkei 225 has cleared key technical resistance which argues that it may extend its near-term uptrend. This highlights the importance of confirmation. We will get Chinese CPI data for January, signs of slowing price growth may reignite concerns about weakening global growth, especially with Europe now on the edge. Fundamentally, the S&P 500 may be running out of reasons to rally. 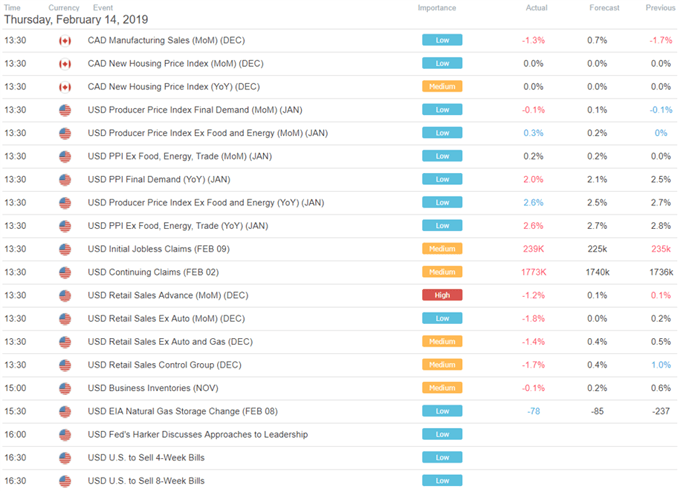 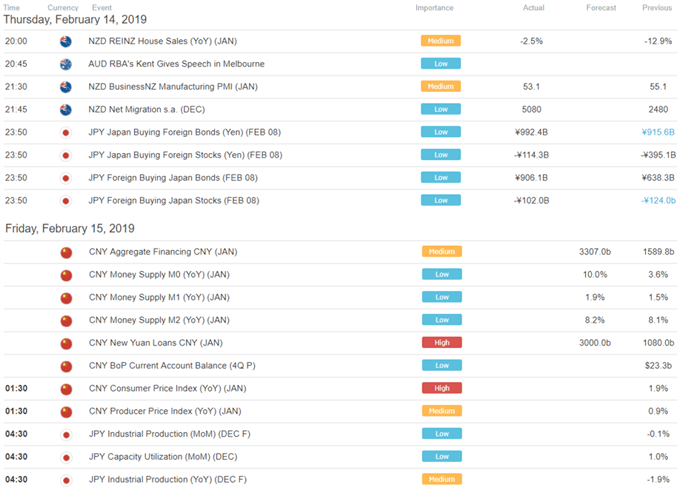