The S&P 500 halted a 3-day winning streak on Thursday as it was tamed by a falling resistance line from October. Towards the end of the US trading session, equities gave up some of their gains which stemmed from hopes of a US China trade deal at this weekend’s G20 Leaders’ Summit in Argentina. Earlier in the day, President Donald Trump said that he is close to doing something with China.

The last minute selloff might have reflected doubts about a resolution between the world’s largest economies given conflicting signals out of the White House in recent weeks. On the sidelines, within an hour of Trump advocating for a meeting between him and Russia’s President Vladimir Putin at the summit, he cancelled plans for one altogether.

This is a step back against prospects of Russia’s President discussing oil prices with his US counterpart after Mr. Putin showed restraint towards OPEC production cuts. Crude oil finished the day about two percent higher. Meanwhile the US Dollar failed to find significant follow through after comments from Fed Chair Jerome Powell sunk it yesterday.

The US Dollar did see a little bit of weakness on the FOMC minutes, but price action was relatively restrained within intraday performance. The document showed that all Fed officials saw gradual hikes as consistent with their goal. They also outlined the case for a rate hike in December which seems almost certainly in the cards. Going forward, many officials said that they need a more data-dependent focus.

With that in mind, Asia Pacific benchmark indexes may trade little changed as traders may be hesitant to take on bets before the G20 meetup. We do have Chinese Manufacturing PMI data that will cross the wires. Should this key Asian economy show further signs of economic weakness, it may spell pessimism in regional bourses and perhaps send a couple of ASEAN currencies lower.

The Australian Dollar could be looking at a turn lower next now that the descending resistance line from July kept prices from rising further. Resistance has formed around 0.7338 coupled with negative RSI divergence which signals fading upside momentum. Should AUD/USD turn lower, it may eye support at 0.7203. 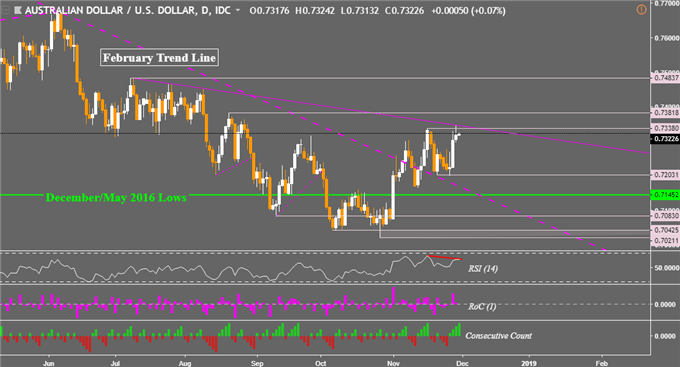 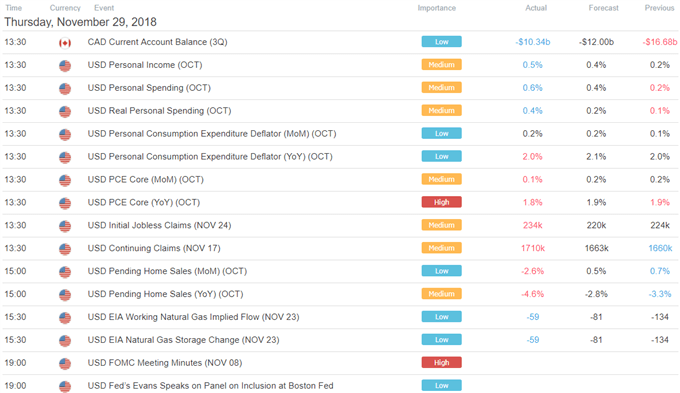 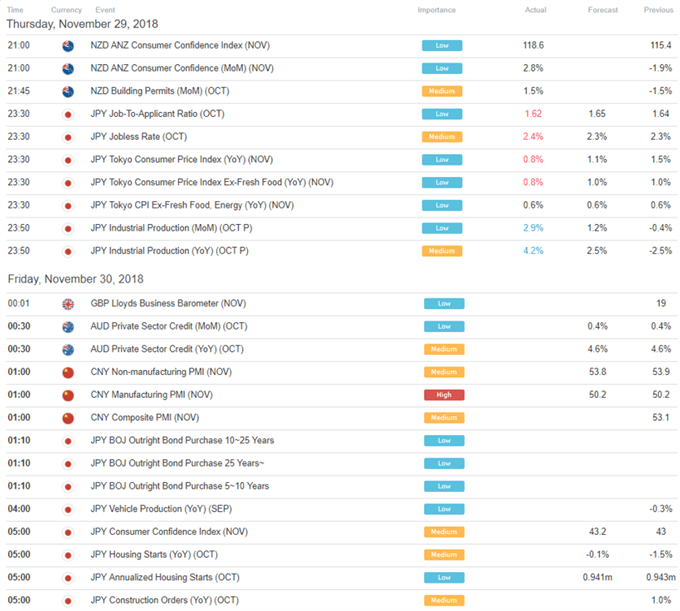