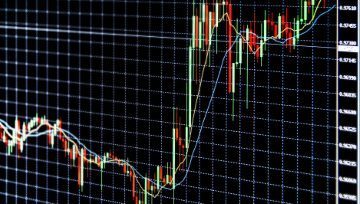 The cycle-sensitive Swedish Krona and Norwegian Krone may experience higher-than-usual volatility in the week ahead as US-China trade war tensions flare up against the backdrop of an avalanche of key growth data. Global investors will have their eye on GDP data out of the US and several core Eurozone economies as the region continues to show weakness and political instability in Italy and ongoing pressure from Brexit talks. 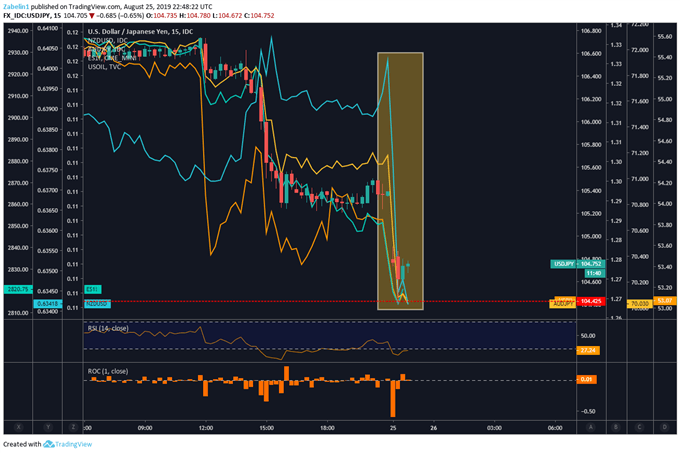 Will US-China Trade War Push Global Economy into a Recession?

Escalating US-China trade war tensions have thrown markets into turmoil after US President Donald Trump announced he intends to increase the $250 billion tariff to 30% from 25% on October 1. An additional $300 billion will come into effect on September 1 at a rate of 15% vs the previous at 10%. Benchmark equity indices significantly fell and has were pushing the anti-risk Japanese Yen aggressively higher against its peers.

The IMF’s updated world economic outlook cited the ongoing US-China trade war as a leading cause behind emollient global growth slowing cross-border investment. Growing recession fears and the rapidly expanding multi-trillion Dollar market for negative-yielding bonds has put a premium on anti-risk assets like the US Dollar and Japanese Yen and a discount on cycle-sensitive currencies like AUD, NZD, NOK and SEK. 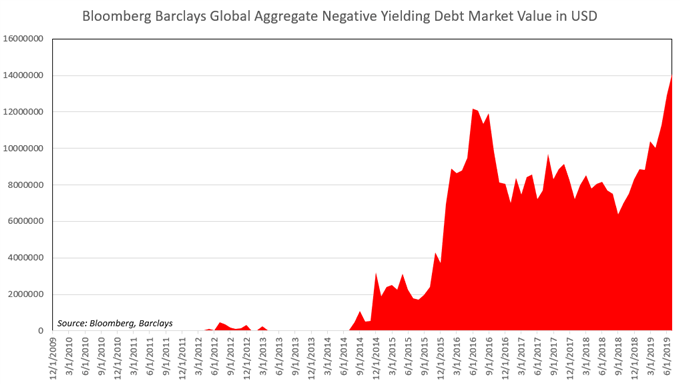 Germany, Italian and US GDP Data May Spook Markets and Pressure Nordic FX

Global investors will be closely watching US GDP data and other similar reports out of key Eurozone economies like Germany, France and Italy. The latter will be particularly important to watch in light of the country’s unstable political drama and because it may be the next epicenter of another – and potentially more severe – Eurozone debt crisis.

US GDP specifically and local consumption data will likely be the most closely-watched indicators this week because of the implications it could have on monetary policy. At the Jackson Hole symposium, Fed Chairman Jerome Powell acknowledged trade wars have slowed growth but also said the “economy is close to both goals”, adding that he will continue to “act as appropriate to sustain the expansion”.

A weak GDP reading for the world’s largest economy would certainly support Mr. Powell’s comments on the “deteriorating” global growth outlook. An underwhelming print would likely boost Fed rate cut bets and further pressure NOK and SEK. Even if the Fed does become more inclined to implement accommodative policies, it is unlikely the central bank will be able to meet the market’s ultra-dovish expectations.

Quarter-on-quarter GDP is expected to show a 0.5% growth, higher than the previous quarter that saw a contraction of -0.1%. Norway’s petroleum-based economy is susceptible to external risks such as trade wars and geopolitical shocks, particularly those out of Europe – the Scandinavian country’s largest trading partner. A poor reading might send a chilling wind throughout the Nordic economies and pressure NOK crosses.

Did you know Norway is home to the world’s largest sovereign wealth fund?