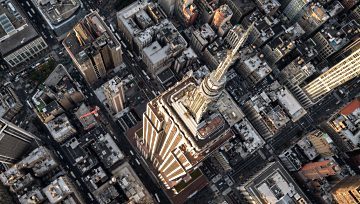 The S&P 500 is on course to drop over 0.5% for the week as investor angst over US/China trade wars continues to weigh on risk appetite, most notably in the US benchmarks. However, while a mid-week bounce has seen losses pared slightly since the escalation with the S&P 500 now down 3% (Prev. -5.4%), the trade sensitive sectors have maintained their losses with the US Semiconductor Index down 10% (Prev. -11%). Consequently, focus will continue to remain trade wars. 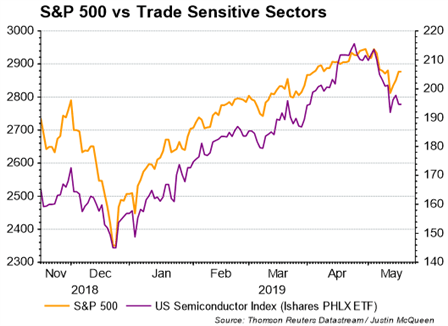 The Federal Reserve have continued to maintain the mantra that they will be on hold for the foreseeable future and that there is little reason to provide a cut. However, bonds markets have continued to price in Fed easing, with money markets fully priced for a rate reduction in December. Alongside this, the 3M/10yr US yield curve has continued to dip into inversion amid the rising trade war tensions. The upcoming week will see commentary from Fed Chair Powell, however, with markets pricing in a dovish Fed, the bar is high for Powell to match those dovish expectations as was evidenced in the post monetary policy decision speech on April 24th, in which the Chair noted that soft inflation was “transitory”.

A firm week for the DAX, which recorded gains of over 1%, among the major factors behind this had stemmed from source reports stating that the Trump Administration were to delay imposing auto-tariffs on EU imports for an additional 6-months (full story), which in turn saw the European auto names surge. The decision to delay could largely be attributed to the fact that US/China tensions have escalated. However, this is merely a delay and not a resolution. Noteworthy calendar events: ECB Draghi & Praet (Thurs), Eurozone PMIs (Thur).

Looking for a technical perspective on Equities? Check out the Weekly Equity Technical Forecast