This time on our Trading Global Markets Decoded podcast, our host Martin Essex is joined by DailyFX Senior Strategist Jeremy Wagner (below). The topic on the table: Elliott Wave theory and its technical nuances. As a Certified Elliott Wave Master, Jeremy is best placed to tell you all about it, so make sure you listen to this podcast with Jeremy Wagner by clicking on the link above or one of the alternative platforms listed at the bottom of the article.

The Elliott Wave story begins nearly 100 years ago when Texas native Ralph Nelson Elliott discovered that the market moved in definable patterns. “Back then there were no computers or pull-up charts for technical analysis. It was an observation on his part as to how the certain patterns defined the direction of the trend,” Jeremy says. 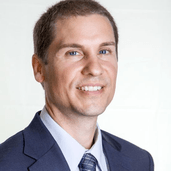 Elliott discovered the market trended five waves and corrected in three waves. The analysis involved looking at these market patterns, identifying current points within that pattern and including key levels where rules may be broken, so as to identify if the wrong pattern was being followed.

Key talking points on this podcast:

How Does Elliott Wave Analysis Work?

Elliott Wave analysis works with five basis patterns: Impulse Wave; Diagonal Wave; Zigzag; Flat; and Triangle. Each of these patterns has a defined series of subwaves. For example, the Zigzag is a three-wave pattern: the first wave subdivides into five waves, the second wave into three waves, and the third into five waves. “So in essence you’re stitching together all of these five and three-wave patterns to figure out the bigger pattern being formed,” Jeremy says.

“Taking a look at the ideal shape of the subwave structure and seeing what pattern we think may be carving at the larger trend [allows you to] pick up clues as to where the market may be at within the trend.”

Click on the channels below to listen to the podcast in full and learn more about this classic technique.