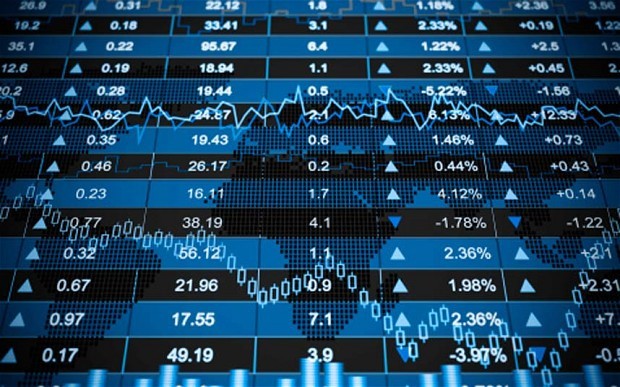 As we look at throughout our education section there’s a plethora of ways to find support and resistance levels. Fibonacci is a popular tool and psychological levels are a significant point of interest. But, if markets don’t acknowledge that support or resistance – what is its point? There isn’t one, right? The only utility for support and resistance is the ability to highlight something that may happen, while allowing the trader to adopt an objective framework for their own activity within a market.

Price action swings can confirm support or resistance levels. Or – they can set the levels themselves if there’s been a significant amount of reaction at a particular price. If you’re watching the .8000 level on AUD/USD, and you see that price runs up to this value, and then finds sellers, you can then walk away knowing that not only is .8000 a level of possible resistance because it’s a psychological level -but that traders and market participants agree and have voiced that opinion with their capital. And as prices drop, more sellers can jump onto that bandwagon, and buyers, on the other side, are getting less and less bullish as price falls, thereby allowing for a further slide.

But, that level of .8000 would not have been resistance if market behaviors hadn’t changed when it came into play. It’d have been a mere speed bump on the way to higher prices as bulls pushed through.

We looked at this concept in our article on price action wicks, highlighting how intra-candle reactions can show the trader a considerable amount of information. It can highlight important levels on longer-term timeframes while removing some of the noise that’s ever-present on shorter-time frames. But, it’s the reactions as shown by wicks that highlight support and resistance levels that traders can use in their approaches.

How to Find Support and Resistance via Price Action

While price action presents a somewhat objective framework for traders to work with, identifying workable zones of support and resistance requires a bit of subjectivity.

The key is to find the areas or price levels in a market where behaviors have changed in the past, thereby highlighting the potential for change in the future. That’s not to say that support will always hold or that resistance will always bring sellers into the picture – but it does highlight areas where traders can look to impart strategy.

There’s a few different types of support and resistance that can be gleamed from price action, as well, which we’ll look at below.

The Touch and Go Long Wick

This is a popular one in fast markets. If some form of capitulation can show, it’ll often stick out in the form of a long wick. The wick of course highlights intra-candle reversals and if this is also matched with an engulf, that can be a powerful indication for near-term momentum. But, for purposes of support and resistance merely the top or bottom of the wick is needed.

In our AUD/USD example above, there was a long wick highlighting that reversal off of the .8000 level. But, even before that there was another as support, highlighting a reversal off of the .5500 level. While support technically did not penetrate the .5500 level, the fact that buyers stepped in 9 pips early shows that there was some defense going on at that price, with buyers ready to step-in before the level even came into play. This would also show that buyers were somewhat aggressive here, looking to buy even before the big figure was tested through.

In both cases identified below, strong continuation followed.

So the above example shows two strong cases of what I’m referring to but, there’s another long wick on the chart that I haven’t touched on yet, and I don’t want this article to be just cherry picked examples of when things worked out well. So let’s dig a bit deeper…

On the left side of the above chart is a long wick highlighting a reaction, and I’ve added a purple box to this area on the below chart.

Below I get a bit closer with that item and we’re essentially looking at a low point of the wick at .6743 that was followed by a strong reaction, as that weekly candle closed above the .7000 psychological level.

So, another way of thinking of that candle was that during the week, something bad happened, causing sellers to push prices below the major psychological level until, eventually, capitulation showed at around.6750. That was followed by buyers jumping in and responding to that sell-off, eventually erasing the entirety of the bearish move and then some.

Sounds pretty bullish, right? Well, for the next few weeks, buyers continued to push, eventually setting a fresh high just inside of the .7300 handle (.7295 to be specific). This highlights how long wicks can highlight reversals that could then continue for a bit. But, that’s not why we’re looking at this example. Instead, focus on the point of support as produced by the long wick at .6743.

That price comes back later in the year and for almost three full months – helps to set the low in the pair. I’ve added a dark red box around this area as that support played out.

So, in that above example, support as produced by the long wick helped to hold the lows after coming into play in August of 2019. And, to be sure, this is intel that can help traders, spotting support as sellers are pushing more and more, as indicated by the lower highs that showed up between the initial test at .6743 and the latter collection of wicks on the weekly that held the low at that same spot.

But the more exciting setup off of this zone didn’t show up until February of 2020. I’ve added a green box around this area on the chart and during this three-week-period, you can see where prices gyrated around resistance at that prior support level. That led to a breakdown with another fresh low, that was followed by a brutal move of more than 1,000 pips. And the reason, given the timing, was covid, as that was getting priced-in to markets. But, as you can see from the technical backdrop the ground was set for a breakdown and covid just ended up being the reason.

Focus on the green box in the below chart, highlighting the importance of that prior long wick in a) setting support and then b) setting resistance as the breakdown took hold.

The Grouping or Collection of Wicks in Tight Proximity

This gets a bit more subjective but can be particularly important on longer-term charts.

When you see multiple wicks reacting around the same vicinity, you have an inflection. This is a pretty clear sign that there’s a line in the sand that’s bringing buyers or sellers into a market. Will that hold? You’ll never know, all that you’ll know is that’s the price that’s bringing buyers/sellers into the market and that, in and of itself, can be usable to the trader.

Since we’ve talked about AUD/USD quite a bit already, let’s keep the focus there.

After AUD/USD hit the big figure of .8000 in February of 2021, buyers were ready for a break. Price action had pulled back and support set-in around the same .7557 level that was in-play as support before the test at .8000. I’ve added a green box around this zone, but I’ve also added a red box, illustrating some very slight penetration of this level on the weekly chart that was met by reversal, as indicated by the underside wick on that candle. Over the next six weeks, prices rallied by more than 300 pips off of the lows as that support held, and it was a simple reference point from a prior swing on the weekly chart.

Below I take an even closer view and I’ve added two purple boxes around the weekly lows that were in-play ahead of the .8000 test, after which price returned for support (which is in red).

As you can see, that support test after the rejection at .8000 had helped to hold the lows, and price bounced and held above this level for the next couple of months. But, by the month of June, bears had enough, and prices quickly plunged below that area of support.

And there’s a couple of take-aways from this iteration: After the initial breakdown, prices still continued to probe that level for resistance, as indicated by the weekly wick highlighted in purple on the below chart.

But, perhaps more importantly, that same price came into catch the high later in the year, and this is highlighted in orange. That resistance inflection led to a steep fall, with prices dropping all the way down to the .7000 figure.

The .7000 big figure came in as important, helping to hold the lows after that bearish run and even coming back into the equation a couple of months later. This showed a collection of reactions at a similar spot and while this may not have taken the form of long wicks, the tight proximity with which this support had priced-in allowed for traders to see it very clearly.

The corresponding bounce from that support ran into the same resistance level that caught the high previously – and this was even matched with a long wick – indicating an aggressive intra-bar reversal. After which sellers came back into the matter and finally took out that .7000 psychological level.

But the entire structure for this setup was taken from the weekly chart of AUD/USD, using only simple price action indications.

There’s one other significant item of support and resistance that can be taken from price action, and we’ll look at that in our next piece on the topic, entitled ‘The Price Action Tell.’