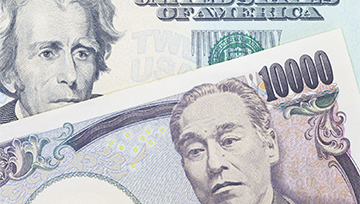 Asia-Pacific stocks are looking at a mixed open as higher yields in the US weigh on global sentiment. The Wall Street trading session didn’t offer much hope for traders. The benchmark S&P 500 fell 0.8% on Thursday. Treasury yields rose across the curve, but more so along the longer end, which eased the 10-year/2-year yield gap inversion to around -38 basis points. While peak hawkishness appears to be the current view in overnight index swaps and Fed funds futures, hawkish comments from several FOMC members spooked equity investors.

The British Pound gained after news of Liz Truss’s plans to resign crossed the wires, but early strength was trimmed, and GBP/USD traded nearly unchanged shortly after the NY closing bell. A new successor may be named as soon as Monday, with front runners seen in Boris Johnson—yes…the former PM who was recently ousted—and Rishi Sunak, among others. Ms. Truss’s resignation likely puts an end to Gilt market turmoil.

This morning, South Korea’s producer price index (PPI) for September crossed the wires at 0.2% from the month before, up from -0.4% in August, indicating rising factory-gate prices. New Zealand’s trade balance is due this morning. The weak Kiwi Dollar has added costs to imports, and a deficit may continue over the short term. The island nation posted a 2.4 billion deficit in August. A growing deficit would likely weigh on NZD.

Japan’s September consumer price index (CPI) is expected to cross the wires at 3.0% from the year before. That would be up from 2.8% in August. Like with NZ, a weak Yen adds inflationary pressures, complicating the Bank of Japan’s monetary efforts. The Yen is on track to weaken against the Dollar for the twelfth day, an impressive feat. With USD/JPY above 150, we can likely expect aggressive jawboning from Japanese policymakers.

USD/JPY is now above the 150 level but just barely. The BoJ may choose to intervene around these levels, but technically, prices look due for a short-term pullback. That could mean a brief drop to the rising 9-day Exponential Moving Average (EMA), which has supported prices going back to August. The Relative Strength Index reached its highest levels since early 2022, reflecting the aggressive JPY selling over the past 12 days.