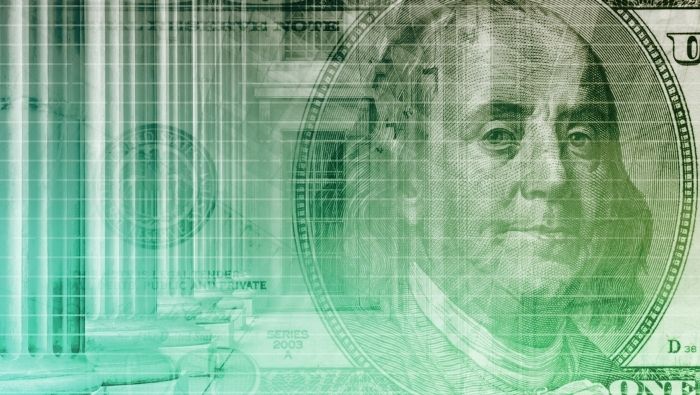 The fourth quarter was a tough one for USD bulls. The currency initially held a higher-low support bounce into October trade, but bulls were unable to re-test the highs, and that led to a very strong bearish reaction in November that has run through the first half of December.

This all happened even as the Fed continued with their 75 bp rate hikes in September and November, finally softening the hawkish touch a bit in December with a 50 bp hike.

But, as is often discussed when it comes to the USD, or more specifically DXY which is the common measuring stick of the USD, there is a skew in its composition. The DXY contract is essentially a composite of underlying currencies, of which 57.6% is the Euro and 13.6% JPY with another 11.9% in GBP. The British Pound put in a collapse-like move in late-September, which helped to build the spike in the USD just before the Q4 open.

And as GBP/USD recovered from that spill, along with EUR/USD battling back-above the parity level, the USD continued to come off throughout the quarter. The big question at this point is whether that was an aberration or the start of a new trend, and the answer to that likely emanates from fundamental cues, largely in the area of rate expectations moving forward between Europe, the UK and the US.

The trend in the US Dollar had become aggressively overbought last summer. This was driven by a confluence of factors, key of which was fear from the Euro-zone. With war raging on Europe’s eastern border and with many key commodities and raw materials coming from the region, an already worrying problem around inflation was exacerbated. Combine that with low growth rates in Europe and the fear that rate hikes would stifle what growth did exist, and there were some significant concerns around the single currency which helped to launch the USD to fresh 20-year highs.

The USD was already on a strong trend through Q1. But that bullish move ramped up to an entirely new level in Q2 as Euro weakness started to take-over, and then caught another push in Q3. The fall in Q4 was a correction of that overbought status in the USD, and this sets the stage for the 2023 open with the Greenback holding at a more reasonable but still elevated level from a historical standpoint.

I’m setting the forecast for Q1 to neutral. I think bulls will make a comeback at some point in Q1 but, from where we’re at now, there’s no evidence of that yet. As of this writing, with a couple weeks left in the year, the USD has continued on a pattern of lower-lows and lower-highs, although there is the possibility of near-term bottoming as there’s been the formation of a falling wedge.

But, as John highlighted in the fundamental forecast for the USD, a return of risk aversion could attract flows back into the long side of the Greenback. And there could also be the return of the rate advantage, as the Fed may have more room to continue hiking rates than Europe or the UK, although that’s not a factor that’s fully taken back over yet.