The British pound atypically slumped over 4.8% during Asian trade this morning, traditionally a period of low trade volume and minimal price volatility. While the low trade volume (lower liquidity) may have had a hand in the significant price move, the fundamental catalyst stems from the UK’s new Chancellor Kwasi Kwarteng announced additional tax cuts – the highest in 50 years!

Looking at the current Bank of England (BoE) monetary policy stance, the central bank is clearly looking to raise interest rates to combat the inflation problem but a loose fiscal approach which may help the consumer short-term (energy price caps) will likely result in ballooning inflation pressures in the medium/long-term once fiscal support is removed. Supplementing the problem is a weakening local currency leaving inflation susceptible to the upside. Money market pricing shows a sharp increase in interest rate increments from roughly 57bps last week for the November meeting to 75bps today.

The Chancellors tax cuts are being primarily funded by borrowing (selling UK Government bonds known as ‘gilts’) at a time when the UK economy is in a debt crisis. Although the Chancellor stated that debt to GDP is expected to fall, the opposite is more likely the case. Coupled with a deteriorating economic growth outlook for the UK, this unfunded package is thus far leaving global investors extremely wary about funding the deficit by purchasing UK government bonds. Many are dubbing this a balance of payments crisis and BoE intervention may help quell the current sterling risk aversion.

Today’s price action has sterling down against almost every currency worldwide indicative of not just a strong dollar (cable) but rather global concern around the status of the UK economy. The economic calendar is relatively light today but the BoE’s Tenreyro is scheduled to speak later this evening and will surely carry more scrutiny than usual 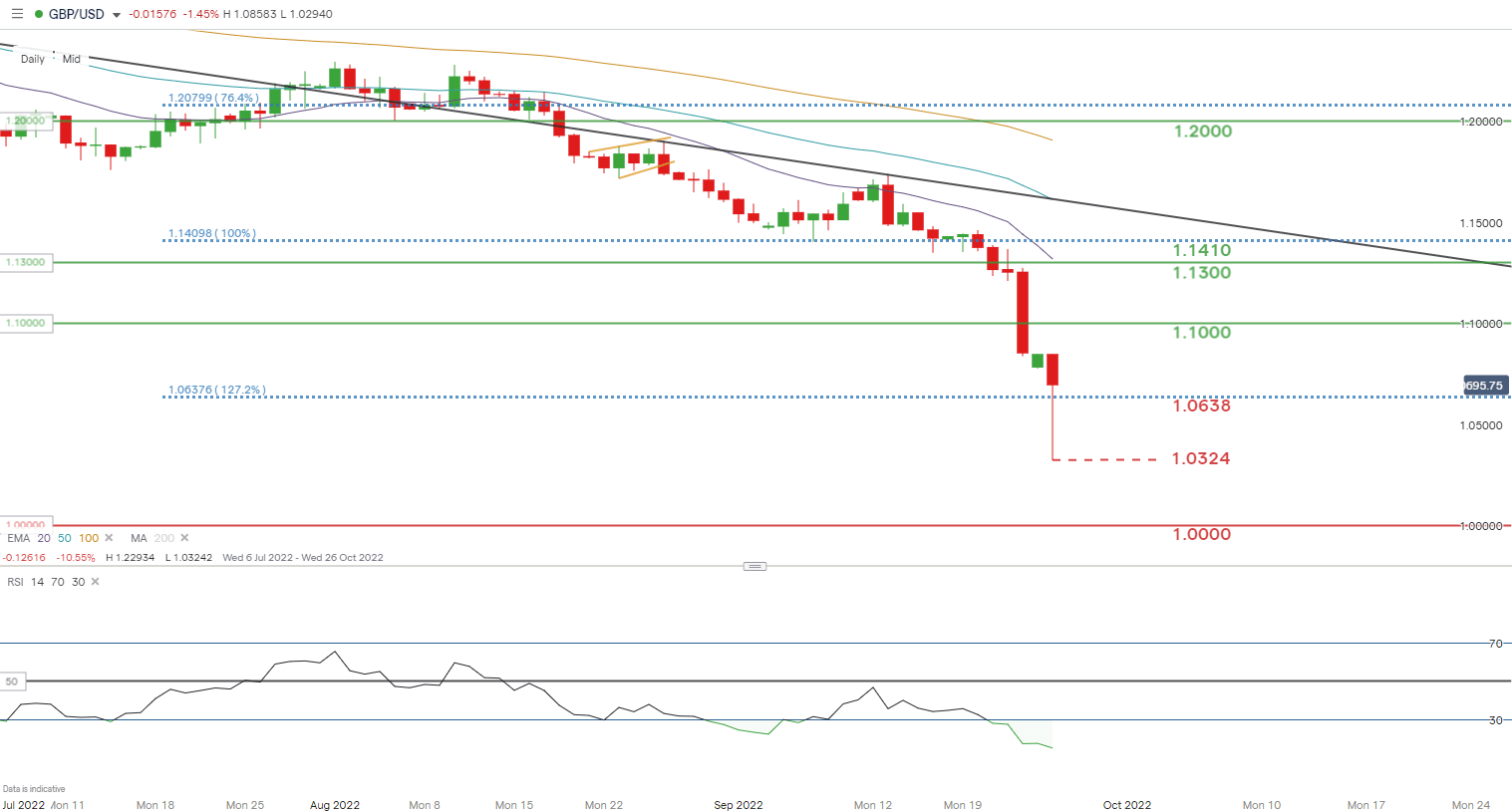 Cable has clawed back some of its Asian session losses, now trading above the 1.1064 support level. While the Relative Strength Index (RSI) remains deep in oversold territory, without monetary and/or fiscal involvement and guidance, sterling may be unable to pull itself out of the current downtrend. 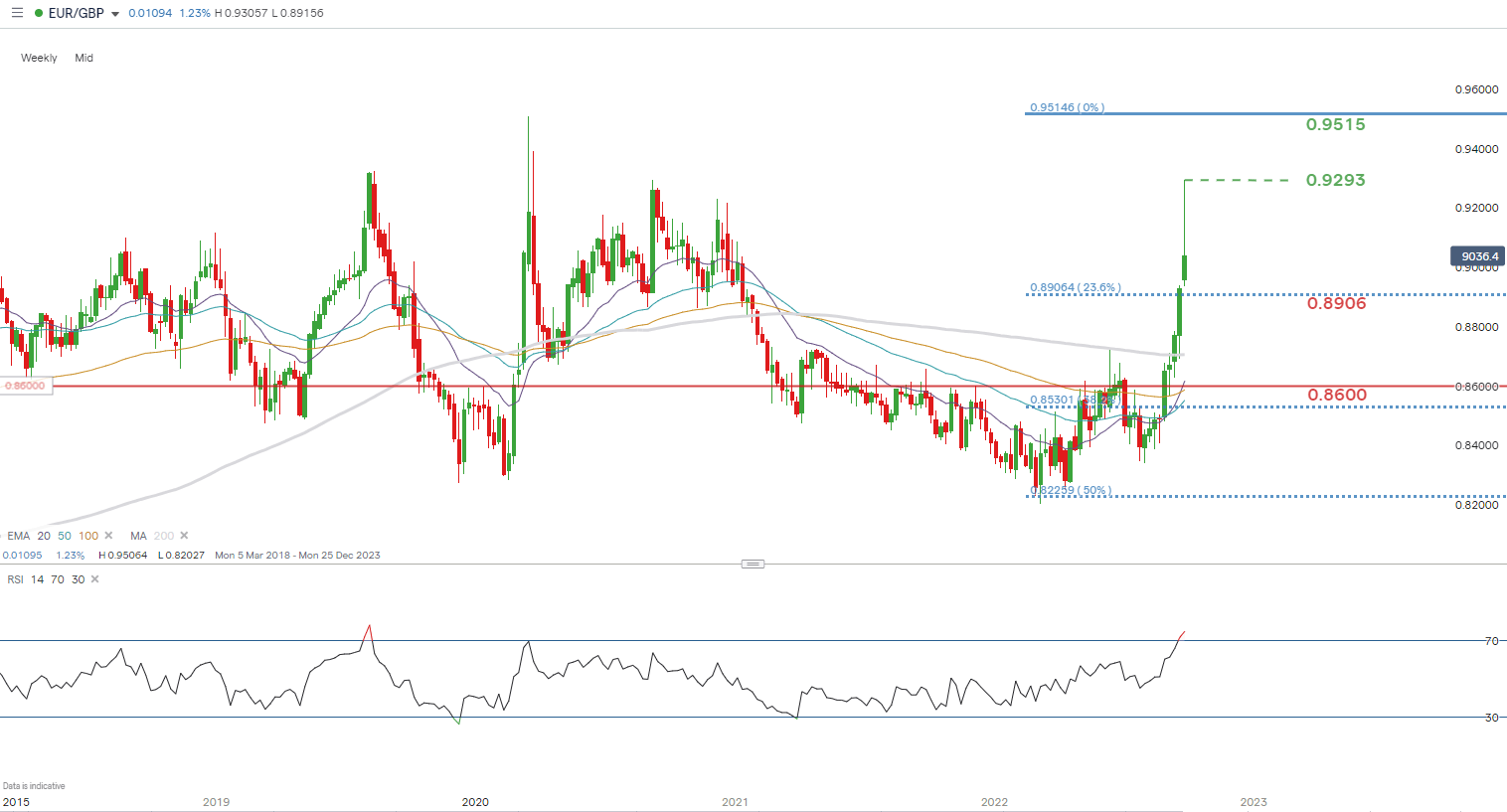 The weekly EUR/GBP chart above reflects the rapid sell-off shows today, surpassing the 2020 September swing high. The rally in EUR/GBP has pushed the pair into overbought territory and the presence of a long upper wick similar to GBP/USD, may point to some respite for the pound short-term.

IG Client Sentiment Data (IGCS) shows retail traders are currently LONG on GBP/USD, with 76% of traders currently holding long positions (as of this writing). At DailyFX we typically take a contrarian view to crowd sentiment but due to recent changes in long and short positioning, we settle on a short-term upside bias.