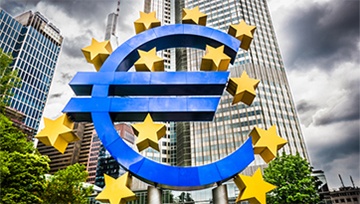 EURUSD Outlook Has Technical Pressure and the ECB Rate Decision

The Federal Reserve rate decision was as provocative as expected with the policy decisions – at least relative to the market’s expectations. The observation of volatility from the likes of risk assets and the Dollar was noticeably more constrained than what would be expected from the heights of FOMC-day volatility in 2022. And, the actual traction following the event was all but absent. In part, the outcome from the rate decision was generally in-line with the expectations from the wider event; but the market’s skepticism of the central bank’s abilities moving forward is playing a crucial role in disarming bigger moves. With the passing of the last of the largest known events of the year, the markets may relinquish market movement from here to seasonal norms. If that is the case, the December liquidity drain assumptions around the holiday are going to be strong. It also caters to the picture the S&P 500 (as a ‘risk’ measure) has created with its narrowest 20-day range in 13 months. It is a broad enough range that generous levels of volatility can readily hold within the bounds. What could defy the seasonal norms and provoke December 2018 levels of volatility? Perhaps an ‘official’ US recession designation or an acute financial crisis (grey swan). 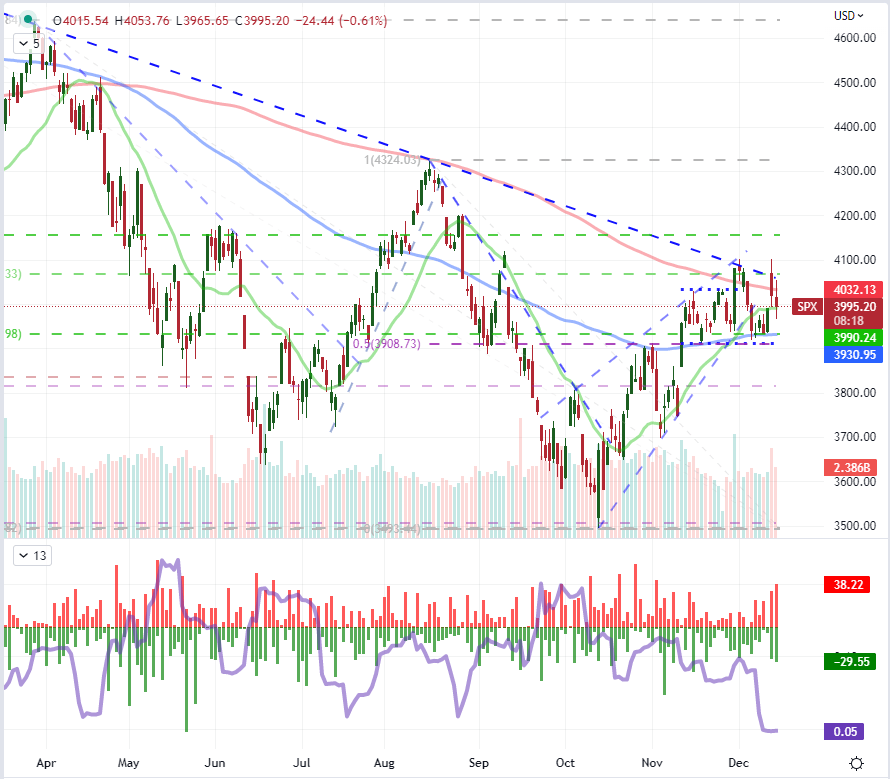 Why were the US indices and Dollar ultimately unable to catalyze distinct event risk like the FOMC rate decision into more significant price action? Let’s run through the potential scenarios the central bank could follow and the actual outcomes. The most readily digestible element of the policy meeting was the rate decision itself. The 50 basis point hike to the 4.25 – 4.50 percent range was in line with expectations (79 percent probability from markets via Fed Fund futures) so was well priced. That immediately shifted the attention to the Summary of Economic Projections (SEP) which was released at the same time. While there are different elements to this survey – including a downgrade in GDP forecasts from 1.7 to 0.5 percent and upgrade in inflation expectations – it was the interest rate projection that mattered the most. Despite the market’s terminal rate forecast roughly by the June 2023 meeting set around 4.83 percent heading into the event, the groups median forecast of a 5.1 percent high water mark wouldn’t trigger a significant repricing. In fact, the market seems to remain just as cynical of the central bank’s guidance on rates next year as it was before the update. 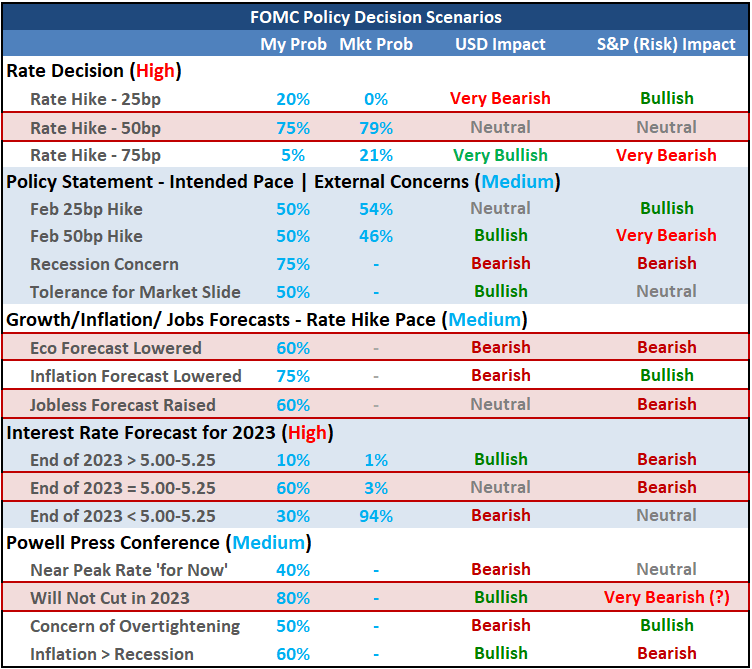 Herein lies the unresolved and undetonated consideration from this event risk. Chairman Powell would go so far as to make the point, in response to a question, that 17 of the 19 officials participating in the forecast expected a terminal rate above 5 percent. A related element of potential hawkish defiance for the future is the belief that the Fed will cut rates in 2023 which market participants expect while the central bank believes is not in the cards. Interestingly, if the Fed is forced to break from its guidance, it could very well be due to recession risk which is just as detrimental to risk trends. As for the trajectory of the US Dollar, the divergence in expectations between policy authority and market are eating into the perceived carry trade advantage the Greenback has been charged on through the past year. With Fed Fund futures plateauing, so too are shorter duration Treasury rates which are more closely linked to the evaluation of yield differential trades. While the 2-year Treasury yield was generally flat around 4.2 percent, the threat of a strong bull trend breakdown could change that perspective. Meanwhile, other major regional benchmark rates are working to close the gap with the US. 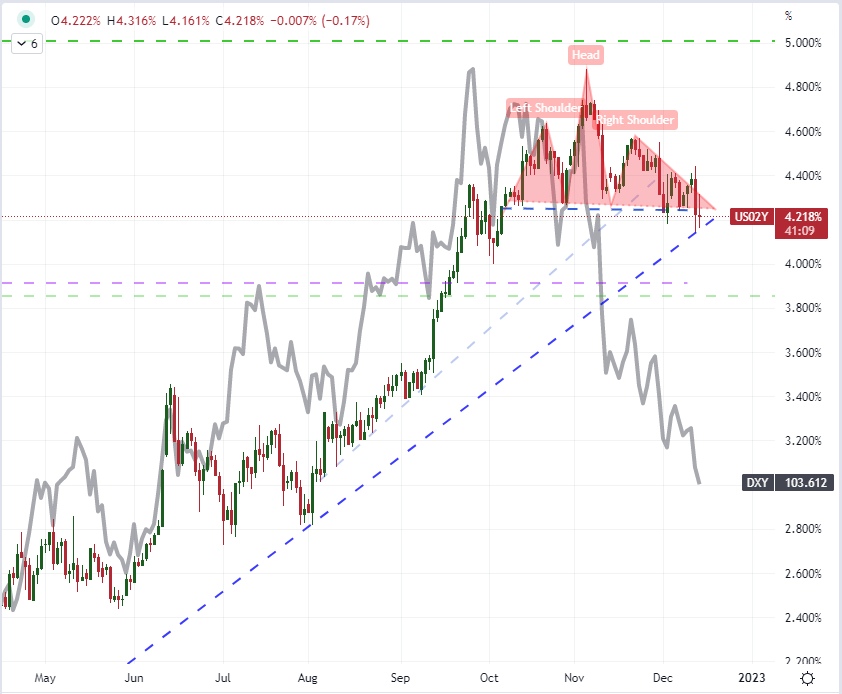 Speaking of closing the US Dollar’s advantage, the economic docket over the final 48 hours of this week will be exceptionally active on the other side of the majors. There are five major central bank rate decisions on tap (ECB, BOE, SNB, Hong Kong and Mexican central banks), a run of Chinese data for November, Australian employment data and of course the developed world advanced December PMIs on Friday. There is a lot to chew on from the world’s largest economies and markets, but I am also interested in the lesser followed but more extreme assets. In the aftermath of the better-than-expected New Zealand 3Q GDP reading, there wasn’t much extended movement from an already stretched New Zealand Dollar. If the market starts to retreat despite this data, it could start a speculative wave that is more productive. With so many events from counterparts’ dockets, the Kiwi pair that looks the most interesting to me is NZDCAD. 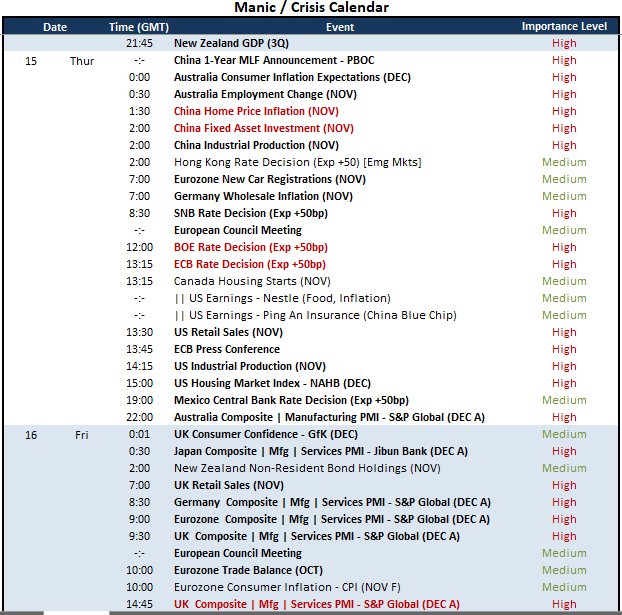 As interesting as the minor and exotic exchange rates may be, there is reasonable attention that should be afforded to pairs like GBPUSD and USDJPY. The former broke above 1.2300 (the midpoint of the post pandemic range) before the FOMC decision and the latter is still coasting lower after holding up former support as new resistance around 1.3750. The most technically-charged pairing those is EURUSD. We are nearing the terminus of a rising wedge formation October’s low which happens to be pushing into a long-term trendline resistance around 1.0700. A technical break is highly likely before the weeks end simply because we will run out of room between these intersecting patterns. That doesn’t mean that we have to find follow through on a breach however – which would be what I call a ‘break of necessity’ rather than a ‘break of conviction’. With the European Central Bank (ECB) expected to announce a 50bp rate hike Thursday morning and the market highly skeptical of a move after this lift to 2.50 percent, there is plenty of room for speculation to unfold…whether it be hawkish or dovish. 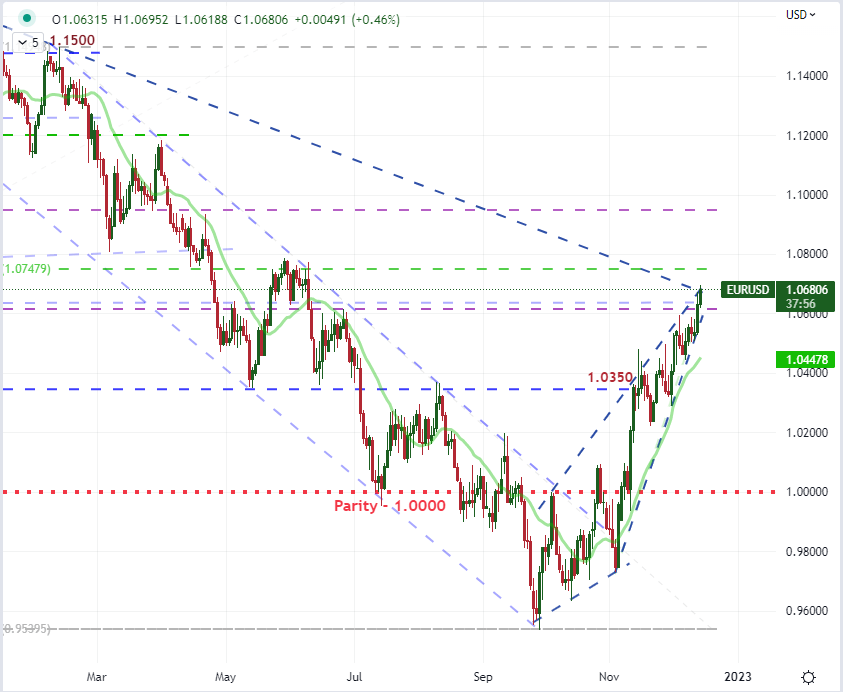