Markets continue to exhibit signs of being in transition as dominant trends for most of 2022 appear under threat. For most of this year, EUR/USD has trended lower but signs of easing inflation in the US has resulted in markets pricing in a softer dollar on the hopes that the Fed funds rate needn’t rise as high, or remain high for as long, as initially anticipated. A softer dollar and declining US treasury yields have been the driving force behind the EUR/USD ascendency, which is why this article considers developments in the US next week, mainly, the FOMC interest rate decision but also a crucial CPI print for November after the cooler October print.

Headwinds for the eurozone appeared to be dissipating as the price of EU gas declined during what has thus far been a mild fall (the 5th hottest on record) and the single market economy has thus far staved off a recession. One thing that lingers is stubbornly high inflation which has failed to move back into single digits and now reports of colder weather making its way across Europe has gas prices trickling higher, threatening to keep inflation elevated – adding to the euro’s challenges.

The 'neutral' tag accompanying this forecast is due to the uncertainty around not one but two related central bank meetings, comments via the press conferences that follow and the market's overall perception of the respective decisions which can heavily influence the direction of travel for major FX pairs 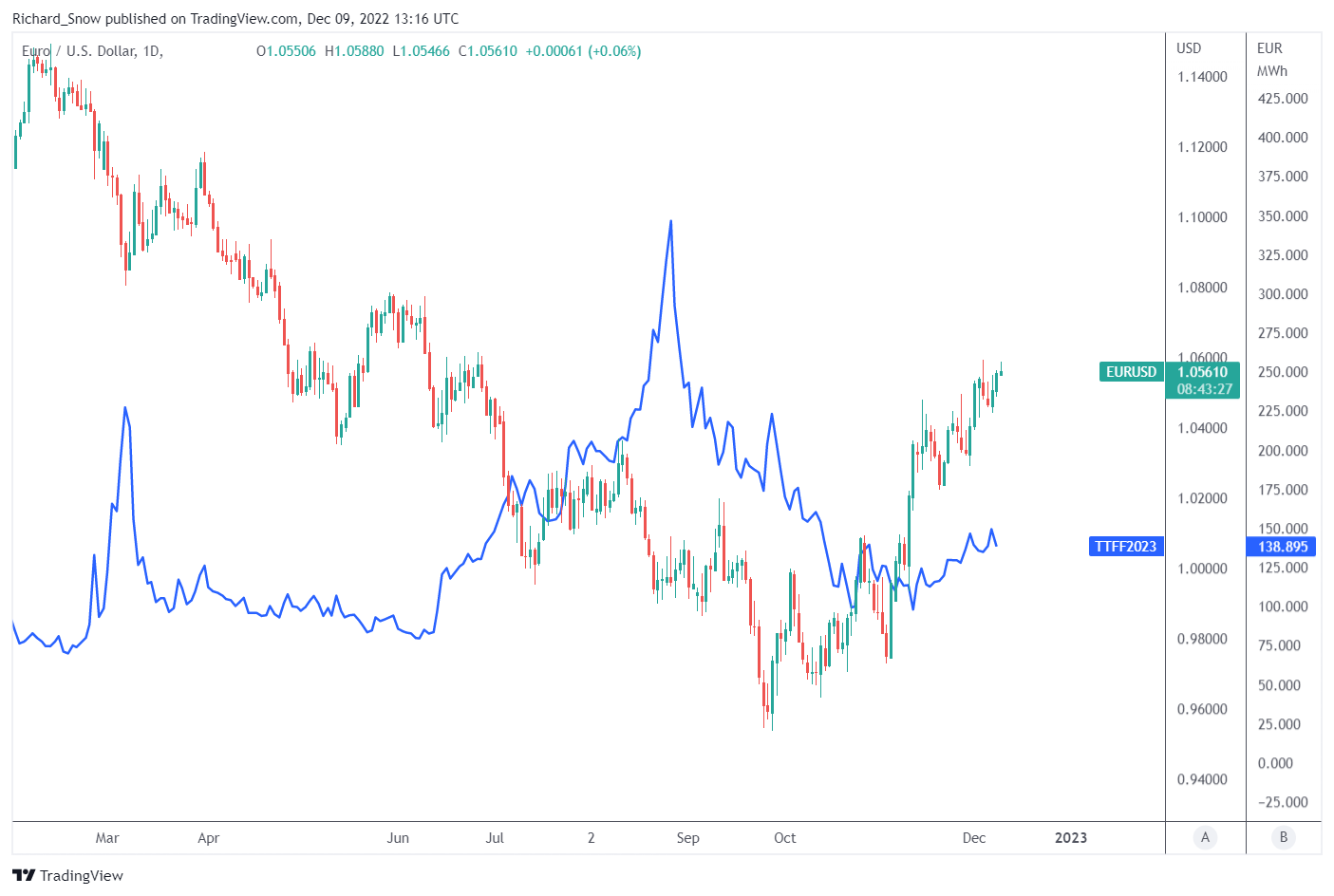 Next week is by far the busiest week on the economic calendar ahead of the inevitable slowdown into Christmas and the new year.

With the dollar driving most of EUR/USD price action, it makes sense to consider this highly important data print for the world’s largest economy, particularly after the first sizable drop in the general level of prices in October. Markets have already priced in (to a degree) the possibility of lower expected inflation and a second successive print lower should support the current dollar selloff and subsequently buoy EUR/USD. On Friday, the final EU inflation figures are due for release but since this is the third and final number, it is unlikely that there will be a material difference in the final figure, but something to keep an eye on nonetheless.

The Fed kicks off the week of central bank meetings where Fed officials continue to make reference to the cumulative effect of prior rate hikes and the appropriateness of slowing future hikes, while at the same time stressing that more needs to be done. As such, the base case for next weeks meeting is a 50 bps hike but, more importantly, markets will be eagerly awaiting the Fed’s summary of economic projections to see where officials see inflation and the terminal rate for 2023. Quantitative tightening (QT) is set to continue at a pace of £95 billion per month into next year and ought to reach around $500 billion worth of tightening by the end of 2022. Thankfully for the Fed, US data continues to show signs of a robust economy despite the aggressive tightening as jobs numbers continue to accumulate each month and the latest services ISM report suggests that the US economy is growing at a faster pace than in October.

On Thursday, the ECB President Christine Lagarde will answer questions on the Bank’s interest rate decision which appears poised for a 50 bps hike although some governing council members were unable to rule out the possibility of a 75 bps hike, but that appears to be a lower probability outcome at this stage. The ECB is set to begin QT in 2023 as it has been passively reducing its balance sheet by purposely deciding not to reinvest a portion of maturing bonds under its Asset Purchase Plan (APP) – one of its quantitative easing (QE) measures. 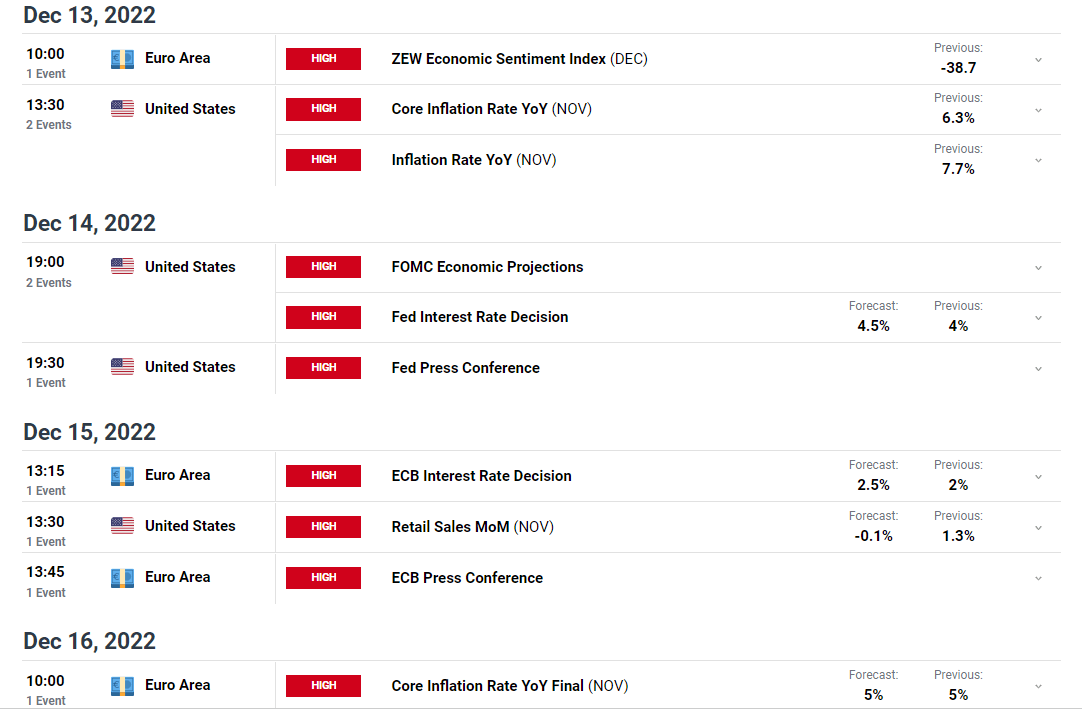