EUR/USD staged a 100-pip rally following Asian session lows around the 0.9900 area. This follows the heavy selling pressure experienced by the dollar on Friday as the dollar index continued its slide after the European open this morning pushing the pair back toward parity.

Friday’s data out of the US was largely positive as job numbers beat estimates. The slight increase in unemployment numbers were not enough to justify the decline in the dollar index which has continued into today’s European session. The only change has been in interest rate hike expectations with markets now leaning more toward a 50bp hike from the Federal Reserve’s December meeting. The probability of a 50bp hike has increased from 44% a week ago to 57% as of this morning which could explain some of the greenback’s weakness. 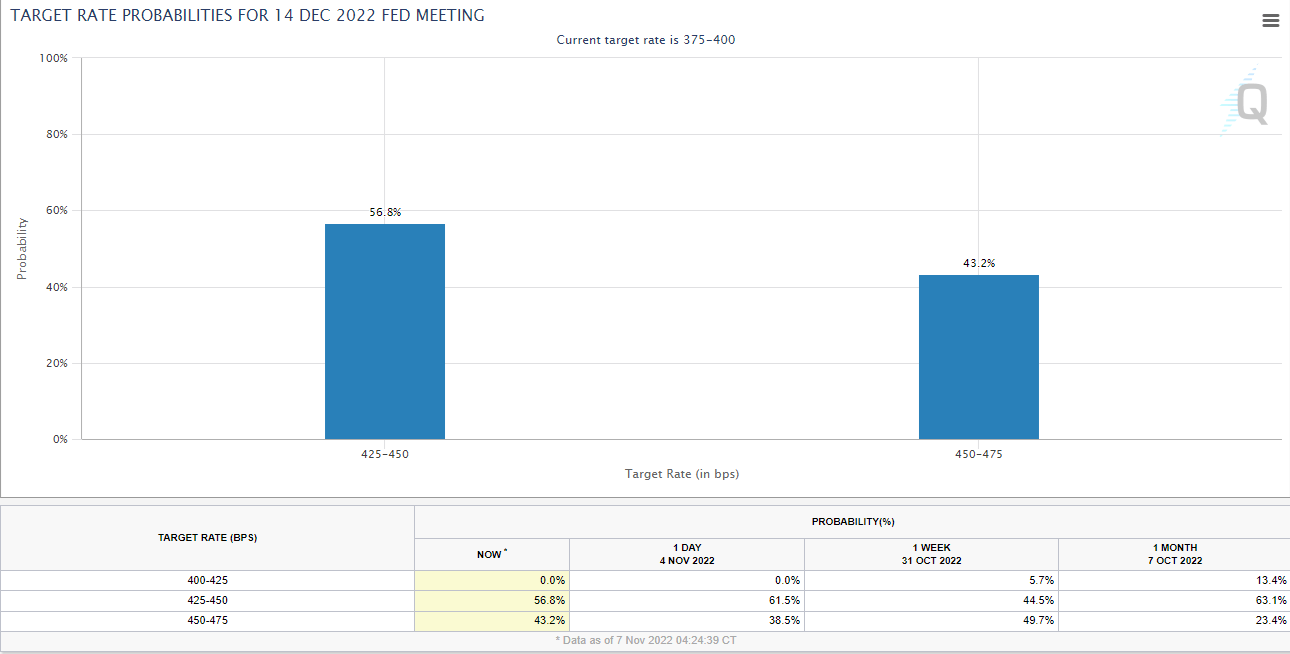 The Euro did receive a slight boost as German S&P construction PMI showed a marginal improvement while industrial production beat estimates as well. We do have a few ECB policymakers speaking during the week though I don’t expect them to provide any notable surprises.

The biggest risk event for the pair this week remains the US inflation numbers due on Thursday which could add some volatility. A hotter than expected print from the US could see rate hike expectations change once more and dollar bulls return.

From a technical perspective, this morning’s rally hasn’t been able to push the pair beyond parity. Price action on the daily remains bullish as last week Thursday’s daily candle failed to close below the swing low around 0.9700. Friday’s daily close as a bullish engulfing candle wiped out the previous four days of price, a possible sign of bullish momentum.

This morning saw the pair find support at the 20 and 50-SMA before rallying a 100 odd pips. A push higher above parity may find resistance at the 100-SMA while the previous swing high rests around the 1.0100 area. There remains a lot of support between the 0.9850 and 0.9900 area which would need to be cleared if the pair is to push lower toward the 0.9700 area and threaten a change in structure.