After more than two weeks of tight compression, it seemed Wednesday as if the US equity markets had finally found the catalyst to revert to a trend. Yet, given this past session’s stumble, it doesn’t seem that there was much confidence in the bullish direction the market’s had inevitably chose. For the Dow Jones Industrial Average, the progress was particularly newsworthy. While the 2.2 percent rally was more reserved relative to the Nasdaq 100’s 4.6 percent charge and the S&P 500 earned its first break back above its 200-day simple moving average (SMA) since April, the Dow notched the milestone of technically returning to a ‘bull market’. That is defined as a more than 20 percent advance (I measure close to close) from significant or structural lows. For the truly bullish in the market, that could have been a rally cry that could have drawn more sidelined enthusiasts to the cause of an early ‘Santa Claus rally’, but this past session’s loss of traction will throw serious doubt across even the most 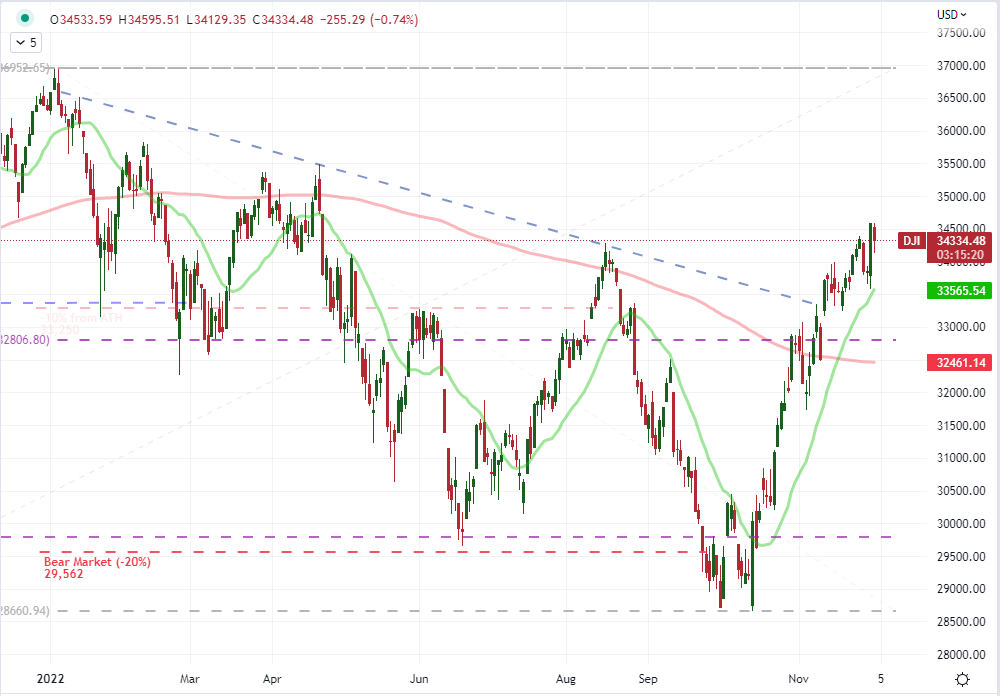 What is remarkable about the lack of follow through this past session is that the same fundamental driver that seemed to spool up sentiment on Wednesday was feed further fodder this past session. It isn’t a stretch to attribute the abrupt rally the day before to the afternoon remarks from Fed Chairman Jerome Powell as the rally began almost immediately after the official said that the pace of rate hikes would likely slow moving forward – perhaps as early as this upcoming FOMC decision. There is good reason for a degree of skepticism around this market response given that it essentially aligned with market expectations for the past few weeks, but sentiment shifted favorably nevertheless. So, to see the release of the Fed’s favorite inflation indicator – the PCE deflator – with a measurable slowdown in tempo (6.3 to 6.0 percent) to further the same perspective without a commensurate market response was remarkable. If enthusiasm that a downgrade in the Fed rate policy can’t inherently carry the bullish trend forward, then other concerns will start to leak in – such as the threat of a recession. What’s more, Friday’s top event risk (the November change in NFPs) can prove either a catalyst for bulls or bears.

Calendar of Major US Event Risk Through Week’s End 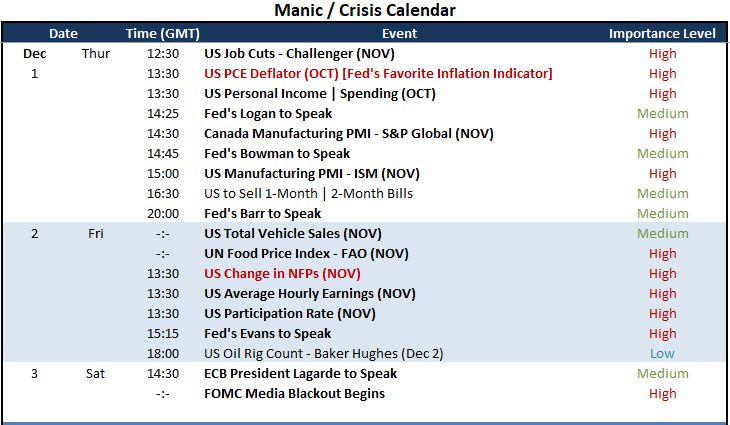 As we monitor the impact of high profile event risk on the market moving forward, I believe it is important to gauge the relative performance of the Dow, S&P 500 and Nasdaq 100. All of these indices fit into the same category (major US equity benchmarks), but the nuance between them can speak more poignantly to the quality of sentiment behind the financial system. The ‘bull market’ for the Dow is quite the contrast to the tech-heavy Nasdaq’s struggle to recover from a -36 percent culling from last year’s all-time-highs. The ratio between the Nasdaq (the growth index) and the Dow (the value index) is of particular interest to me. For a measure like the Dow, the impression that is has already left the atmosphere of bearish concern; but the picture is very different when we look at the wider world of equities encompassed by these other US indices – as well as their global counterparts. 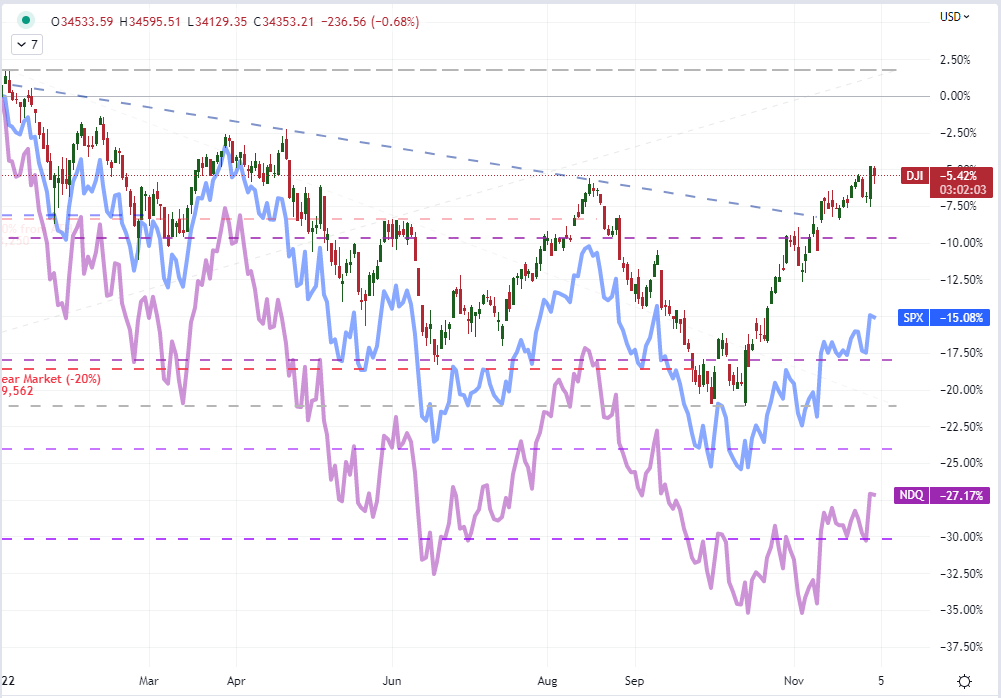