The Dow Jones, S&P 500 and Nasdaq 100 rejoiced today as November’s US CPI report crossed the wires. Across the board, the data surprised lower. Headline inflation clocked in at 7.1% y/y versus 7.3% anticipated. This is as the core gauge, which strips out volatile food and energy prices, crossed the wires at 6.0% against the 6.1% consensus.

But, within hours, Wall Street gave up virtually all its gains. What gives? Looking at the chart below, we can see how Treasury yields reacted alongside the Dow Jones to the inflation report. Do you notice something interesting? The front-end 2-year rate suffered more than the long-term 10-year yield. That also meant that yield curve inversion narrowed slightly.

Looking at Fed rate hike bets over the next three years, we can see that after the CPI report, markets slightly increased near-term dovish expectations. But, in the long run, or in this case three years from now, the Fed rate outlook was practically left unchanged. This could hint at a pivot that comes sooner, which is what traders have been increasingly pricing in over the past few months.

But, with that increasingly priced in at this point, think about what that means. If a pivot comes sooner, the recovery after the pivot also comes sooner. In other words, markets may have been focusing on the long-term today. The sooner the pivot comes, the sooner the next tightening cycle kicks in as the central bank will be seen trying to stimulate inflation in the distant future. Remember, markets are forward-looking. 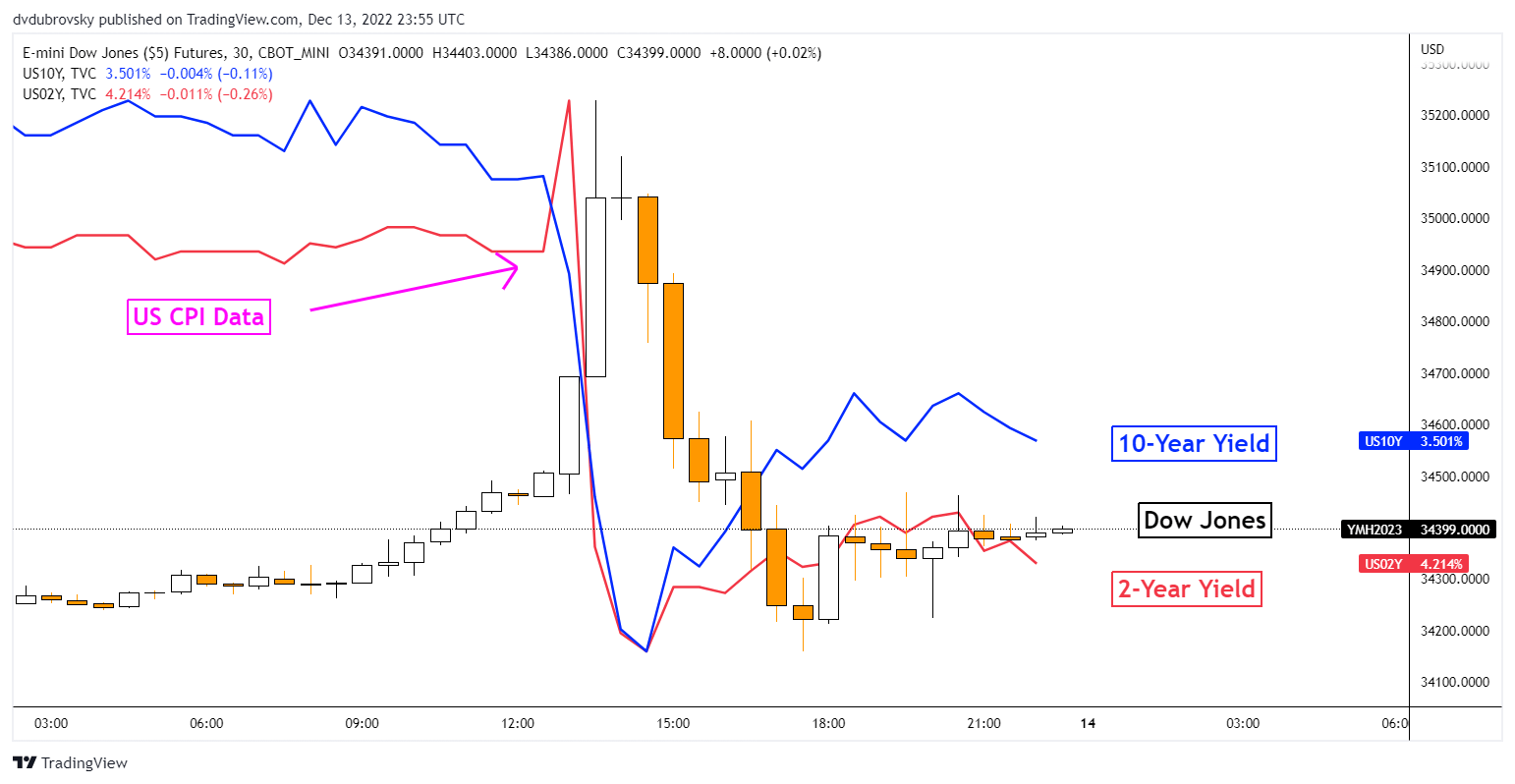 With that in mind, it remains unclear to what extent Asia-Pacific markets may find upside follow-through on this inflation report. Futures tracking the Dow Jones are little changed, pointing to a muted start. The economic docket is rather light. With that in mind, this will leave indices like the Nikkei 225 and ASX 200 awaiting the FOMC rate decision due later on Wednesday.

Dow Jones futures have left behind a Shooting Star on the daily chart below. This is as the index struggled to break above the 34246 – 34707 resistance zone. While this is not necessarily a reversal warning, downside follow-through could increasingly open the door to that outlook. Immediate support is the 20-day Simple Moving Average, clearing under exposes the 50-day equivalent. 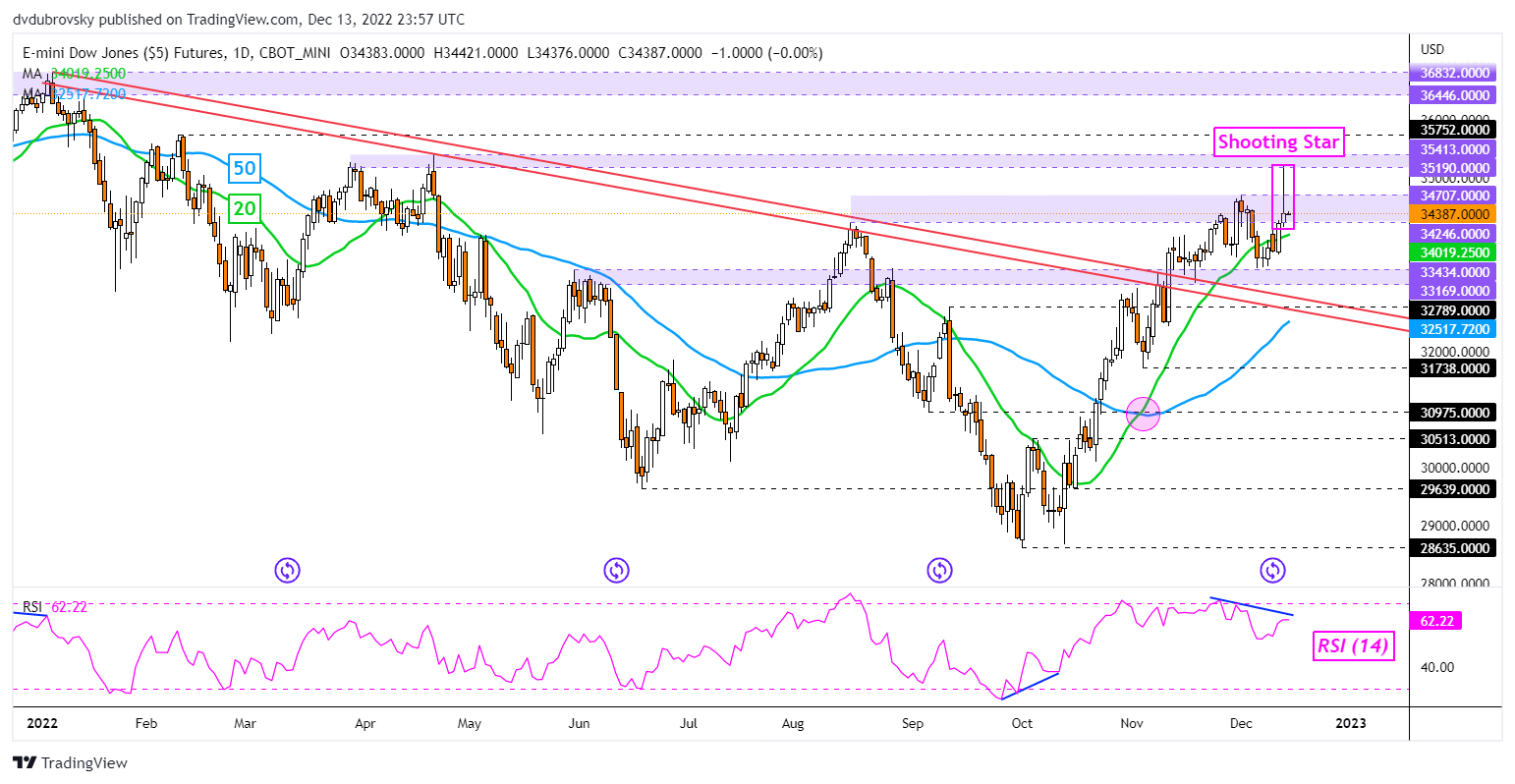